I Am the Media: Students on Role of the Media 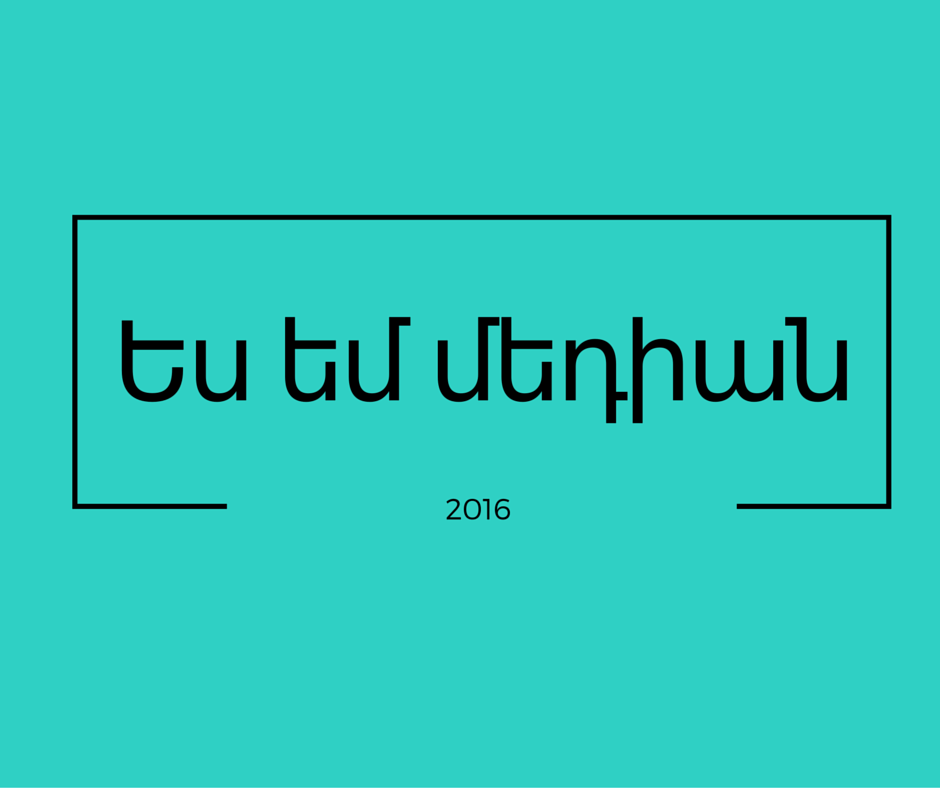 “I am the media because I try to break stereotypes by all possible means and be as I would everyone else to be, thanks to the media. I would like to see our media free, independent, outside of all types of stereotypes, and truthful,” says Armenian State University of Economics Department of Management student Haykuhi Grigoryan, the winner of this year’s I Am the Media contest.

This is the second time the Media Initiatives Center [the organization also responsible for this site] has held the I Am the Media contest, this time proposing participants submit work in one of five categories:

Of the 18 entries received, the authors of the top four received prizes. 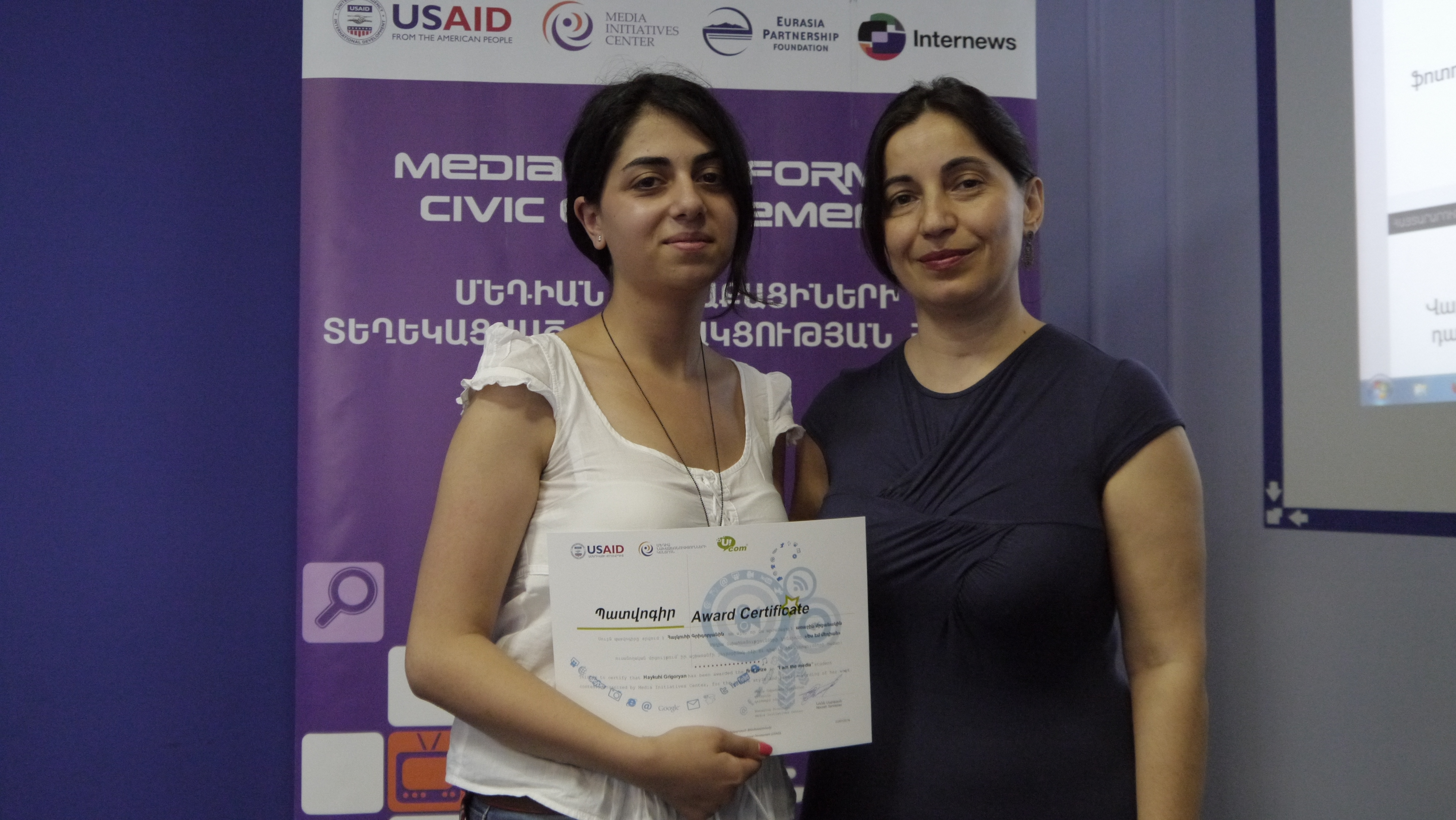 “Each member of society is a carrier of the media, the media’s transmitter. I believe the media is the main method of uniting society,” says Yerevan State University Faculty of Journalism student Mariam Mkrtchyan.

The other award-winners had selected the I Am the Media category, each in their own way understanding and presenting media’s “character,” role, and task in modern society.

In third place was American University of Armenia Department of English and Communications student Kristine Soloyan.

“We can’t avoid being the media, since we constantly communicate with people, we receive and impart information at any given moment. We are born media. And now time obliges [us] to be good media, since today people interact with information more,” says Kristine. 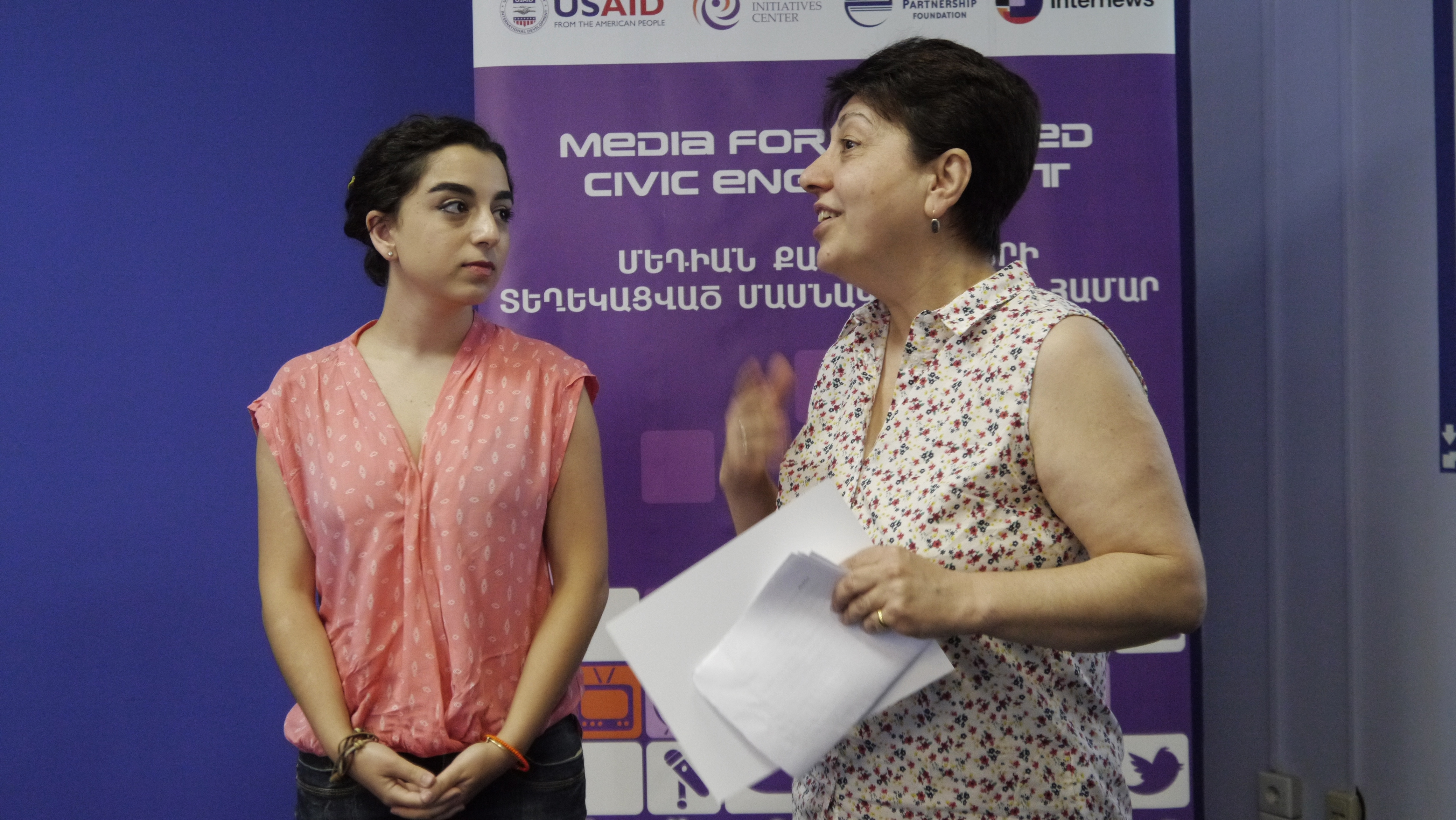 Yerevan State University Faculty of Journalism student Suren Stepanyan received the I Am the Media contest’s encouragement award. In his opinion, journalists have to be more conscientious and educate themselves, since if their education is weak and incomplete, it might harm people.

The Media Initiative Center (MIC) is actively engaged in spreading media literacy in Armenia, collaborating with schools, universities, state institutions, and NGOs. The I Am the Media contest is an opportunity for students to reflect on and describe the media’s role in their lives, and the work of journalists and media outlets. 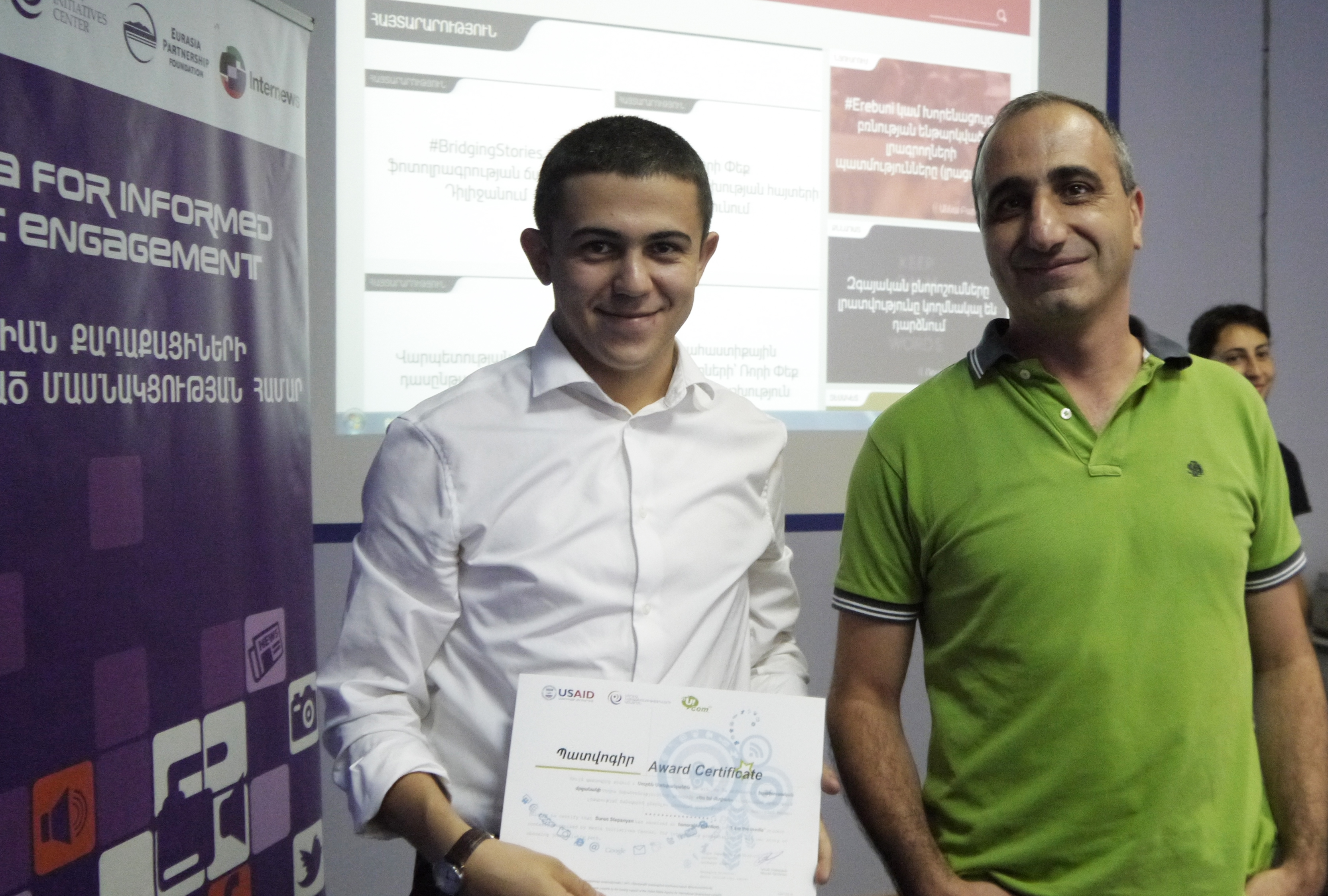 MIC’s media literacy projects are part of the Media for Informed Civic Engagement program, which is funded by USAID.

Support for the prizes of this year’s winners was provided also by Ucom, BarCamp Yerevan, Zangak Publishing House, and Journalists for the Future NGO.

I Am the Media contest winners’ work will be published in the Vox Populi section of Media.am.