Another One Bites the Dust: 1in.am Ceases Operations After 6 Years 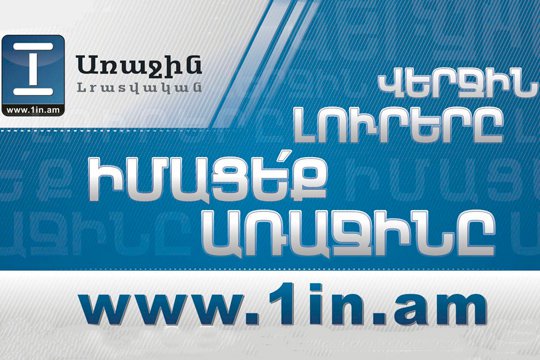 On July 10, after 11:30 am, Armenian news portal 1in.am stopped updating its newsfeed, and at 11:05 am, it published an unexpected statement on its website with the headline “The Time Has Come… Thank You” [AM].

The statement without attribution says that “the motivation, strength, and fervor needed to move forward at this moment is absent. We’re ceasing our work, until it’s possible to regain these and get reestablished.”

It seemed to be just a joke. But during the entire day following the announcement, if one thing became clear in this mysterious announcement it’s that it wasn’t a joke. Though “motivation,” “strength,” and “fervor,” or their absence are not that serious if the website, newspaper, and news and analysis center shut down even temporarily, especially since 1in.am “succeeded in being one of Armenia’s leading media outlets in the online domain.”

The comments below the announcement vary: there’s regret, there’s malevolence, and simply a question: but why?

And the answer to this question, basically and publicly, hasn’t yet been heard. Let’s not chase theories and rumors: the public has the right to know the truth, even when a media outlet shuts down. And especially if its slogan is “Find out the latest news from the first”.1

It’s a professional chronic illness: when a media outlet shuts down, your heart aches. In Armenia, we’ve seen media outlets forcibly and violently closed, and those deprived of broadcasting in a “civilized” fashion… We’ve stood by our colleagues, made a fuss.

But 1in.am, operating since 2010, and its Zhamanak newspaper (founded in 2006) ceasing operations is not like the ones before. There’s no official comment or specific reason: chief editor Arman Babajanyan isn’t replying to phone calls, 1in.am journalists are refraining from saying anything. Some say they also discovered the news from their website (the 2–3 employees standing outside the newsroom insisted there was no one inside, including Babajanyan himself).

Last month, ArmeniaNow also ceased operations, but its employees publicly stated the reason: there was no funding.

By the way, the hearing for 1in.am journalist Siranush Papyan’s lawsuit against police chief Vladimir Gasparyan is appointed on July 26 at the Court of General Jurisdiction of Kentron and Nork-Marash Administrative Districts. Court staff informed Media.am that “as of this moment [July 11] nothing’s changed, and the court session will take place on that day.”

Papyan appealed to the court for compensation for the damage caused to her honor and dignity (particularly, Gasparyan’s public apology for his remark to her at Tsitsernakaberd Genocide Memorial on April 24:  “And I, forgive me, don’t see a woman in you”).