How Armenia’s Media Worked During the Heavy Fighting in Karabakh 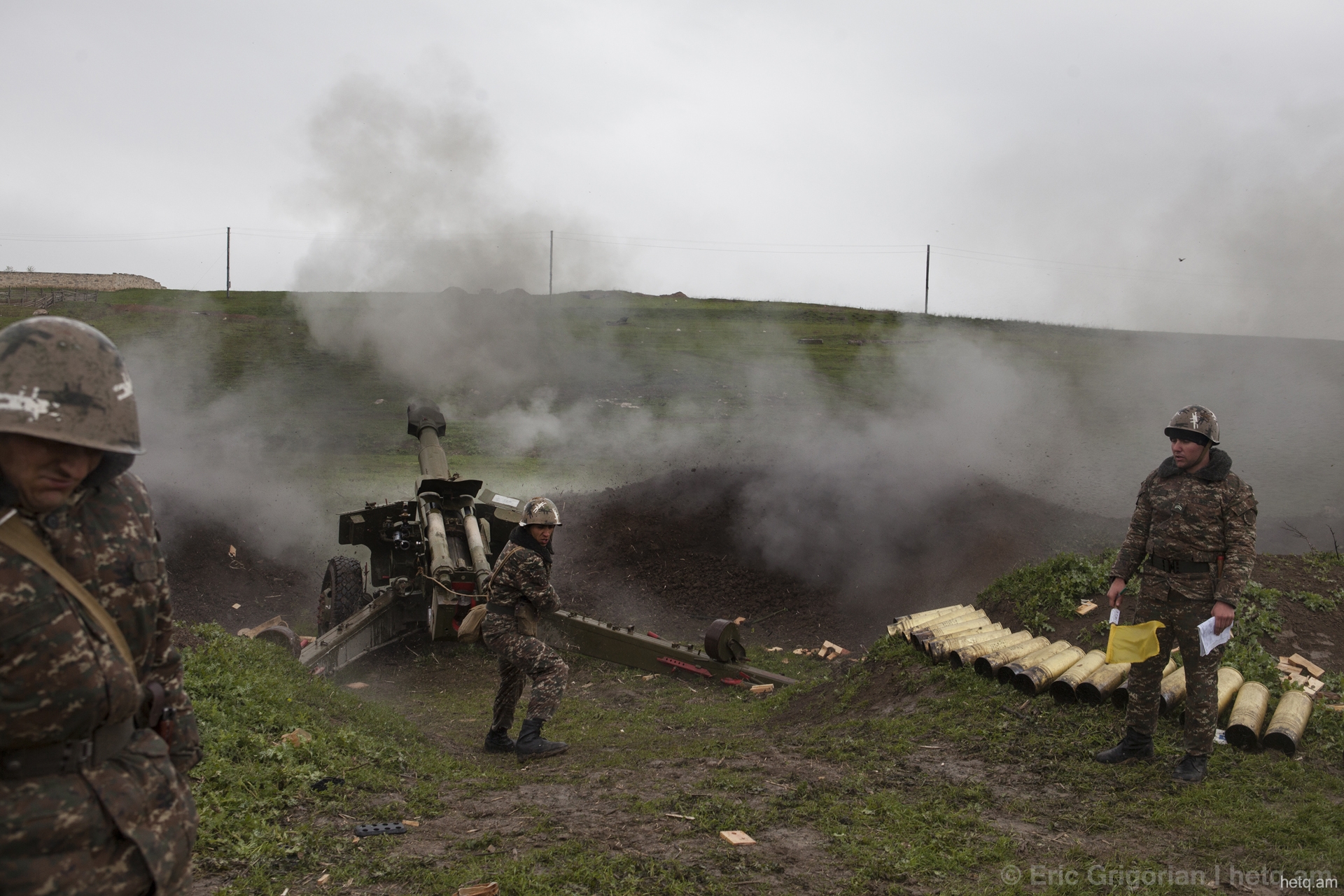 The situation on the Karabakh-Azerbaijan Line of Contact became aggravated the night of April 1–2. Military actions began over the entire length of the Line of Contact. The fighting lasted four days.

Editors and media experts comment on the the work of the media during an emergency situation.

To assess the work of the media during those days, monitoring must be conducted. But from what I gathered, there was, nevertheless, some hunger for information: questions arose among the public, people felt the need for more information. This applies even more, perhaps, to state institutions.

I think, there was a need for more credible information, and if those pieces information weren’t enough from state institutions (of course, I’m not talking about secrets and the information that might in any way cause damage to army operations), media outlets should’ve been even more active.

But we should approach all of this with reservations because media outlets in extreme conditions have to quickly rearrange their activities, and it’s understandable that there might also be shortcomings in that respect. Overall, I must say that online media, in particular, worked quite well.

We had greater expectations from TV companies. In recent days, they’re broadcasting quite detailed, lengthy news programs, but in the early days, there was a great media “hunger.”

Of course, state media dominated, and in this respect, I must emphasize especially the work of Civilnet’s Tatul Hakobyan and Hetq’s Edik Baghdasaryan, who separately disseminated more credible information than some TV stations.

I think, media outlets must more actively cooperate with state bodies and the expert community, so the public doesn’t sense a lack of information because in such a situation public support of state actions is very important.

I think, the main burden had to fall first of all on TV companies’ nationwide channels, but of these, only Yerkir Media tried to keep the public more or less informed. The rest, and first and foremost the Public TV of Armenia, seem to have been avoiding active information work. I think, this was compensated by the vigor that the online media sector displayed.

Numerous online TVs and portals stood out by their correspondents’ active coverage. And I think, that was the main reason that the Armenian public, which naturally was concerned and wanted to get current information also through images, was more or less informed of developments. And informing was important in terms of not only facts and figures, but also keeping the public more or less calm.

When there’s no information and what’s to be done is uncertain, panic and anxiety emerge, which is a serious threat also for state security. And, unfortunately, the contribution that leading broadcast media should’ve had in ensuring that security, they didn’t.

There were a great deal of attempts at misinformation also by the Azerbaijani side, but our colleagues, who call themselves experts in information security, I think, worked very well and presented to the public what sort of information can be trusted and for which information it should exercise caution.

For technical reasons, I was unable to follow TV news and programs. I followed mainly online media and, I must say, that, as far as I was able to follow, they mainly satisfied me, as a media consumer.

I more so availed of the online versions of traditional media outlets and established newspapers, which also had correspondents in Karabakh at that moment and from where information was coming first-hand. In my opinion, all the journalists who were there worked very well, especially Hetq editor Edik Baghdasaryan, Tatul Hakobyan working for CivilNet, and photographer German Avagyan.

In my opinion, even in that difficult situation, the section of the media that I was following was able to provide sufficient information on what was happening. Of course, official information dominated, but during a war, any other way, I think, is difficult.

Media outlets worked well; in terms of checking and publishing information the work was quite coordinated. There were some ethical and professional violations the first day, which later, as a result of the advice and exhortations of various experts, were resolved.

Appeared online was also a “list of shame” of those sites that, taking advantage of the military situation, tried to fish in troubled waters. Useful tips for users were published, due to which users were able to avoid getting a computer virus or losing their social media accounts.

I think, the main problem during these days was the source of information: there were almost no journalists the first two days at the scene of the military operations. But afterwards, journalists got an opportunity to be there and to ensure the necessary amount of information.

There was a lack of information the first two days, related to the number of casualties. Everyone, especially relatives of the soldiers serving there, was waiting for information: it came the third day.

Social networking sites exhibited a lot of unanimity this time, there was no panic as in the past. There was also a diversity of opinions, which is likewise positive, in my opinion. And no one tried to suppress or restrict that diversity.

There was a terrible volume of information and an awful amount of work. During those days, we were constantly forced to adopt ethical and other types of decisions — and exclusively by our own responsibility and without having the prior experience. We decided what to publish, what not; only by our own estimation did we presume that something might contain military secrets.

No manual exists; no one informed us, for example, if the movement of troops is a secret or not. This knowledge is lacking now too. We need something like a manual; there’s a need to define rules.

We tried to put the emphasis mainly on official information, so that, as it is in medicine, we don’t do harm, since it can be assumed that our slight harm might cost soldiers’ lives.

It turned out during military operations, journalism ethics, all the rules confirmed previously, seem to be erased. In the past, Aravot never took photos of corpses, never covered burials. These days we did that: many times simply realizing that this is a necessary fact to show the face of this war.

Compared to similar states of emergency in the past, the media this time worked very well, effectively, and satisfied public demand. Over the years, media outlets have begun to provide more cool, neutral and objective journalism. The majority have a correspondent in Artsakh. Naturally, the information from the frontline was always the defense ministry’s, but information about the overall situation came from the media.

But there were wholly strictly ‘grant[-obtaining]’ media outlets, which more so offered Azerbaijani news, Azerbaijani sentiments than real information.