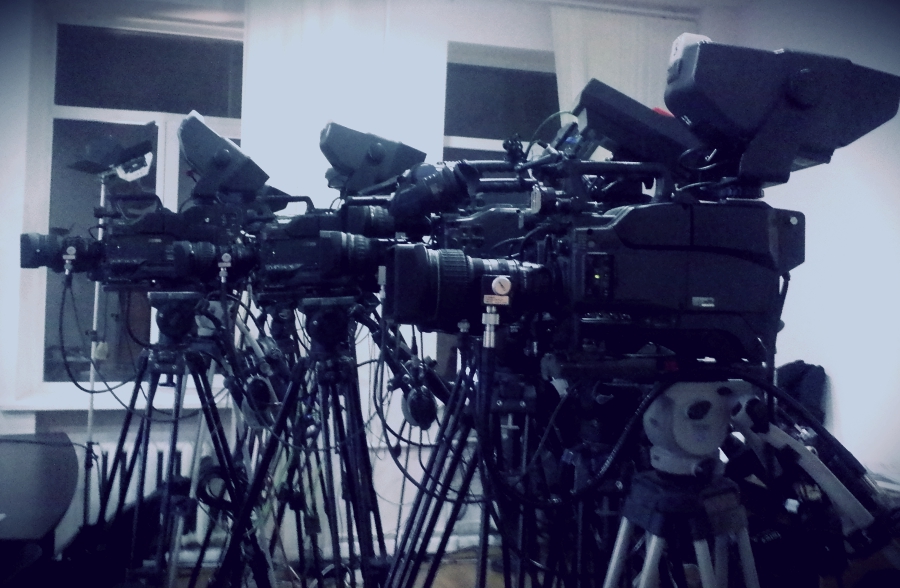 Relinquishing the powers of the court to the National Commission on Television and Radio (NCTR), and a Sword of Damocles over cable television broadcasters. This is how Committee to Protect Freedom of Expression President Ashot Meliqyan, in conversation with Media.am, described the proposed additions [AM] to the Law on Television and Radio Broadcasting.

With this draft law recently presented to the National Assembly, the government is proposing to reserve a completely new right to the NCTR — to suspend until 8 pm on Election Day the license of a broadcaster that twice committed a violation during elections.

There are four violations that if repeated or continued are subject to license suspension.

A one-million-dram fine (about $2,038 USD) is applied if all these violations are committed once; if repeated or continued, the draft law proposes suspending the broadcaster’s license. The first two violations currently exist in the law, but the last two and especially the license suspension “sanction” is being introduced for the first time in this law that has been in effect since 2000.

“Under these conditions, the NCTR assumes the role of the court,” said Meliqyan, remarking that the NCTR either doesn’t apply its already broad powers outside of elections or applies them selectively.

“I don’t rule out that these powers will also be given. And I’m almost convinced that they’ll turn a blind eye to those TV companies that serve very obediently, and only those TV companies that are associated with opposition or non–ruling parties will become the target. One more thing: during elections, broadcasters will hardly manage to dispute the suspension decision in court and basically will ‘be silent’ until the end of voting.”

The authors of the bill, in an attached justification, explained the need for such a change as follows: “We believe the aforementioned is a legal tool to prevent Electoral Code violations on television especially on voting day. It should be recalled that the previous electoral experience proves that on voting day itself a TV company provided airtime to candidates and explicit campaigning was conducted, for which there was no effective legal mechanism for prevention [referring to Kentron TV and the 2012 election campaign].”

As for the definitions of “demonstration of discrimination” and “campaign information that is impartial and free of assessments,” aren’t such abstract, difficult to measure violations in the law perhaps an endless source of subjectivity?

In Meliqyan’s opinion, there is some subjectivity. “To define what impartial means in detail in the law is quite difficult. Though, if some circle of journalists assembles, it could provide the wording for this.”

And oblige the NCTR?

No, of course it can’t oblige the NCTR. It can provide advice, submit an expert opinion.

And do you think that the NCTR will heed that advice?

No, not at all. The National Commission on TV and Radio to this day has not taken into account any expert opinion and has considered that we simply don’t like the Commission and we don’t want to notice its “good work”.

But the NCTR already has quite a lot of leverage toward cable TV companies. Why make it stricter? To make the NCTR more powerful, so that the dominance of the state campaign won’t be weakened.

According to Meliqyan, in general, everything within the scope of the changes to the electoral legislation that relates to the media sector “is a total assault on news media.” “It’s obvious that the authorities are taking all the preparatory, including legislative steps to create conditions during elections that are favorable to them, to apply all those mechanisms that will allow them to remain in power.”