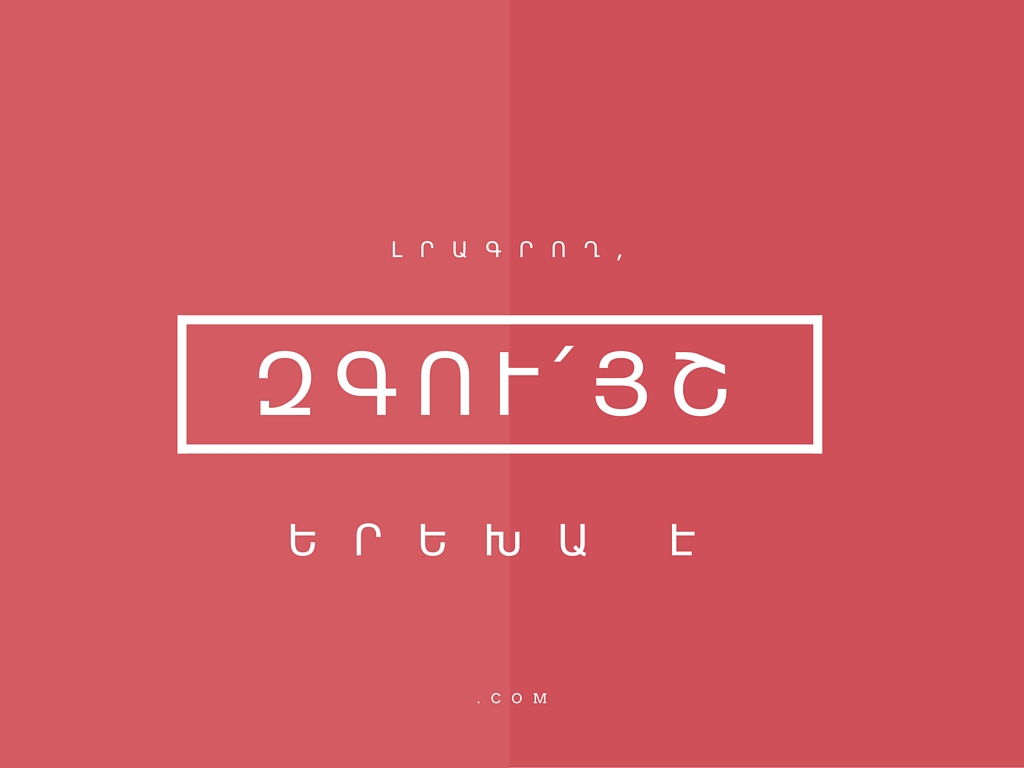 Shamshyan.com has committed a violation of journalism ethics, publishing a story [AM] on the alleged suicide attempt of two children at a boarding school, concluded the Yerevan-based Media Ethics Observatory (MEO). According to the MEO judgment, the initial version of the February 28 news story on shamshyan.com violates general principles on publishing news stories on children and runs contrary to the ethical principles of Armenia’s media outlets and journalists.

The MEO cited Article 4.3 of the Code of Ethics of Armenian Media and Journalists, which states that editors and journalist must be “especially tactful when the sources of information or the heroes [subjects] of publications are children or minors. Be careful when disclosing the identity of juvenile detainees, defendants, convicts and victims of sexual crimes.”

On February 28, Shamshyan.com published an article titled “Emergency in Yerevan: As a result of rescuers’ proper action, children’s suicide was prevented at a children’s care and protection boarding institution: PHOTO REPORT” in which first and last names and the ages of the underage children who “attempted suicide” were reported. The story was accompanied by the children’s photos, in which their faces (close-up) were clearly seen. Several news sites republished the story, copying the children’s personal details verbatim.

Armenia’s Child Protection Network, which unites 39 child protection NGOs, issued a statement [AM] urging media outlets when publishing stories involving children to take into account the UN Convention on the Rights of the Child and the rules of journalism ethics.

“When reporting on incidents involving minors, the child’s inviolable right to privacy must be fully respected,” reads the statement, which also recalls that information that may reveal a minor’s identity should not be published, in the context of such negative circumstances that may result in labelling, as well as hinder the child’s access to education, safety and other rights. In reporting on an issue related to a child, the journalist must be guided by the paramount interest of the child and the principle of not violating his or her dignity, reminded the authors of the statement.

According to Armenia’s Child Protection Network Program Director Tatevik Gharibyan, the right of respect toward children’s privacy was violated with these media reports.

“Children are a vulnerable group and coverage of them should be carried out taking into account their real interests. Publishing children’s first and last names, posting photos where their faces are clearly seen may cause harm to children, label them, and isolate them from their peers and society,” says Gharibyan.

The MEO urges when preparing such reports in the future, to be guided by accepted ethical standards, striking a balance between the public’s right to be informed and the protection of children’s rights.