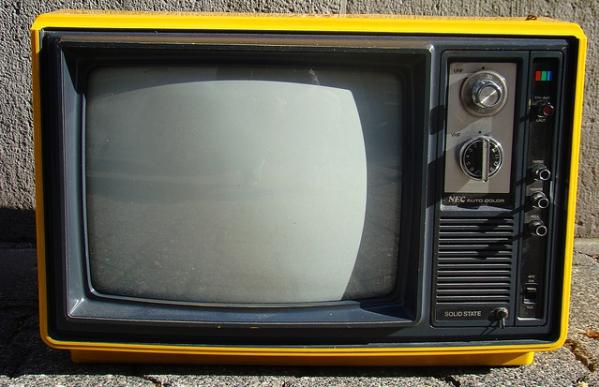 The switchover from analog to digital broadcasting in Armenia set for January 1, 2016, will happen gradually. Analog broadcasting will be available so long as low-income families have not received the DVB-T2 receivers that are required for the broadcast transmission of digital terrestrial television free of charge.

The government has committed to providing low-income families with these analog converter devices. Deputy Head of the Department of Information and Public Relations of the RA Ministry of Territorial Administration and Emergency Situations Nana Gndoyan in a phone conversation with Media.am stated that the devices have already been ordered from abroad: they’re on their way but have not yet entered Armenia.

According to an October 8, 2015 Government of Armenia decision [AM], the 48,733 DVB-T2 digital TV receivers to be acquired, at a total cost of 365,497,500 AMD (about $755,113 USD), will be gratuitously handed over to the Ministry of Territorial Administration and Emergency Situations. At the same time, this ministry and the Minister of Labor and Social Affairs within 30 days had to have submitted a proposal on the distribution of the devices.

Television and Radio Broadcasting Network of Armenia Director Grigor Amalyan informed Media.am that analog broadcasting will be switched off according to those areas where low-income families have already received their DVB-T2 receivers. “As long as low-income families to whom the state has a duty have not received these receivers, we won’t do the [analog] shutoff in the corresponding area,” he said.

“Vulnerable citizens can rest assured that until the digital devices are not installed, analog won’t be shut off; that is, television will be affordable and accessible to everyone,” said Gndoyan.

The Ministry of Labor and Social Affairs is waiting for the receivers in order to provide the list of the recipients of these devices. According to Deputy Head of the ministry’s State Social Security Service Armen Margaryan, “The moment they want to distribute the devices, we will provide the list of socially vulnerable [families] in an hour. We haven’t done that [yet] so that the list will be accurate: in these two months, people have come who were deprived of [their] benefits; others, who were added.”

By the way, Minister of Transport and Communication Gagik Beglaryan about a year ago was speaking about providing about 100,000 such devices to the working class; advocates were saying that there are 130,000 poor families in Armenia, according to official figures alone. But proceeding from the aforementioned government decision, 48,733 devices are being acquired for this purpose.

Amalyan explained that the tender was announced on the condition of purchasingg 150,000 devices, and this is the first tranche, and it was funded by the savings of the agency he manages.