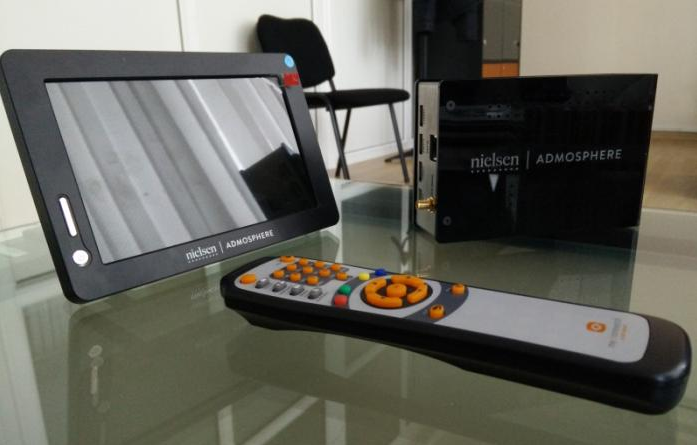 The company measuring TV audiences in Armenia will change.

It will be replaced by newly created company Admosphere Armenia, whose partner is the Czech media research firm Nielsen Admosphere.

As a bit of background, it’s interesting that major corporation AGB Nielsen Media Research was the first such company in Armenia, which had the monopoly from 2005–2008.

It became clear that Armenia’s television industry would be left without measurement.

The issue is that on Jan. 1, 2016, Armenian television is switching to digital broadcasting, and Telemediacontrol at the moment is able to measure only analog television.

And since GfK hasn’t expressed a desire to make additional and quite large investments into Armenia and modernize the equipment and technology, making them comply with the measurement of digital signals, Telemediacontrol will exit the market. In other words, it’s declared a withdrawal.

Furthermore, GfK requires guarantees. The major international company even refused to work in Belarus, though it won the tender there, because Belarus couldn’t give GfK bank guarantees.

Armenia’s television industry found itself in an unfortunate bind: no measurement company, which just won’t do.

As a result, Admosphere Armenia was established, which will measure audience ratings nationwide exclusively and will enter the market without a previously announced tender or competitors. No need for a tender was felt, perhaps, for the reason that there were no competitors. Major international audience measurement companies aren’t rushing to enter Armenia, and digital TV measurement companies, as a rule, are large and international.

Avetyan said that establishing a new measurement company was the initiative of Telemediacontrol employees. They’re the ones who began to search the international arena for a company suitable for Armenia. They found one and signed a joint working agreement.

The company was Nielsen Admosphere, operating in the Czech Republic (as well as in Bulgaria and Slovakia), which from its onset was a local company, named MediaResearch. It garnered the attention of research methodology and technology giant Nielsen, which became a co-owner, acquiring a 51% share in MediaResearch.

Thus, Nielsen arrived to the Czech Republic, then branching out — to Armenia. It’s simply that the word “Nielsen” disappeared when it reached Armenia.

The Nielsen brand doesn’t identify the Armenian company in its name, which would allow the prestigious company to have a direct connection to it.

Telemediacontrol and simultaneously Admosphere Armenia Executive Director Vazgen Avetyan sees nothing strange about that. According to him, the Admosphere brand has long been identified with Nielsen. And it makes no difference which of these two brands is part of the Armenian company’s name.

Arguably, there are differences. Nielsen, as a rule, always designs the sample itself, relying in different countries on its experts, using only equipment and software it manufactures. Nielsen’s software is Arianna, while Admosphere Armenia will use the Czech software Adwind Kite.

The new company will organize a launch and present its next steps. Director General of the company Arman Vardanyan has said [AM] that the reputable audience measurement company’s emergence (in the Armenian market) will help prominent companies increase the volume of advertising placed in Armenia.

Currently, Nielsen Admosphere’s Czech experts together with Admosphere Armenia are developing their future tasks and preparing to enter the market, with newly commissioned research, and the sample, measurement panels, and methodology comprised based on it.

Admosphere Armenia will be able to measure not only nationwide television broadcasting, but also cable and satellite television, IP TV, and its “catch up” views. Data collection on new generation TV sets will also be possible.

“Audio matching” technology will be used, which will quickly develop the sound of the TV product being viewed, sending the data to the main server (an eight-minute delay is assumed). Voice recognition will replace image recognition.

According to Avetyan, unlike before, there will be no need to wait until the data is collected and accumulated on the server — they can be viewed online.

At the basis of any measurement is the sample, the small model that best reflects the country’s population, which shows the number of respondents, their sex, level of education, socioeconomic status, and other characteristics. More subtle criteria can also be adopted and a more indepth sociological research conducted (Who watches television? What do they watch? When and why? In what language, and with what expectations?).

Avetyan mentions that in building the sample, they relied on the data of the RA National Statistical Service (NSS). The data was collected by IPM Research, a marketing and public opinion international research institute. Then sampling design was determined, and decided was how many households have to install “peoplemeters” so that the measurement results are satisfactory.

We now know that peoplemeters will be installed in 375 households in 20 cities in Armenia.

It’s interesting that Telemediacontrol worked with the results of fewer (300) households. Avetyan assures us that the number of households was increased in order for the the measurements to be more consistent and detailed.

There are few experts who design sample sizes in the world. And the sample is the key to measurement objectivity.

Typically, the sample established from the research is based on three main sources:

(a)   General statistical data,
(b)  Indicators from electronic meters (if the meter is spinning, then there are actually people in the house and not only residents on paper), and
(c)   Database of fixed telephony (if there are people at home, then sometimes they talk on the phone).

The as-realistic-as-possible picture appears as a result of the combination of studying these three sources.

Now, when starting on Jan. 1, new measurements will be taken corresponding to a new (presumably fresh and accurate) sample, variations between the December and January results is expected. The socioeconomic situation and demographic picture in Armenia has changed in recent years. And if the criteria of the new measurement company actually simulate the present and provide us with the ability to speak about the creation of a database of independent data, the differences may be significant.

Telemediacontrol still operates in Armenia, while Admosphere Armenia is already preparing to operate, but the staff of the two companies is practically the same; it can be said that there won’t be shocking fluctuations. Neither the previous nor subsequent measurement company needs that.

Moreover, the switchover from digital to analog broadcasting won’t be drastic. It will happen in stages, according to the allocation of DVB-T2 receivers required for the broadcast transmission of digital television provided for free to low-income families.

It’s possible that the results of the two companies in January will be synthesized and averaged.