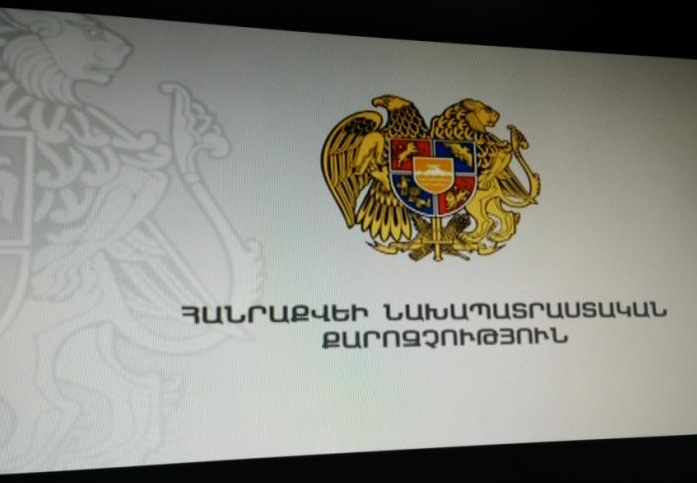 Armenia’s National Commission on TV and Radio (NCTR) conducted a monitoring of broadcast media outlets to determine whether they promoted a “Yes” or “No”  vote during the first 17 months of the two-month campaign preceding the referendum. That is, how proportionately local TV channels presented the advantages and disadvantages of the proposed amendments to Armenia’s Constitution to their audience.

The NCTR did not observe any violations in coverage. Even if there had been some imbalance in the coverage, it wouldn’t have been considered a violation since the campaign is not yet over. These interim results were to help the stations rectify the situation and provide equal airtime and conditions to the “Yes” and “No” parties. 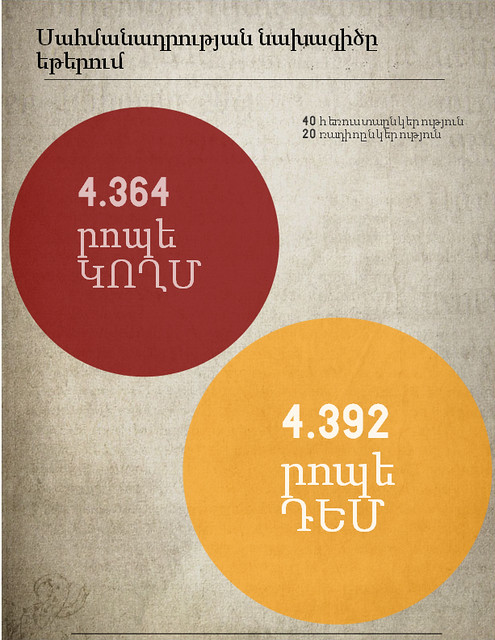 The proposed amendments will change a lot in the lives of Armenian citizens — not only the system of government (about which the most is spoken), but also every citizen’s social and legal positioning.

Interim results of the monitoring of constitutional amendments coverage were offered also by the Yerevan Press Club (YPC), which studied not the entire broadcasting sector, but only the largest broadcasters: the talk shows and news programs of the First Channel of Public TV of Armenia (H1), Armenia TV, Yerkir Media, Kentron TV, h2 (the state broadcaster’s second channel), Shant TV.

The referendum campaign was studied between October 26 to November 5. Taken into account were the diversity of opinion and the possibility of becoming acquainted with the different positions. 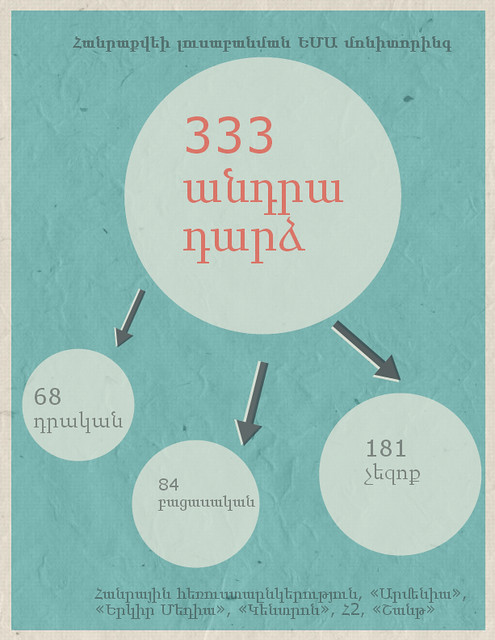 During this period, there were 333 references to the constitutional amendments: 68 were given positive treatment: 84, negative; and 181, neutral.

In YPC President Boris Navasardyan’s opinion, though it’s early to draw conclusions, worrying trends of television coverage are being outlined. Since citizens are being asked to vote on the Constitution’s entire text (and not individual provisions), that citizens would express a differential attitude toward different provisions is not ruled out.

Another issue is that mainly heard on air was the voice of political parties and parliamentary factions; meanwhile, there are numerous civil society groups, experts, and a civil society, after all, who have clear opinions but which were not made available to audiences. Also, some TV stations didn’t allocate any airtime to independent MPs and political parties not represented in parliament.

“At this stage, more is spoken about government–opposition relations than the content of the Constitution,” says Navasardyan.

The Constitution is a document that not only is extensive and written in complicated legal jargon, but also requires decryption of several provisions and paragraphs.

Experts who have a grasp of legislation and the obvious and hidden aspects of it can do a lot to make constitutional amendments and their consequences comprehensible and accessible to the public.

And during this campaign, which provides very little time for voters to understand the depth of the amendments, journalists become mediators. Perhaps now this role is predominant.