I Am the Media Contest: Students on Media Literacy 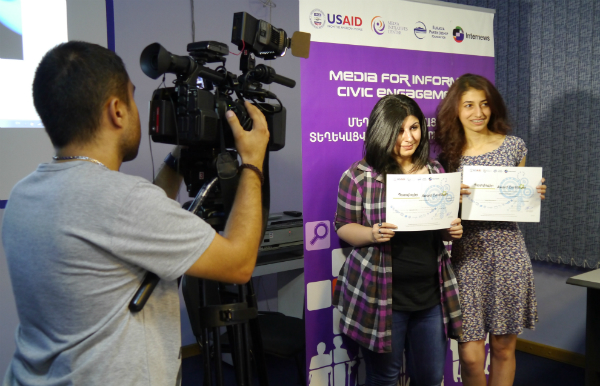 “I looked in the mirror, saw my disheveled hair, my dusty Keds, and my tired eyes and realized that I too am going to write a story. If they ‘shoot’ me now, I’ll be a photograph.

“If they get me to jabber before the camera, I’ll be a reportage; [if] I answer questions in writing, [I’ll be] a magazine interview.

“I picked up the charcoal and recalling my professor’s famous remarks, [I] wrote ‘life’ on my forehead. Because I was convinced — I am the media. Because I am simultaneously the carrier and transmitter.” This is how the story that won first place in the I Am the Media student contest concluded, in which author Syune Sevada presents her ideas of media literacy, and the importance and impact of the media.

The student contest organized by the Media Initiatives Center [the organization also responsible for this site] aims to give students the opportunity to think about the surrounding media, its impact and role; to present personal stories of how media has helped or, the opposite, misled them; and to voice how they would like to see journalism and news outlets. 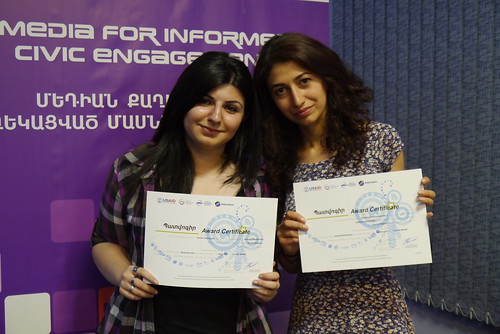 “I tried to build my story based on Gagik Hovhannisyan’s well-known remarks ‘Journalism is the mirror of life’ and explain why journalism is the mirror of life, why to picture people’s socioeconomic status one should look at their shoes on the bus. I love my profession and I believe that you should do something great or not at all. I try to do [it] as well as possible — helping me in this are both my professors and my editors,” says Sevada, who is a student of the Faculty of Journalism at Yerevan State University (YSU). 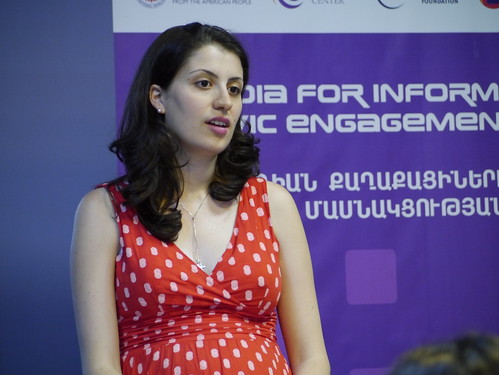 Of the 14 applications received, four won — first place went to Sevada; second place to Azatuhi Khachatryan; and third place was shared by Amali Khachatryan and Lilit Hovhannisyan. Receiving an Honor of Distinction was YSU Faculty of Physics student Rubina Davtyan, who focused on the issues of science journalism.

Third place winner Lilit Hovhannisyan, who submitted the only video to the contest, reflected on media manipulation and the case of interpreting reality in different ways. 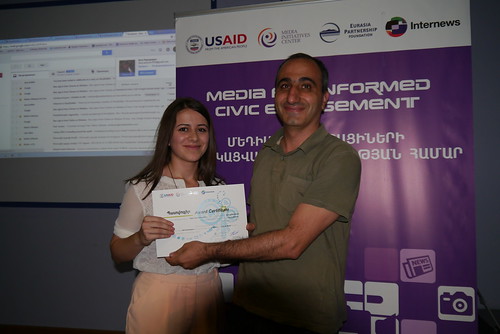 “With my video, I tried to present the situation of the media in Armenia and urge everyone to criticize and scrutinize everything they see in the media. It will make everyone more educated and will help to change the situation of the media today. It pains me a lot that, in general, I don’t believe the media, and I want to change this,” says Hovhannisyan, a student of the American University of Armenia’s Department of English and Communications.

“I read the texts of the children of independent Armenia — free, at ease, free as much as possible from stereotypes, with a subtle humor that is sometimes concealed but sometimes open, which is typical for this generation. As for depth and completeness, it’s a matter of technique, which will be corrected over time; this doesn’t bother us. We want to see beneath these lines a thinking person, an individual with an independent opinion and view,” says jury member and acting head of the Armenian State Pedagogical University’s Department of TV and Radio Journalism Levon Galstyan. 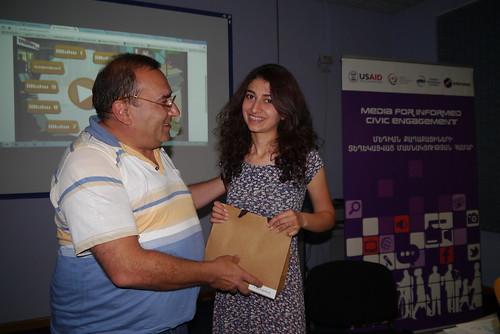 According to Galstyan, a special class on media literacy will be available to fourth year BA students of the Armenian State Pedagogical University’s Department of TV and Radio Journalism.

“This will be helpful for gradually introducing the subject to the education system in the future. Media literacy — the ability to avoid media threats, to orient oneself in the flow of information, and to distinguish good from bad — is a very difficult and important issue, and I’m glad that it’s developing,” says Galstyan. 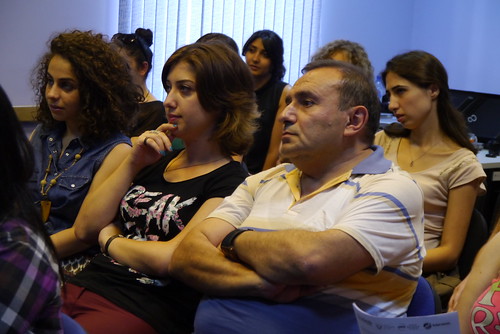 “A few years ago, printing the Media Literacy Handbook [AM] for teachers, we mainly worked with schools and teachers. Later and especially this year, we are working with different groups in society —  NGOs, libraries, community organizations, universities. We’ve boosted our student programs; we’ve facilitated short screenings and discussions at universities; we held a student contest; and parallel to this, we’re trying to invest in optional media literacy courses for students. Through our partner InfoTuns, media literacy classes and events are held also in Armenia’s regions. In the coming years, we plan to develop a new computer game,” says Grigoryan. 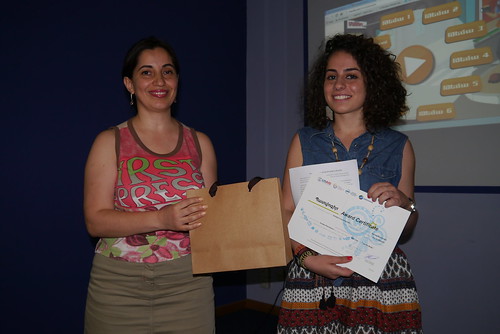 In recent years, MIC has been actively engaged in spreading media literacy in Armenia, collaborating with schools, universities, state agencies, and NGOs. The I Am the Media contest was another step to start a discussion among young people on the topic of media and information. MIC’s media literacy projects are part of the Media for Informed Civic Engagement program, which is funded by USAID. 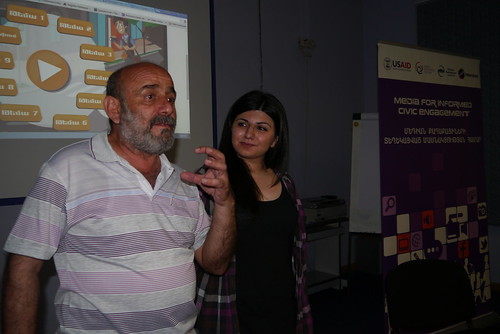 Financial support for the contest was provided by Orange Armenia and Ucom. The event was supported also by BarCamp Yerevan.

Throughout the month of July, I Am the Media contest winners’ work will be published in the Vox Populi section of Media.am.