On the Scene: Ani Gevorgyan 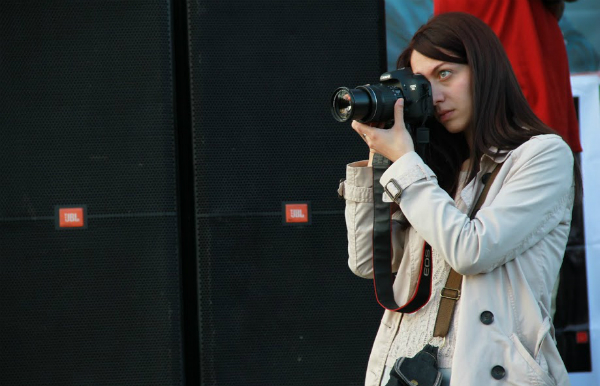 In 2008, Ani Gevorgyan was a student at the Faculty of Journalism at the Russian-Armenian (Slavonic) University when she, along with members of her family, began to take an active interest in political processes.

It was then that she received an offer to work as a journalist for the daily Hayk.

In the newsroom, she noticed the digital camera ignored by others and began to take an interest also in photojournalism. She currently works at the daily Chorrord Ishkhanutyun.

She is also in charge of the information committee of the youth wing of the Armenian National Congress. 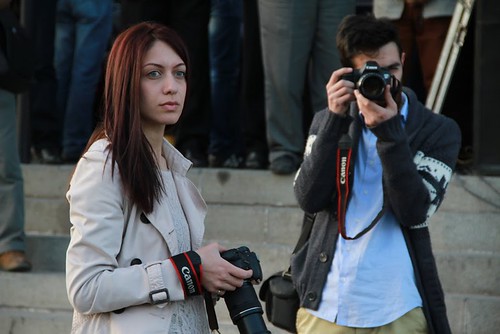 “The camera became a serious tool for me because through it I was able to capture the attacks on activists and representatives of mass rallies. That is, initially, I mainly used photography to serve the purpose of recording crimes.”

Gevorgyan has come in contact with police on several occasions: she was twice detained while carrying out her professional activities, while this past New Year’s Eve, her and her brother’s work equipment — cameras, a computer, and electronic storage media — was stolen.

The criminal case concerning the theft was recently suspended. 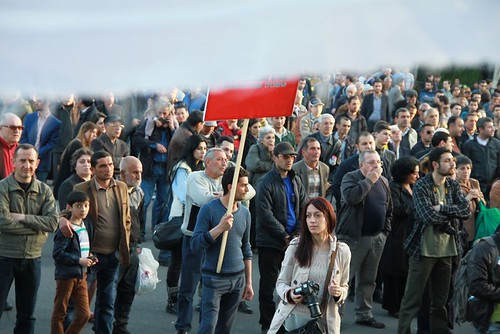 “That the case was dropped proves that the theft occurred with a clear purpose and [under] clear instructions. Ruling this out, naturally, is not possible, since the criminals cannot reveal themselves and punish themselves.” 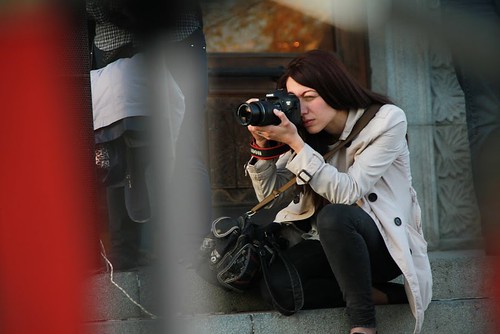 “In Armenia, every journalist is one day faced with a choice: to continue to work as an independent journalist with many problems or join any well-known media organization and fulfill clear orders. I’m not talking of course about what’s called ‘objective journalism’ but about the journalist’s inner convictions.”

Text and photos by Sona Kocharyan.