World’s Media Covered Armenia the Most Between 1987–1994 (Infograph) 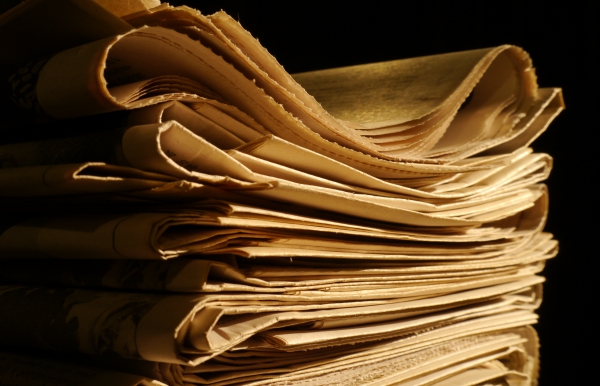 The Caucasus Research Resource Centers (CRRC) recently summarized the amount and frequency of mentions of South Caucasus states in international media reports using data from the Global Database of Events, Language, and Tone (GDELT). The GDELT is a project supported by Google Ideas that monitors the world’s broadcast, print, and web media from nearly every country in over 100 languages.

The CRRC observed the average monthly intensity of media coverage between January 1979 and October 2014. “After extracting and normalizing the data, what emerges is a snapshot of climatic moments in South Caucasian history that were reported on internationally. By comparing the timing of intensity of coverage with reporting on events in major media outlets such as the New York Times, we are able to identify which events garnered international attention and caused peaks in intensity of coverage,” reports the CRRC. Such “climactic moments” weren’t few in this region in the last 35 years.

Georgia, for example, captured the international media’s attention in August 2008, during the war with Russia. The event was reported more widely because it happened against the backdrop of the Beijing Olympics, which aimed to promote peace on earth, while on the same day (August 8) a superpower attacked a smaller country.

In Armenia and Azerbaijan’s case, unsurprisingly, “the[ir] destinies […] are tied together due to the Nagorno Karabakh conflict,” which can be seen in several peaks in mentions of the two countries in media reports. 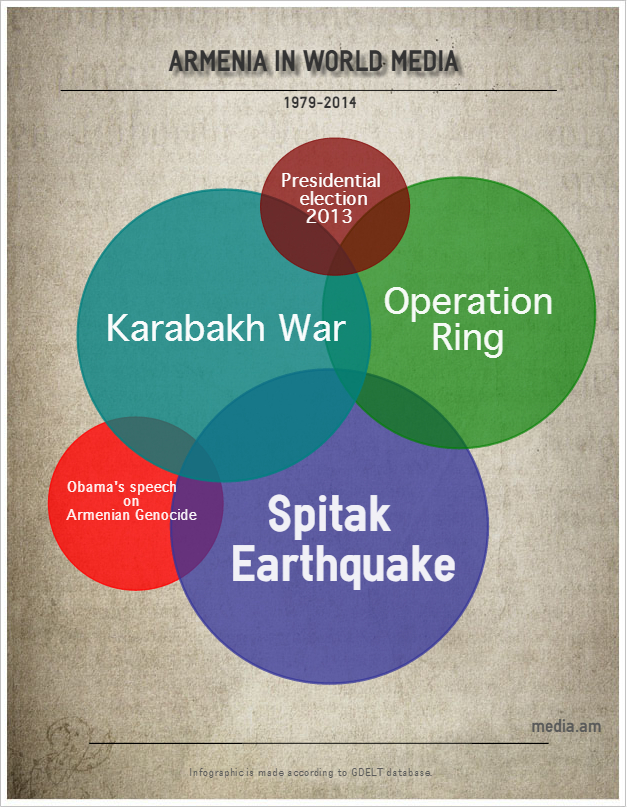 However, there are also points of divergence. One of the peaks of mentions of Armenia specifically was the 1983 terrorist attack at a Turkish Airlines check-in counter by Armenian nationalists in France. The Armenian militant organization ASALA later claimed responsibility for the attack. This news was of global significance, though disseminating it in Soviet Armenia was not advised.

Naturally, a great amount of media attention was paid to Armenia during the 1988 Spitak earthquake.

The Karabakh conflict, the Spitak earthquake, Operation Ring, the January Massacre, and Armenian forces capturing Kelbajar were events that were widely covered by the international media.

The peak that followed these events was the October 27, 1999 shooting in the Armenian parliament.

The occasions were nearly always tragic and turbulent, while in the 21st century, Armenia was mentioned less by the international media. It’s apparent from the graph that the normalization of Armenian-Turkish relations and the expectation surrounding US President Barack Obama’s speech on the Armenian Genocide in 2010 (will he use the word “genocide” or not?) were those occasions that were linked the most with Armenia.

The most recent spike in media mentions of Azerbaijan was tied to the Eurovision Song Contest.

The analysis doesn’t detail the (positive or negative) content of the media reports; it only calculates the volume of mentions.