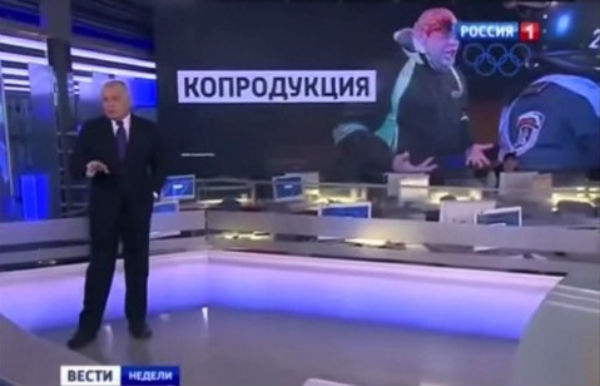 The ANP of the EaP CSF, which unites around 200 non-governmental organizations, issued a statement asking the NCTR to suspend broadcasting of these Russian channels in Armenia and declare a licensing competition for the frequencies made available.

“Many don’t understand the subject of the matter and the true meaning of the statement. A discussion will allow to better perceive and understand the legal and other aspects of the issue. The maximum result that we expect is starting a discussion also at the official level,” he says.

According to ANP member, Free Citizen Civil Initiatives Support Center representative Hovsep Khurshudyan, there is no shortage of examples of the two Russian channels violating the law.

“In those TV stations’ programs, hosts have propagating not only xenophobia and ethnic hatred, but also war. But if the NCTR’s vision is, as always, problematic because the NCTR doesn’t see laws violated even by Armenian TV stations, then we will show [them] in greater detail — underneath a magnifying glass,” he says.

Head of the Helsinki Citizens’ Assembly Vanadzor office Artur Sakunts finds that the broadcasting of Russia 1 and Channel One in Armenia has to become an item on the agenda.

“On the mentioned TV channels, there is mainly hatred spread toward humanity, according to ethnic identity, political views, and so on, which violates Republic of Armenia legislation. The dissemination of programs of such TV stations must be seriously reviewed, based on the approaches that are presented and that contradict the Constitution of the Republic of Armenia,” he says.

Another representative of the ANP of the EaP CSF, Committee to Protect Freedom of Expression (CPFE) President Ashot Meliqyan, is opposed to suspending the broadcasting of Russian TV stations. He believes the Platform’s demand to be groundless, and the colors, saturated.

“Russia’s TV stations at different periods had different journalists who became tools of propaganda. At one time it was Sergei Dorenko; now [it’s] Dmitry Kiselyov. But that doesn’t mean that because of those broadcasts we have to call for suspending these TV stations’ activities. The issue of suspending any news outlet’s activity in general causes a rebellion in me,” he says.

The CPFE president believes that instead of demanding to suspend the broadcasting of TV stations, the Armenian National Platform simply has to explain to the public that there is an information war between Russia and the Ukraine, as well as the West.

“It should be said that these TV stations’ broadcasts should be viewed from the perspective of information war, that not everything broadcast on television corresponds to the truth, and facts are often distorted or are offered in a very tendentious, biased, and not objective way,” says Meliqyan.

The NCTR has not recorded any violations of the law in the programs of Russia 1 and Channel One. In response to a question posed by Media.am, the NCTR’s international relations, information, and development department noted:

“According to Article 27 of the RA Constitution, ‘Everyone shall have the right to freedom of expression including freedom to search for, receive and impart information and ideas by any means of information regardless of state borders. Freedom of mass media and other means of mass information shall be guaranteed,’ and Article 4 Section 1 of the RA Law on Television and Radio [Broadcasting], ‘The Republic of Armenia guarantees the right to freedom of selection, production and broadcast of television and radio programs and forbids censorship’.”