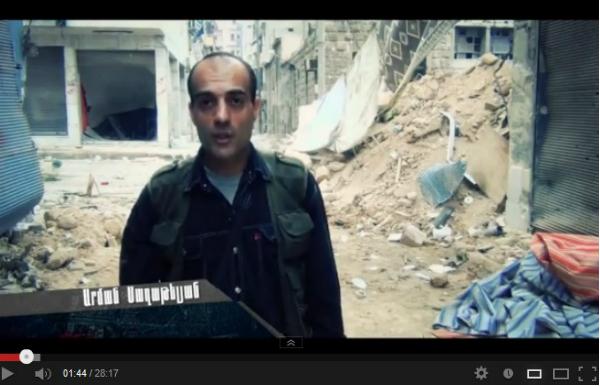 Armenian President Serzh Sargsyan today signed a decree to relieve Armen Arzumanyan from his position as spokesperson of the President of the Republic of Armenia.

By another decree, the president appointed the same position to PhD candidate, ICT expert, and lecturer Arman Saghatelyan, who until today was the director of ArmRadio FM 107 radio station and vice-president of PanArmenian Media Holding.

Born in 1975, Saghatelyan is known to Armenians as a member of the Armenian team that competed in the Russian comedy TV show and competition KVN (the acronym spelled out translates as the Club of the Merry and Inventive). He also worked in the RA Ministry of Defense’s media and public relations division and hosted the program Zinuzh.

He was awarded the Participant of the 1992–1994 Military Operations and the Garegin Nzhdeh medals.

While the now former spokesperson, Arzumanyan, who prior to this post was the Executive Director of the Public Television of Armenia, has expressed a wish to return to television.

In his Facebook page [AM], Arzumanyan wrote that journalism is the world’s most interesting profession: “The time has come for television to take the inevitable step. A great step. Starting today, I am joining the group of professionals having such objectives.”

Though neither Arzumanyan nor anyone else has said in what format and with what position he will join this group of media professionals, most likely it will be within the framework of the new major media organization PanArmenian Media Holding.

According to RFE/RL’s Armenian service [Azatutyun (AM)], Arzumanyan will become PanArmenian Media Holding’s board chair.