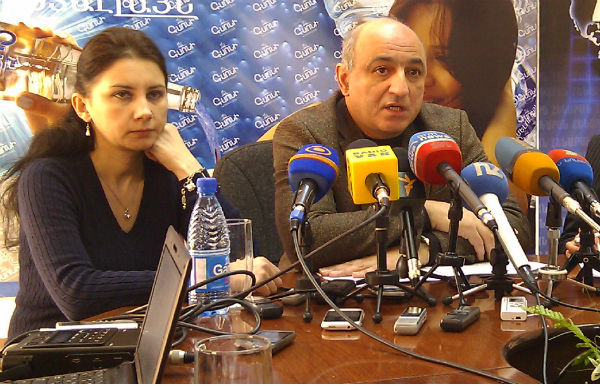 According to the monitoring results, the news outlets surveyed did not display overt discrimination or a biased attitude toward political parties or possible presidential candidates.

“The trend that we saw ahead of the 2012 parliamentary elections continues today. Moreover, if during the 2012 parliamentary elections, our being content with news outlets mainly referred to the election campaign period, in this case we can speak about being content quite ahead of the election campaign period,” says YPC President Boris Navasardian.

According to the monitoring, the greatest attention to political parties and possible candidates were paid by ArmNews, followed by Public Radio of Armenia, ArmRadio FM 107, Yerkir Media and Kentron TV. Shant TV and Armenia TV paid the least amount of attention.

During the period monitored, from the possible candidates, incumbent Serzh Sargsyan was referenced the most: he came out on top in not only news and analysis broadcasts, but also debate broadcasts. In terms of number of times referenced, Sargsyan is followed by Prosperous Armenia Party leader Gagik Tsarukyan and Heritage Party leader Raffi Hovannisian.

With respect to the number of expressions in favor of and against their candidacies, according to the monitoring findings, Serzh Sargsyan, Raffi Hovannisian, and Levon Ter-Petrossian stood out. In the case of the first two, the news outlets surveyed expressed support, while in Ter-Petrossian’s case, often negative views were broadcast.

Support for the incumbent were reflected principally by Public Radio, ArmRadio FM 107, h2, and ArmNews, while expressing views more often against Ter-Petrossian’s candidacy was ArmRadio FM 107.

The greatest amount of “neutrality” toward candidates was displayed by Shant TV and Armenian Public TV’s First Channel. Navasardian explains this by TV stations’ weak interest in politics.

“Those TV channels that have little interest in politics are balanced; for those that are greatly interested in politics, their maintaining of balance tied to backing or not backing [a candidate] is breached,” says the YPC president.

In the second stage of the monitoring, the YPC will take into consideration the presidential candidates’ complaints tied to the work of the media.

“We will definitely contact the election headquarters of all 8 candidates, and we will listen to their claims about the news outlets, then we’ll compare them with the reality on the ground,” says Navasardian.