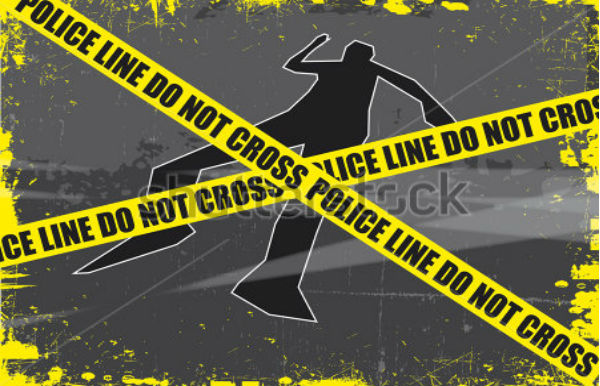 Yepremyan was particularly upset over scenes showing her husband’s body. She is asking the court to mandate the news outlets to remove the videos and levy 500,000 AMD (about $1,230 USD) from each offender, as well as to compensate her for court expenses.

The automobile accident that resulted in her husband’s death occurred around 2:30 am on Mar. 15, 2012, in Vanadzor. The criminal case has been sent to court, and Yepremyan has been recognized as the legal successor to the deceased, Gurgen Jaghatspanyan. On the basis of a civil suit, along with the criminal court case concerning the same incident, proceedings have now begun against the news outlets.

After the accident, Mig TV and News.am correspondents arrived on the scene, shot video, and then broadcast their reports on their respective platforms and uploaded the videos on YouTube. On Mig TV’s report, there are two scenes showing the body each of which lasts 4–5 seconds, which, in Mig TV Director Samvel Harutyunyan’s opinion, “comprise a very small percentage of a 122-second report.”

According to the TV director, the camera operator simply fulfilled his obligation and didn’t violate any professional or ethical norms (he didn’t cross the police line and didn’t film close-up shots). The camera operator used the zoom only once. The second shot is filmed from quite a distance: in any case, according to Harutyunyan, in both shots the face of deceased is not seen.

The wife of the deceased, however, considers the material offensive. In her lawsuit, she notes that the shots are a form of public expression and have caused her and her children severe psychological shock, as well as insulting her husband’s honor, dignity, and business reputation.

The Mig TV director, however, pointing to the law, says that a public expression is not considered a defamation if it is based on public priority interest.

“Those reports restrain people, while the image of a corpse further restrains both pedestrians and drivers that this is what might happen if they break the law,” says the TV director.

This is not the first time that Mig TV broadcasts a video of an emergency situation. Harutyunyan says the station has included shots of bodies of the deceased in videos on several occasions before.

He says that while covering automobile accidents, Mig TV reporters receive threats from both the guilty drivers and the victims, but with the help of legal counsel, “the matter is always resolved on the spot.”

The Mig TV director has removed videos (mainly those shot by notorious photojournalist Gagik Shamshyan) from the Internet, as well as police videos, in which both the body of the deceased and the very seriously wounded are clearly evident. But only in this case has the matter gone to court.

Mariam Yepremyan appealed to the courts five months after finding out about the video. She immediately filed a lawsuit, without first contacting the TV station to remove the video.

“If they only broadcast [the video] through their news outlets, we wouldn’t have seen it for objective reasons, but the most inhumane approach toward my family has been uploading it on YouTube’s pages which are full of amusing sites — this is the main reason for my indignation,” says Yepremyan, explaining why she took the matter to court.

“I considered it a very cruel, grievous deed that a family member’s tormented corpse is shown to you in a very recognizable, close-up way, especially since his burial has already happened. Every time my children and I see that image we want to adjust his sock a little bit, because my husband was a very neat and tidy, courteous man; we want to adjust his leg, touch his hand — we think that we can still be helpful in some way,” says Yepremyan.

She is displeased with the negligent and indifferent attitude of journalists. “They shot the pool of blood near the car and my husband’s corpse behind the wall, as if strewn like garbage. As civilized, intellectual people, they should’ve directed the attention of the police as to why is this man here and why isn’t he yet covered by a sheet?” she asks.

After finding out about the lawsuit, Mig TV decided to remove the video from YouTube. However, Yepremyan doesn’t consider this enough. “At the end of the day, this isn’t only my problem; this is our society’s problem, because the same thing might happen with another family. I have wanted to go to court principally with these very discussions, so that finally a law and order is passed, and such brutal scenes will no longer be broadcast on air. The broadcaster aired the footage and moved on, but the relatives relive those images every time. It’s as if each time they’re opening the casket and showing us our [loved one’s] corpse,” she says.