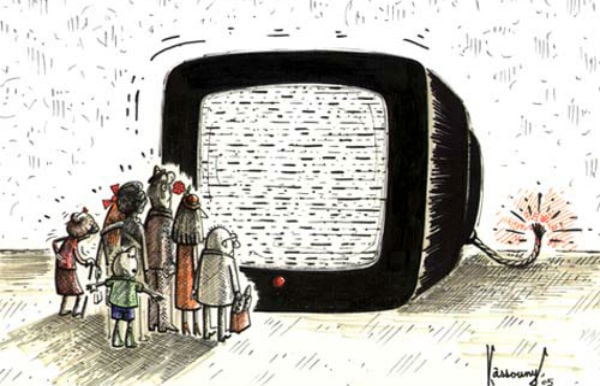 Findings measuring TV viewing in 2011 allow us to form a general picture about the most consumed television programs in the Republic of Armenia last year.

Nielsen ratings track viewing behavior according to types of programs, showing the results of sports, news and entertainment program engagement in separate tables.

The following are the top 10 news programs viewed in Armenia in 2011 in descending order (most to least viewed). AMR = Average Minute Rating (the average of the audience per minute divided by the total of a population or target). 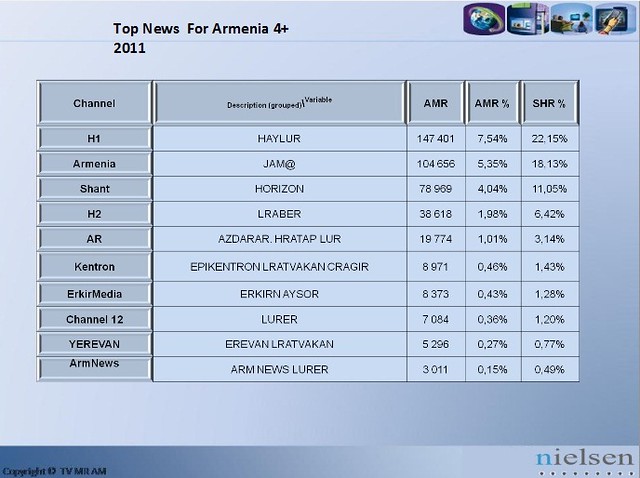 What follows is the top 10 sports programs viewed in Armenia in 2011, including the date and time the given program was broadcast, the number and percentage ratio of viewers, and the share (in percentage): 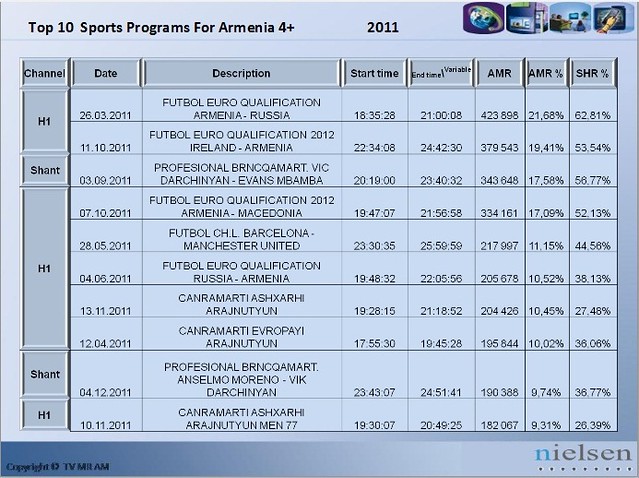 The top 10 entertainment programs viewed in Armenia in 2011 are mainly comprised of soap opera dramas and major music competitions (“Evratesil 2011 Mankakan” is the 2011 Junior Eurovision Song Contest which took place in Armenia): 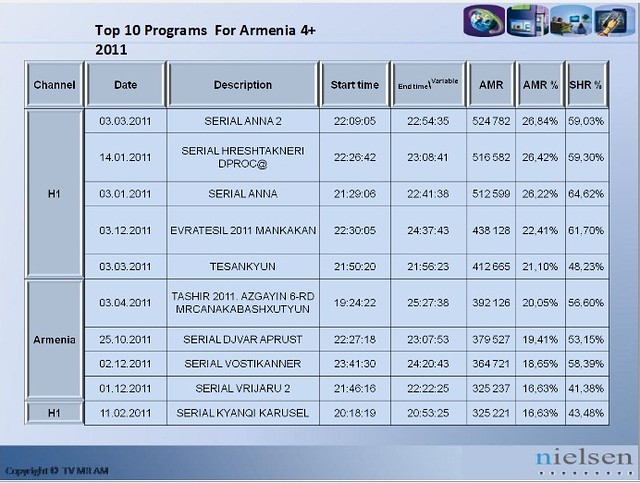 The Public Television of Armenia CJSC in its annual report included the findings of Telemediacontrol which also measures audience engagement, which are also grouped according to type of programming and showcase the number of viewers.

The following pie chart depicts news programs in Armenia in 2011 according to the share of viewers (SHR) watching that program out of the total number of viewers. 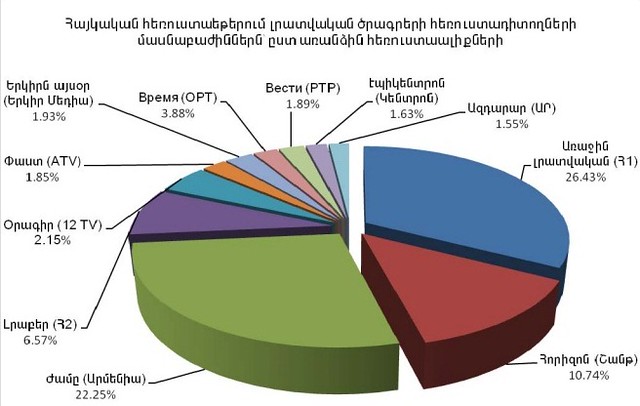 The top 10 sports programs with the most viewers in 2011 in Armenia according to potential viewers (in thousands): 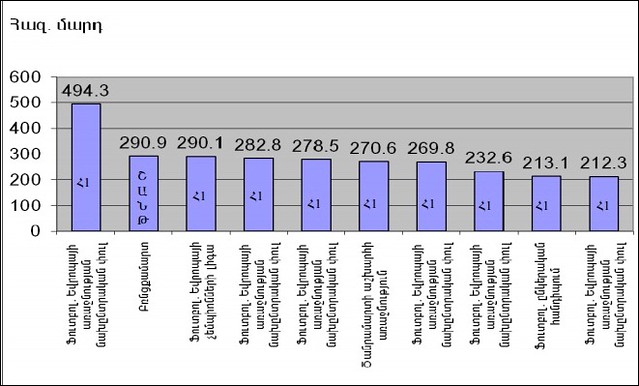 The top 10 music programs with the most viewers in 2011 in Armenia: