Vanadzor’s Airwaves Full of Candidates’ Ads Ahead of Local Election 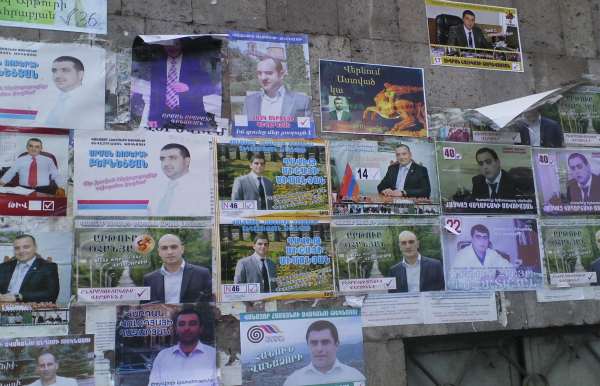 There was an increase in the number of televised political ads in the last few days of the local self-government election campaign in Vanadzor. The candidates for mayor of Armenia’s third largest city were even asking for the evening time slots, when there’s an increase in TV viewers, to be saturated with their ads.

Despite the more expensive rate, there was no free second of time left in Lori TV’s advertising slots during the last days of the election period.

The TV station also live broadcast a series of interviews with the mayoral candidates. Lori TV Director Narine Avetisyan is disappointed that they were unable to coordinate debates among candidates during the campaign period.

“For any news outlet, the biggest trump card is having an election debate broadcast live. And any journalist who respects herself wants to offer a platform for debate, especially with mayoral candidates. We’re not the reason that there’s no desire on the part of candidates [to participate in a debate],” says Avetisyan.

During the campaign period, the 9th Channel TV network offered each candidate the opportunity to make use of unpaid broadcasting once per day, by running up to 30 minutes of advertising. Despite the offer, there were candidates who didn’t broadcast anything on any TV channel. “I would say, rather it’s because they have nothing to broadcast,” says 9th Channel Executive Director Lilya Abrahamyan.

9th Channel doesn’t have the technical equipment for live broadcasts and so won’t be offering any. Mig offered 3 programs live with the participation of the Council of Elders’ candidates. Mayoral candidates, however, decline Mig TV’s offer to appear live, even avoiding to participate in the same program at the same time with other candidates (even in pre-filmed programs).