How Armenia’s News Media Reacted to the Safarov Case 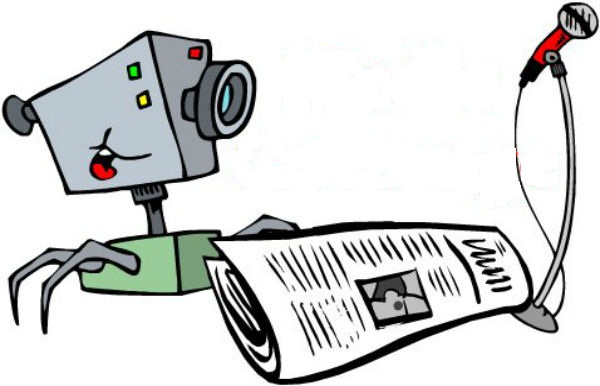 The news media immediately disseminated and reacted to the news of Ramil Safarov, who murdered Gurgen Margaryan with an axe in 2004 and served 8 years of his life sentence in Hungary, being extradited to Azerbaijan and given hero status. In a matter of days, this was the most discussed and commented on topic.

How did Armenian media cover the story? Media professionals and editors comment.

The local news media mainly reflected the official viewpoint, and this is one of those unique issues where there’s no big difference among opinions of politicians, officials and activists having different political leanings. Accused and criticized were both the Hungarian authorities and the anti-Armenian policy and process of turning a murderer into a hero that takes place in Azerbaijan.

At the same time, there were a few nuances — did Armenian society’s position also have to have such expressed nationalistic incentives or not? — but this didn’t lead to serious contradictions. Armenian news media also placed great importance on how different foreign state and non-governmental institutions might respond to the Armenian president’s statement.

Initially, there was a sort of indifference, as to how all this is perceived in Azerbaijan. I get the impression that it doesn’t even interest Armenian society, how this situation has been addressed not among Azerbaijan’s official circles, but in Azerbaijan in general, since no matter the state of relations between Armenia and Azerbaijan, the sort of developments there are in our neighboring country’s public sphere cannot be all the same for us.

This was such a bizarre case that it’s hard to give an immediate assessment. Azerbaijan’s and Hungary’s political elite made such a impudent move that Armenian news media’s and society’s anger is fully understandable. Nevertheless, as for the deal between Azerbaijan and Hungary, I quite agree with everything that was published by local news media, but I think there was too little analysis as to why things turned out this way, what didn’t Armenia do, what should’ve Armenia and the Armenian authorities done, and how could this have been prevented.

There was more of an emphasis on an emotional level; basically, public sentiments were guiding [the debate] and the media itself was affected by these sentiments, when the media itself should’ve been the one guiding and not allow social strata having different positions on the matter appear on such extreme, contradictory, and opposite poles. In this sense, I believe that we could’ve done our work better because the issue for domestic [news] consumers, perhaps, was resolved in some sense, but we also have an issue of foreign consumption.

It’s obvious that both our neighbors and the main powerhouses are monitoring also public sentiments and would like Armenia to propose healthy and analytical solutions, which would really offer value in the near future to position themselves and clarify their stance on both Armenia and the Nagorno-Karabakh [conflict] settlement. I think, we haven’t been able to resolve the issue of foreign consumption worthily.

I think, based purely on professional media standards, there was a lot of nationalism and [mis]guided and pathetic patriotism in the press. In this case, the press could’ve risen above the plane of patriotism and present the issue not in terms of equivalence and a blood feud, but as the strictest violation of human rights and universal values.