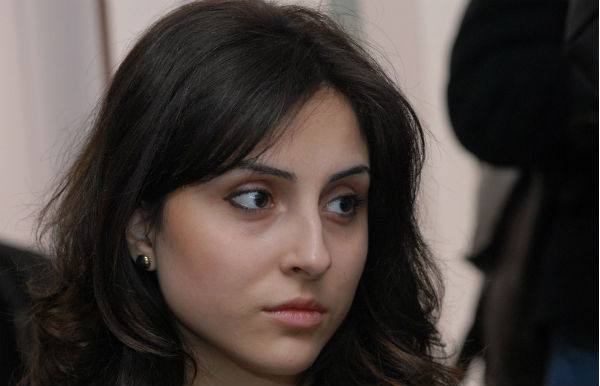 Police quashed proceedings the in criminal case launched by RFE/RL’s Armenian service (Azatutyun) after the professional activity of one of its reporters, Elina Chilingaryan, was obstructed, citing the absence of crime.

While covering the May 6 National Assembly elections, Chilingaryan was approached by a man who attempted to confiscate the video camera in her hand and break her memory device — twice striking a blow to her hand in the process.

“The main facts are that the video doesn’t show that he’s hitting me and that I wasn’t wearing a [press] badge; thus, the man didn’t know that I was a journalist. But I wasn’t inside the polling station for my badge to be on me. Furthermore, the police didn’t find anyone filmed in the video, nor did they interrogate anyone, including those standing with the young man,” says Chilingaryan.

“In such conditions, in assessing the combination of evidence acquired during the investigation, H. Hambardzumyan didn’t realize and was not obliged to realize that Elina Chilingaryan is a journalist and is carrying out professional activity has to be considered justified.

“H. Hambardzumyan’s intention wasn’t to hit, or cause bodily injuries or physical pain to Chilingaryan. In this case, no other evidence was acquired; that is, a criminal act wasn’t established.“

The journalist isn’t preparing to appeal the police decision.

“If I had at least a small hope that my complaint would lead to results and something would change, I would [appeal]. I’m confident there won’t be any changes. And my goal is not for that boy to go and spend several years in prison,” says Chilingaryan.

In Director of RFE/RL’s Armenian service Hrayr Tamrazyan’s opinion, the police could’ve continued the investigation since the young man clearly violated the law.

“That young man hindered a journalist’s work. And that should’ve had some legal consequences — the young man at least should’ve been subject to some administrative fine. But perhaps the police knows more than us,” he says.

Tamrazyan likewise doesn’t expect anything to change from appealing the police decision.

“We can appeal, but we believe it’ll lead to the same outcome. In addition, court processes consume both time and energy. We don’t want to be drawn into court battles. In any case, I hope that such incidents won’t be repeated in the next elections,” he says.

The activities of several other journalists covering this year’s parliamentary activities also were obstructed. The Yerevan-based Committee to Protect Freedom of Expression registered 4 cases of journalists’ activities being hindered, two of which involved physical violence.