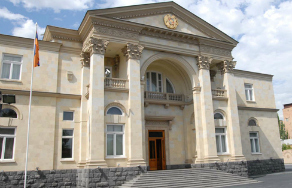 The president’s call to the Public Council was prompted by an open letter [AM] addressed to him by several dozen various NGOs, centers, groups, and individual academics and artists, to name a few. The letter published by the local press states that locally produced television content has destructive consequences, as “aggressive, criminal and criminogenic soap operas” and “so-called ‘comedy’ programs” have a negative effect on viewers.

It’s noteworthy that this letter, unlike other similar letters and appeals, is distinguished by its specific proposals. The organizations and individuals in their collective appeal to the president state that there needs to be more stringent control of the airwaves and new standards must be developed, defining what they consider to be prohibited content by scientific and analytical means. If TV companies don’t apply these standards they should be held administratively accountable, the authors of the letter add, while proposing to include in the Code on Administrative Infringement a provision on penalties if the law is violated.

RA President spokesperson Armen Arzumanyan conveyed to the media the president’s response to the letter: based on the president’s instruction, the Public Council in the coming days will convene a series of meetings with the RA National Commission on TV and Radio, heads of NGOs and different organizations, and reputable individuals.

One of the proposals in the letter is creating a new regulatory or advisory body, which presumably will assume the function of supervising the airwaves. The authors of the letter propose, “wIthin the framework of the National Commission on TV and Radio, to create a research center, which will engage in the study and forecasts of Armenian TV content on an empirical level.”

The purpose of research and forecasts, they say, is to propose solutions on creating a “harmless television product.” According to the statement issued by the president’s spokesperson, now is the time to formulate proposals of reforms in the TV industry and to ensure as wide a participation as possible in this process.