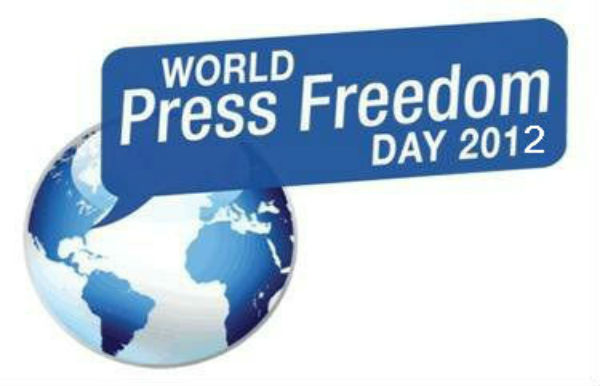 May 3 is World Press Freedom Day, which was declared by the United Nations General Assembly to raise awareness of the importance of freedom of the press and to remind governments of their duty to respect and uphold the right to freedom of expression, which is enshrined under Article 19 of the Universal Declaration of Human Rights.

Various international agencies have included Armenia in their evaluation of press freedom around the world.

The Center for International Media Assistance (CIMA) has published a report on the level of press freedom in Armenia 2001–2011, based on media monitoring and assessments by different organizations, which were conducted in different countries around the world. The three main agencies assessing media freedom are Freedom House, IREX and Reporters Sans Frontières (Reporters Without Borders).

The lower the Freedom House score, the better the media situation in a given country.

Despite constitutional and legal protections, press freedoms are restricted and the media environment in Armenia remains oppressive. Although Armenia passed freedom of information legislation in 2003, the government has subsequently failed to adopt a number of regulations needed to implement the legislation.

International and local media organizations praised a May 2010 amendment to the penal code that removed imprisonment from the list of sentences for defamation. Monetary fines are now the maximum punishment.

However, in June, despite international criticism, the government adopted amendments to the Law on Television and Radio that further consolidated government control over the broadcast media. The legislation, adopted as part of the digitalization process, now enables the regulator to revoke licenses without any justification and impose broadcasting restrictions, and also specifies that only one digital television license will be issued for each region outside the capital.

Meanwhile, the license of broadcaster A1+ remains suspended, despite a 2008 ruling by the European Court of Human Rights that the government had improperly revoked the license in 2002.

Most of the dominant media are controlled by the government or government-friendly individuals. Television is the country’s primary medium, and one of the only stations with a national reach is state-owned, although several dozen other private stations operate.

State and public media receive preferential treatment; they receive first access to official news and the lion’s share of government advertising. Print media are available mostly in Yerevan and larger cities. Most media are dependent on narrow advertising resources and have little guarantee of independence. The government does not require registration to access the internet or satellite television, and these are freely available.

The IREX Media Sustainability Index is designed to measure the strength and viability of any country’s media sector. The higher the score, the better the media sustainability in that country. See here for more on the methodology behind the ranking.

Armenia’s decriminalization of libel in 2010 drew praise from the media and international communities, and appeared to point to progress in the treatment of Armenia’s journalists. However, 2011 exposed real concerns over the implementation of the new law, as civil lawsuits against media outlets mounted.

The MSI panelists agree that the law represents an important first step. However, the next step should be educating judges in better assessing real damages, as well as determining guilt in better accordance with the spirit of the law and international standards. In time, if this effort succeeds, the courts will be able to better balance protection of individuals and companies from attacks, while at the same time allowing for free flow of truthful newsworthy information.

The panelists highlighted the ever-increasing number of online media as a very positive development contributing to the pluralism and diversity of news sources. Online media also tend to cover more important events than traditional media, as well. However, it also brings some ethical concerns due to flourishing plagiarism. Ever-developing citizen journalism, social networks and blogs are further expanding the plurality of viewpoints in Armenia.

Reporters Sans Frontières Score: 101 out of a possible 179

See here for more on the methodology behind the ranking.

According to RSF, the situation of the Armenian media has stabilized somewhat and improved. The 2011 press freedom index climbed 27 places to 77th place, where it was before 2008.

Despite the improved press freedom index, the organization notes that arbitrary lawsuits and prosecutions continue to be a significant intimidatory factor for independent newspapers.

Though physical attacks on journalists are much rarer, attempts to censor independent and opposition newspapers continue but in a more civilized way, above all by means of judicial harassment, reads the report.

Attacks on the Press 2010: Top Developments

Attacks on the Press 2010: Key Statistic

The government will grant one digital television license per region. This will cut diversity.

Just as last year, so too this year, the World Press Freedom Day hashtag on Twitter is #WPFD. Tweeps who post topics related to this day are asked to use this hashtag.