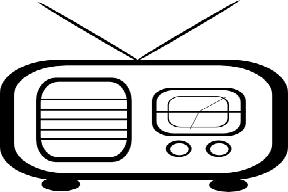 There are no special radio programs for coverage of the 2012 parliamentary elections in Armenia. Local radio stations mainly report election news as part of their regular news programs.

News Radio FM 106.5 broadcasting in Yerevan reports on the elections within its existing analytical, political programs.

“We haven’t launched a series of special programs dedicated to the elections — this [topic] fits in quite well in the existing format and there simply wasn’t the need,” says the radio station’s programs director Garik Khumaryan.

On Election Day, May 6, FM 106.5’s journalists, says Khumaryan, will be working from when the polling booths open till the ballots are counted.

The radio station refused to broadcast political ads on principle. “Political advertising, one way or another, contains an element of deception, and deception is categorically prohibited on our airwaves,” says Khumaryan.

Lilit Tumanyan, director of the news service on ArmRadio FM 107, which began broadcasting last November, says that the elections are discussed on several of their programs, including the programs “Monitor,” which covers social networks, and “Analytical with Hrant Melik-Shahnazaryan.” A portion (20–30 minutes) of the radio station’s main one-hour news program is dedicated to election coverage.

On Election Day, ArmRadio’s staff will be working on a special schedule: journalists will be at electoral districts in Yerevan, following the voting process and regularly reporting live.

One minute of political advertising on ArmRadio costs 2,800 drams (a little over $7 USD). Thus far, only the Heritage Party has purchased advertising on this radio station.

RadioHay FM 104.1 broadcasting in Armenia and Nagorno-Karabakh has sold advertising to two parties, the Heritage Party and the Armenian Revolutionary Federation (Dashnaktsutyun). One minute of political advertising on this station costs 2,700 drams (a little less than $7 USD).

From May 1–4,  election campaigning on FM 104.1 will be in the format of 15 minutes of paid programming.

“On Election Day, we’ll be continuously on air. We’ll have guests in the studio, our journalists will be at the Central Elections Commission and at the electoral districts, and we’ll be reporting information live,” says Armine Gevorgyan, a journalist with the radio station.

Radio Van FM 103 refers to the elections exclusively in its “200 Seconds” news program.

However, the radio station’s online version, where there are blog posts on different topics, journalist Arman Sulemanyan has been actively writing about the elections. He has repeatedly addressed different election-related incidents and is preparing special blog posts for Election Day.

The Heritage Party, the Armenian National Congress, the Republican Party of Armenia and the United Armenians Party have all purchased advertising on Armenia’s public radio. The ads are broadcast during the 50-minute-long “Elections 2012” program.