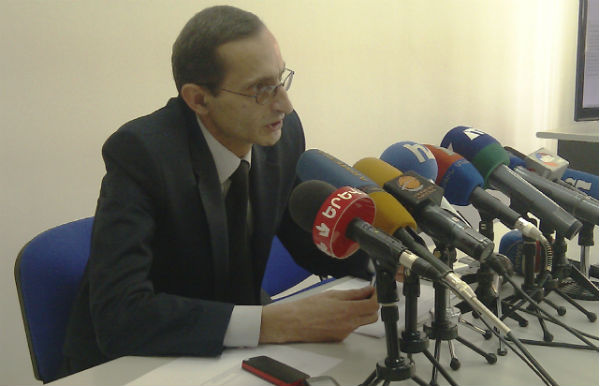 Armenia’s National Commission on Television and Radio (NCTR) recently published the results of its monitoring of TV and radio in the period Apr. 8 to 14 during the May 6 parliamentary election campaign.

According to NCTR President Grigor Amalyan, the broadcast companies that were monitored, with the exception of a few, provided balanced coverage of the political parties’ campaigns, allowing them to express themselves.

“Armenian news outlets have succeeded in ensuring conditions for the candidates and political parties participating in the elections, and I think that the parties haven’t had a serious disadvantage in offering their say to the public: this can be proven by the fact that the free-of-charge airtime has not been completely exhausted,” he says.

Those TV companies in which the NCTR has found unbalanced coverage were sent a notice in writing, asking for an explanation and including a warning that subsequent election coverage must be balanced. However, in the words of Amalyan, unbalanced coverage by the news media also has its objective reasons.

“Political parties either accept or don’t accept invitations to participate in [televised] programs. Those TV programs that plan to invite a representative of a political party as a guest, do so successively, and some people probably will get their turn in the next round. The proportion of unused, free-of-charge airtime shows that the reason might also be, taken separately, the political party’s campaign strategy,” says the NCTR president.

At this stage, the Commission hasn’t applied administrative penalties to these TV companies, since the election campaign period isn’t yet over.

“If at the end of the election period the Commission through its studies establishes that a TV company created unequal conditions for political parties, then without a doubt an administrative fine will be applied,” says Amalyan.

So far, only two regional TV companies have been slapped with an administrative fine, Hrazdan TV and the TV company in Spitak, for not providing any information to the Commission about their activities during the election campaign period.