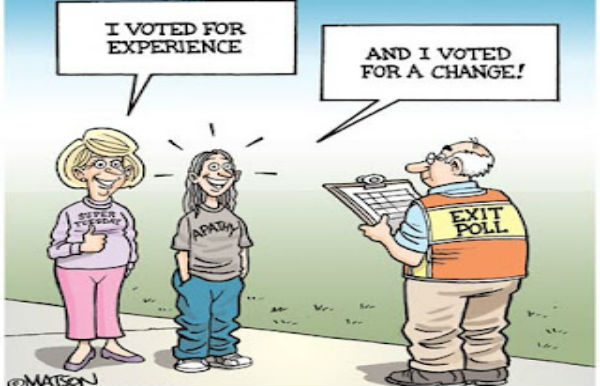 In order to make coverage of the 2012 parliamentary election in Armenia more interesting, two TV companies — Armenia TV and ArmNews — have decided to obtain the assistance of sociologists, separately. Armenia TV has commissioned a sociological survey and exit poll from the Switzerland-based Gallup International Association, while ArmNews has selected the US-based Gallup Inc. to research public opinion.

“In the first place, you get the picture ahead of elections, and second, you get the audience’s preferences — by the way, we ordered [a survey] not to determine political parties’ ratings but to give us the public’s attitude generally regarding political processes. Also to determine from where political information is accumulated, how is it formed and what are the factors that influence voters in making a final decision,” he says.

“This proves that TV companies are moving toward creating their own sources of information. This is a practice applied around the world — even the BBC, CNN, and other major news agencies order sociological surveys and exit polls,” he says.

According to Harutyunyan, requesting exit polls is a good idea particularly for the news media.

“In civilized countries, where exit polls are used not for manipulation, they are methods of giving quick forecasts [as to how an election will turn out]. From this point of view, this method is more of interest to news outlets that offer fast news to the public — whether they be television, radio or online news outlets. It’s also a means of keeping an audience,” he says.

President of the Yerevan-based Committee to Protect Freedom of Expression Ashot Melikyan considers offering opinion polls on the request of news media to be an encouraging move. In his opinion, this move speaks to the industry’s strive to present independent assessments and to be more active in its work.

“This is a positive step in that case when the news outlet is really an independent news outlet. In this case, the audience responds well to this type of request and trusts the findings. But since Armenian TV companies aren’t independent and most of the time they are fulfilling the ruling authorities’ orders, there’s a bit of apprehension here,” he says.

Media expert Haykaka Arshamyan finds that exit polls and sociological surveys, in this case, are examples of the ruling authorities taking advantage of the media.

“This is a government project. It’s known that people representing the ruling authorities have shares in Armenia TV; naturally, it’s obvious why Armenia TV ordered the poll. And since there are no independent TV companies in Armenia, naturally, whoever orders [the poll], the order is intrinsically condemned to be not objective,” he says.

Bagrat Harutyunyan advises experts who doubt the reliability of opinion poll findings to demand methodological reports, as the results can be evaluated.

It’s indicative that both Armenia TV and ArmNews are part of Panarmenian Media Holding, but they didn’t join efforts to order election polls. In the US, major news organizations such as ABC, AP, CBS, CNN, FOX News and NBC, in 2003, formed a consortium called the National Election Poll, which provides them with “information about the vote count, election analysis and election projections.” Through the results presented by the media, winners are announced immediately after the end of the elections.

Note, the companies collaborating with the two TV companies in Armenia — the Gallup International Association and Gallup Inc. — are involved in a legal dispute over the use of the name “Gallup”.