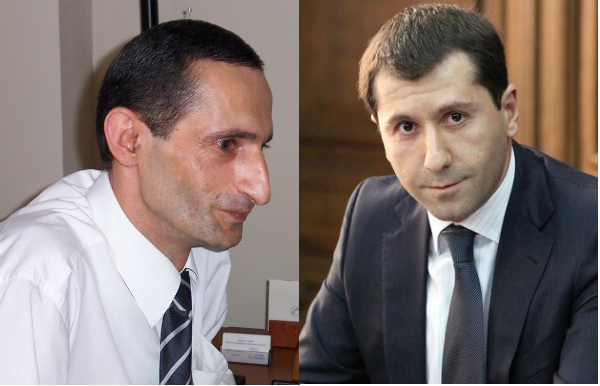 Armenia’s Human Rights Defender’s Office in its annual report identified the shortcomings and problems in the television and radio industry and made some suggestions.

Human Rights Defender (or Ombudsman) Karen Andreasyan’s first report on the television industry seems quite severe and, according to experts, is full of contradictory statements. The Ombudsman analyzed the work of the RA National Commission on Radio and Television (NCTR), considering it to be “ineffective” and “insufficient”. He points out that the NCTR in some cases “displayed inactivity” and “even is unaware of information that is of utmost importance”.

The Human Rights Defender’s report is a document that has no regulatory and legal status, and for this reason, the process for further applying the document is absent. It is only duly noted — it doesn’t immobilize or oblige those state or public institutions the activities of which are considered to be of public interest. But responding to the issues raised in this report is a matter of the reputation of state agencies and institutions. And it should be expected that in the near future, the NCTR (led by Grigor Amalyan) will respond to it.

In the report, the Ombudsman criticizes the NCTR for a lack of pluralism, violations in advertising law, infringement of the law on the Armenian language, ignoring the rules on ethics, not overseeing the monopolization of the broadcasting market, the “insufficient and inadequate implementation” of ensuring the digitalization process, and the insufficient results of the monitoring of TV and radio companies.

However, pointing to positive developments, the Ombudsman praises the Commission for restricting the amount of advertising; for its amendments to the laws on television and radio, and advertising; and responding to two incidents of legal violations.

It can, of course, be asked: does the report identify those priority issues that cause concern for residents of Armenia? And if there are issues, will the Ombudsman’s proposals settle them?

According to Movses Hovsepayn, an attorney dealing with media-related issues: “Generally, the report accurately reflects the picture. On one hand, it’s mild; on the other, harsh. This contradiction is perhaps due to the absence of explanations, examples, and profound questions in the report. If, for example, it’s noted that there’s a lack of pluralism in the media, then it’s interesting to know, why? After all, isn’t this a systemic issue — just as the elimination of monopoly policy.”

The Ombudsman stresses that the NCTR has to raise the quality of the monitoring of TV and radio companies and raise the level of pluralism. According to Hakobyan, this admonition is vague and declarative, which one might come across in an Council of Europe resolution. “If you’re raising an issue and making a suggestion, it would be preferable to present the reasons and the proposals to solving them, avoiding generalized statements.”

Yerevan Press Club President Boris Navasardyan completely agrees with the shortcomings and problems of the NCTR identified in the report.”I agree because those were issues we raised as well.” But among the positive developments the Ombudsman noticed Navarsardyan sees only the amendment to the law on television and radio.

According to MP Lilit Galstian: “Reading the report, I was once again convinced that the NCTR has gone from being an institution that oversees to a tool that gives or doesn’t give broadcasting licenses. The NCTR is not fulfilling its functions but is only a tool in the hands of the authorities. During the parliamentary hearings, I repeatedly said that it’s meaningless to give money from the state budget to this institution, which disintegrates it. And the Human Rights Defender’s report is very much in line with my opinion.”

Galstian said that recently she officially appealed to the NCTR, urging the Commission to stop violating the law on the Armenian language in broadcasting the Russian-language “What? Where? When?” game show, but the NCTR responded that the program doesn’t violate Armenian legislation. “If administrative accountability precedents increase, our TV companies will be more vigilant and responsible in their work. Our TV companies, as well as the NCTR that doesn’t carry out its authority, are the disseminators of a spiritual disaster,” she says.