No Political Advertising on Vanadzor Airwaves During Election Campaign 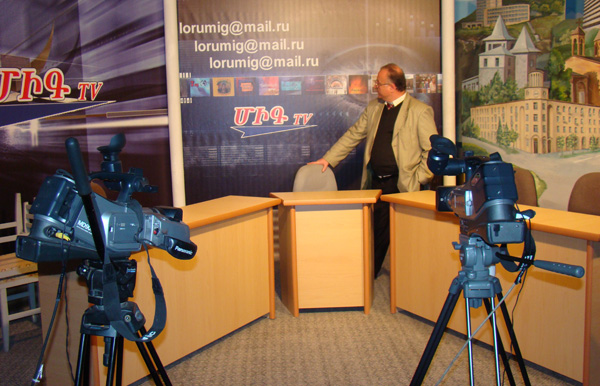 None of the TV companies broadcasting from Vanadzor, an Armenian city 128 km north of Yerevan, have set a rate for political advertising for the parliamentary elections set to begin on Apr. 8.

Samvel Harutyunyan, director of Vanadzor’s MIG TV and Radio, says that broadcasting political advertising is simply not profitable for them. “If we do the calculations [based] on the current procedure, there’s practically no profit,” he says.

According to Armenia’s Electoral Code, the price per minute of paid air time may not exceed the average cost of commercial advertisement for the last six months preceding the calling of elections and may not be changed till the end of the election campaign.

“If the price per minute of advertising in the last 6 months has been 1,000 drams, an hour of political broadcasting will cost 60,000 [drams]. About 5–6 employees have to participate in live broadcasts and that 60,000 has to be divided among the employees. Combining their salary plus the electricity used in an hour and other expenses yields an inaccurate price ratio,” he explains.

He did the math and decided not to broadcast political ads. Harutyunyan refutes rumors that Armenia’s National Commission on Television and Radio (NCTR) instructed regional TV companies not to set rates for paid broadcasting during the election campaign period.

“We cooperate quite well with NCTR, which alerts us of all the laws and procedures related to the activities of TV companies,” says the MIG TV and Radio director.

Karen Arshakyan, director of Fortuna TV company, likewise states that they won’t be participating in the election campaign, since they couldn’t set high rates for paid broadcasting. He says that Fortuna’s commercial ad rate is currently low for calculating and stating a lucrative rate for paid political broadcasting.