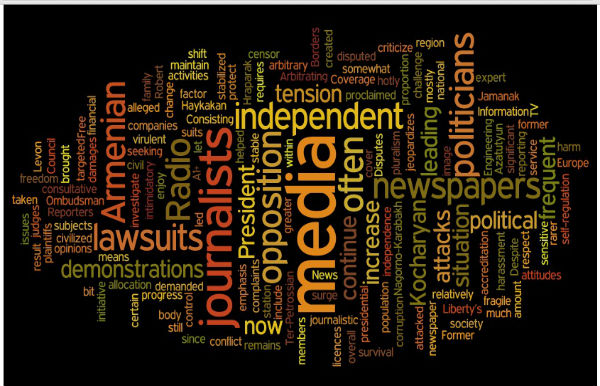 2011 was unprecedented in terms of the number of court cases against news outlets: According to the Committee to Protect Freedom of Expression (CPFE), there were 34 lawsuits against news media last year.

In CPFE President Ashot Melikyan’s opinion, 2011 was a very intense year for media. Over the course of the year, applying RA Civil Code Article 1087.1 became a tool for legal, political and financial pressure particularly against opposition papers, from which the compensation demanded reached several million drams. 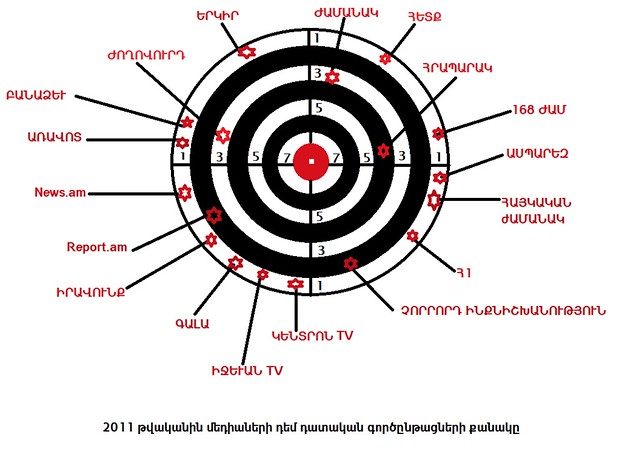 “Almost no one wanted to make use of the right to refute or respond — instead, they were demanding the maximum compensation amount,” he said.

The way the Committee sees it, these court cases intend to cause those engaged in journalism work in already difficult conditions to collapse financially and to silence particularly undesirable news outlets.

“In such a situation, the threat of self-censorship in news media further increases, as well as hidden elements of censorship surface,” reads the CPFE report.

Unlike the unprecedented increase in the number of incidents of news outlets and their employees being pressured, according to the CPFE, legal violations in receiving and disseminating information were noticeably less in 2011 than in previous years: compared to the 18 violations registered in 2010, last year there were only 7 such cases.

In the Committee’s opinion, 2012 won’t be a less intense year for news media, since the upcoming elections will be a serious test for them and the media won’t be able to avoid the pressure and intimidation.