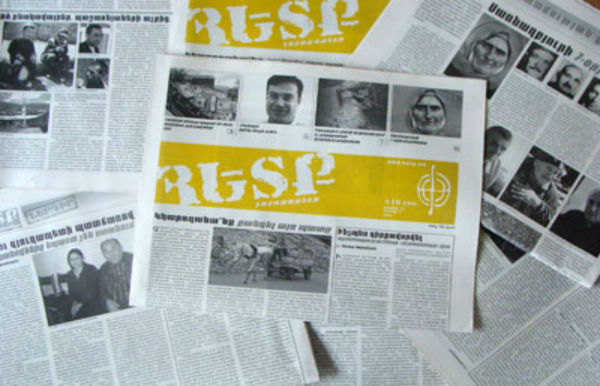 “What a pity, we were unable to survive in the Armenian print media market,” said Hetq chief editor Edik Baghdasaryan.

One of the reasons for the financial troubles, said the editor, was the lack of advertising, which was due to the paper’s content.

“Since there were no political intrigues or interviews with politicians in our articles (they generally weren’t political, but were about regional and social issues), advertisers weren’t as interested,” he said.

The weekly subsisted on subscriptions, which, however, couldn’t cover the cost of printing. Out of Hetq’s 1,000 copies, 800 were sold.

The Hetq editor finds that the state of print media in Armenia is generally getting worse, as the advertising industry is politicized and often it is through political decisions that ads are placed in this or that media.

Currently Hetq is focusing its efforts on its online version, attempting to make use of opportunities in new media.

In media expert Samvel Martirosyan’s opinion, the reason Hetq’s print version ceased publishing is that political party–affiliated newspapers in Armenia have established the nature of print media and the reader can’t grasp any other kind of newspaper.

“Newspapers today are confronted with the issue of operating through self-financing and having a business model,” he said.

The media expert finds that newspapers also have an issue of audience, one which is decreasing as youth don’t read newspapers.

In his words, considering all the current issues, it can be assumed that print media won’t last long as objective media.

“Purely print papers will be able to survive only through subsidies from a source and falling under the influence emanating from this,” he said.

“Since in Armenia newspapers are mainly read by socially and politically active individuals and it came to be that it’s this segment that chiefly uses the internet, print media began to be confronted with the issue of its main readership moving to the internet,” he said.

Navasardyan considers the main challenges of Armenia’s newspapers today to be keeping their audience.

He finds that moving from newspapers to internet is a move that is very difficult to circumvent in any way in Armenia since people confronted with difficult economic and other problems in the mid-90s lost their habit of reading papers, which even in today’s conditions is nearly impossible to recover.