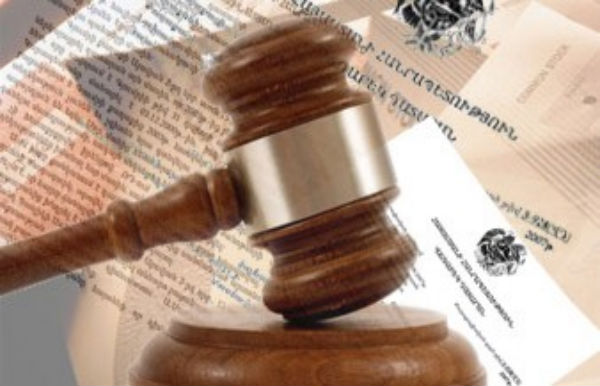 Constitutional Rights Union (SIM) party leader Hayk Babukhanyan and Iravunk (“Rights”) newspaper have launched another lawsuit against the website Report.am and journalist Edik Andreasyan. This news was conveyed in court by the plaintiffs’ counsel, attorney Vahe Hovhannisyan. With the current claim, which was raised yesterday in the Court of General Jurisdication of Kentron and Nork-Marash Administrative Districts of Yerevan, the SIM party leader and Iravunk were demanding from Report.am and Edik Andreasyan a retraction, a public apology and 3 million drams (about $8,110 US) each in compensation. The plaintiffs find that their honor, dignity and business reputation was harmed in an article published on Aug. 31, 2010, titled “Iravunk’s right is at the edge of Hayk Babukhanyan’s sword” (“Iravunk” means “right,” thus the title is a play on words).

In court, Hovhannisyan verbally presented those expressions which, in his clients’ opinion, harmed their honor and dignity. These statements the plaintiffs deemed libelous: “he worked young,” “they took him [away] so he could do youthfulness,” “delirium,” “they sold themselves for such a cheap price,” “he didn’t represent anything of himself,” “to make his ears rings,” “a sweeping desire to get dolled up,” while these, they said, were slanderous: “an internal party revolution,” “to dismantle the party,” “he lies,” “he intends to cut Aharon Adibekyan’s bread.”

The plaintiffs’ attorney, citing the note added by the editor at the end of the article in which it says, “We hope that our readers won’t blame us for publishing an article of a personal nature, which we avoid doing at all costs. But sometimes, very rarely, we allow ourselves the exception. Especially, by speaking about the person, the author speaks more about the phenomenon and the issue,” said:

“Here the editor accepts that in the piece, it is the person that is spoken of. Though they try not to insult, there are exceptions,” said Hovhannisyan.

In this court session, the judge didn’t oblige the parties to show evidence, mandating the plaintiffs to first present the claim properly, noting which is considered libel, which slander, and which was conducted by which and toward whom.

The case of Hayk Babukhanyan and Iravunk newspaper vs. Report.am and Edik Andreasyan is unprecedented in Armenia — a news outlet has taken another news outlet to court.

Committee to Protect Freedom of Expression President Ashot Melikyan and member of the Media Self-Regulation Initiative‘s observer body and Asparez Journalists’ Club President Levon Barseghyan both find that it would better that the parties resolve this conflict as journalists and appeal to the observer body for mediation, which is called upon the discuss conflicts between news outlets outside of court.