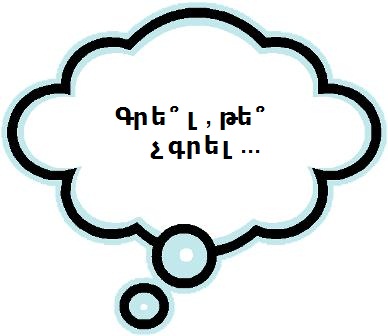 MP Tigran Arzakantsyan and local daily Yerkir won’t settle because they don’t see any way of reconciliation. This is how the parties responded to the judge’s proposal to reach an agreement and settle the case.

During the recent court session, the defendant was given the responsibility of disproving the plaintiff’s claim that the following expressions in an article as part of the series “131 Faces and Masks” in Yerkir’s Jan. 13 issue do not constitute libel and defamation: “brings and takes beauties by plane,” “is also known as a frequent customer at casinos,” “has a habit of getting a continual beating,” “has gotten a beating,” “every time after getting a beating,” and “in the passing [parliamentary] session, he’s appeared in the National Assembly’s corridors only once.”

Yerkir’s counsel, attorney Lianna Grigoryan presented examples of Armenian and Russian media reports on Russian prima ballerina Anastasia Volochkova’s visit to Armenia sponsored by Tigran Arzakantsyan, as well as the event dedicated to the game UNO organized in Moscow, in which participating with Arazakantsyan was Parisian designer Aliona Volskaya, who had come from Paris that evening specifically to support the Armenian MP. The evening’s sponsor was also sponsored by Arazakantsyan.

“The expressions ‘He is also known as a frequent customer at casinos’ and ‘has a habit of getting a continual beating’ are interconnected: Arzakantsyan has been subject to violence for frequenting casinos and acquiring debts. And, that he has gotten a beating, he also admits. In an interview with [local daily] 168 Zham, Arzakantsyan said that he gets beat up because he has authority,” said Grigoryan.

The defense also produced additional Armenian and Russian media reports in which it proved that the MP frequented casinos.

“There was a murder attempt against Arzakantsyan at the Russian Metropol casino. It is also noted that the incident at Metropol casino is not the only such incident: the businessman was also attacked in April 2006. Arzakantsyan said he had been attacked at the Kutuzov Hall casino, as a result of which he was in bed for a few months, but the Armenian media wrote that Arzakantsyan fixed his beating so that he doesn’t have to pay back the one million dollars he owes Kutuzov Hall,” said the attorney.

Citing Regnum news agency, Grigoryan said Arzakantsyan went to Metropol 33 times — this was also proved by the criminal case initiated in connection with the murder attempt. The video cameras placed in the casino show Arzakantsyan’s visits. Furthermore, for his frequent visits to this particular casino, Arzakantsyan was awarded a platinum card.

As for the MP’s absence from parliamentary sessions, Grigoryan submitted a query with the National Assembly chief of staff, asking for a written report of Arzakantsyan’s visits to parliament. In response, she was informed that from Sept. 2007 to Mar. 2011, there have been 1,630 registration and voting sessions at the National Assembly, 1,371 of which Arzakantsyan was absent from (927 of these were considered for good reason).

The defense also produced media reports in which Arzakantsyan doesn’t deny his absence from the National Assembly; moreover, he notes that his absences are tied with health issues.

Grigoryan then put forth a motion to invite and examine as witnesses in court journalists who cover parliamentary sessions — Anna Israelyan, Margarit Yesayan and Gevorg Harutyunyan; however, the court overruled the motion. The defense’s second motion to invite Arzakantsyan to court was also denied.

After the defense presented its proof, attorney Vahe Hovsepyan, representing the plaintiff, said despite all this, everything can’t be written (in the press) and directed a question to Yerkir editor Bagrat Yesayan: in his opinion, is going to the bathroom a bad thing and what would be his response if a paper wrote about him as “a frequent visitor to the bathroom”?

“Going to the bathroom is a normal way of satisfying a natural need. That is, you mean to say, Arzakantsyan goes to casinos, much like the bathroom, and this is a way of satisfying his natural needs?” retorted Yesayan, adding, “A newspaper’s responsibility is to reflect the reality. Whether a casino is a good or bad place, that’s a different issue: each person has his own notion. If a person understands that going to a casino is a bad thing and having it written in the paper is a bad thing, then he shouldn’t have gone to the casino. And if we’ve written [about it], we’re not to blame — that we’ve written about something he’s done which he considers to be bad. He is to blame that he has allowed himself that which in his opinion is bad.”