10 Lawsuits in 3 Months Against Armenian Media 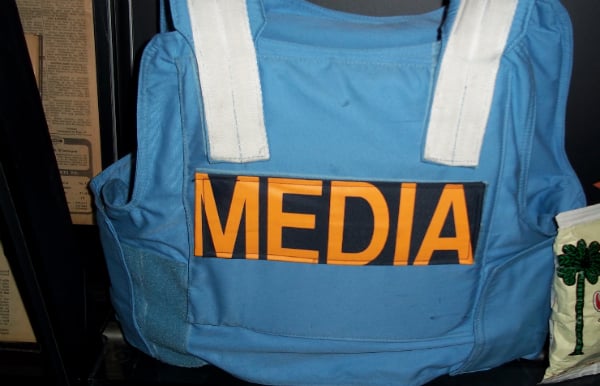 The Yerevan-based Committee to Protect Freedom of Expression (CPFE) recently published its first 2011 quarterly report on violations of the rights of journalists and news outlets and the situation on freedom of speech in the country. According to CPFE, the first quarter of 2011 was unprecedented in terms of the abundance of lawsuits against news outlets.

“The Committee recorded 10 new cases, which are directly tied to the package of draft laws on decriminalizing libel and defamation that were approved on May 18, 2010. An additional 3 court cases of the same nature began probably last year with new developments being recorded this quarter,” reads the report.

According to the report, the trend in resolving issues with the press necessarily through the court system is due not so much to unfulfilled provisions of the new law as much as the intolerance of politicians and other officials of criticism published in the media.

“This gives room to consider the fact that the authors of the bills on legislative amendments decriminalizing libel and defamation were representatives of the three parties in the ruling coalition. Many of those launching lawsuits against news outlets were likewise politicians with the ruling coalition. Apart from this, an impartial judicial system has not yet been developed in our country and rarely in practice are fair and just verdicts issued in connection with suits against media,” reads the report.

The Committee to Protect Freedom of Expression also noted an increase in recorded incidents of pressure on media and media staff as compared to the same period last year, which was determined by the unprecedented quantity of lawsuits against news outlets.

CPFE President Ashot Melikyan finds that these lawsuits against media might lead to self-censorship in the press.

“If nothing is done and the courts always completely rule in favor of the plaintiffs, these will become precedents and will always continue,” he cautioned.

According to him, all parties must take lessons from this situation.

“News outlets and journalists should be more responsible particularly in writing critical articles: check facts, use different sources, compare and be confident in what they write and not assume. Politicians should accept that the limits of [permissible] criticism are wider with regard to politicians [than with regard to private individuals]; otherwise, they are doomed to an entire life inside the courts. And the public should be more tolerant,” he said.

Melikyan also finds that one of the most important factors is legislative reforms.