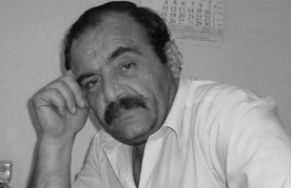 An precedented lawsuit was filed with the Court of General Jurisdiction of Kentron and Nork-Marash Administrative Districts of Yerevan: a local news outlet is suing another local news outlet.

Constitutional Rights Union (SIM) party leader Hayk Babukhanyan and Iravunk Media Ltd., publisher of Iravunk Weekly, have initiated a lawsuit against Khmbagir Ltd., publisher of the website Report.am, and journalist, analyst Edik Andreasyan. The plaintiffs find that their honor, dignity and business reputation was harmed in an article published on Aug. 31, 2010, titled “Iravunk’s right is at the edge of Hayk Babukhanyan’s sword” (“Iravunk” means “right,” thus the title is a play on words). The SIM party leader and Iravunk Weekly are demanding a retraction and a public apology, as well as 3 million drams (about $8,110 US) each from the news outlet and the author of the article (Andreasyan) as compensation for harm caused through libel and defamation.

“The article published in the noted news outlet [the online news site] contains such expressions (and generally, the entire article), which are libelous and defamatory, since the published article and the expressions made within it are not veritable facts and are untrue. Moreover, the accuracy of the article has not been substantiated by any evidence by the author in the published article,” reads the lawsuit application.

According to Edik Andreasyan, he expressed his opinion in the article, which Hayk Babukhanyan apparently didn’t like.

“The article is built on ambiguous expressions [double entendres]; I expressed my opinion. This is only for financial [reasons], because no court can ever prove that there’s insult there. Basically, the question of money played a great role, he got excited — two harsh words were used and those in quotation marks. Notice they noted that the entire article is an insult; that doesn’t happen, only certain words in an article can be an insult [i.e. libel],” he said.

The SIM party leader finds that anyone who can express himself through mass media says that in his opinion the man on the street is a pig, that’s not freedom of speech and it’s not expressing an opinion.

“That man can really punish for insult [i.e. defamation] the one who expresses such an opinion,” said Babukhanyan.

The politician also notes, “There are laws and any such expression can be punished in accordance with the law, when there exists a defamation of character,” and he expresses hope that “this one situation, when those who defame, insult and curse will be punished, will bring journalists who think like them to their senses and will keep our public environment away from such… phenomena.”

Committee to Protect Freedom of Expression President Ashot Melikyan believes that it would be better if Hayk Babukhanyan resolved this conflict by making use of the right to respond and by presenting a request for a retraction.

“I don’t really consider launching a lawsuit against one’s colleague to be right, especially when there was an alternative and more preferable option: appeal to the Mass Media Self-Regulation observer body for mediation,” he said.

“The defense can appeal to the observer body, the observer body will negotiate with the plaintiff and will suggest the dispute be transferred from the courtroom to this plane and to make use of the options for response and retraction,” he said.

According to Barseghyan, if both parties agree, this will be the best option for resolving the dispute, if, of course, the plaintiff has no intent of financial bankruptcy.