Newseum: Behind the Scenes of US Media 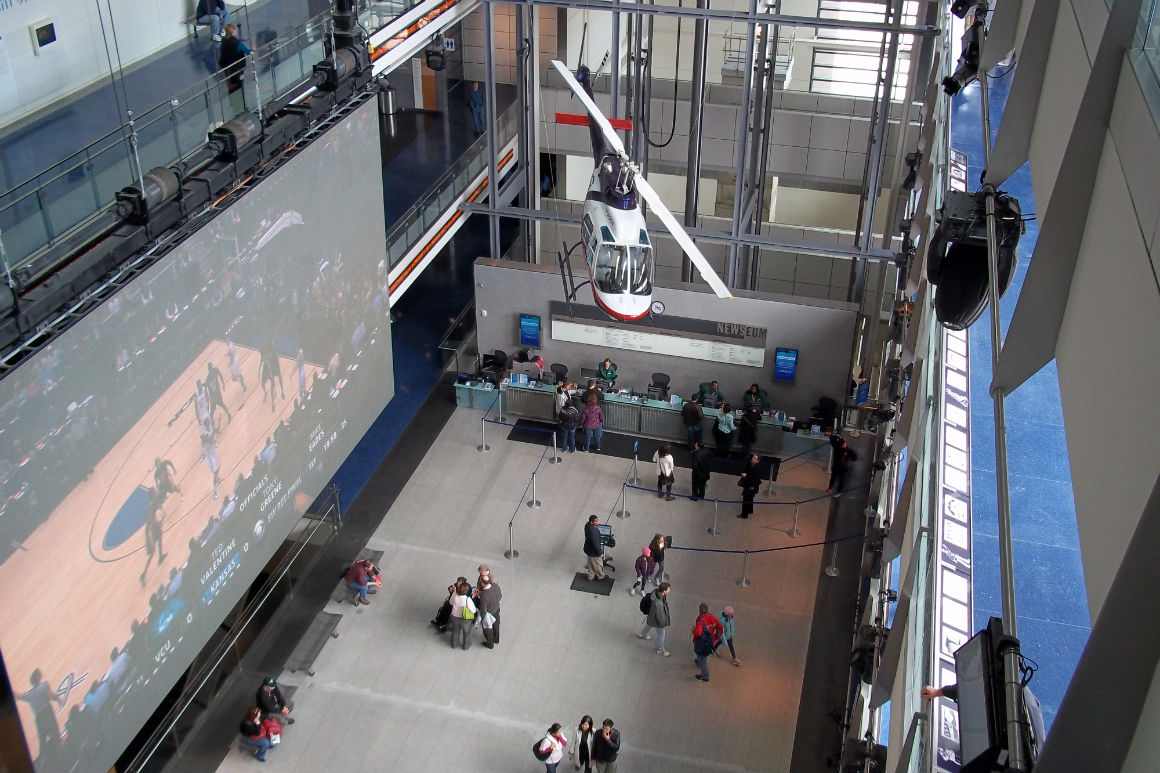 The Newseum is a museum where nearly all journalists who visit Washington, D.C., try to go. It features seven levels of galleries, theaters, retail spaces and visitor services and offers a unique environment that takes museumgoers behind the scenes to experience how and why news is made. The museum houses American media’s past, present and future.

Visitors can scan the newspaper archives. You simply chose the newspapers you want from the screen and you can see how that newspaper, say, The New York Times, appeared at the start of last year. On one level is the history of television and its stages of development. It’s possible to watch programs broadcast years ago. There are a few halls for viewing films where documentary films about the media are screened. There’s also a 4D theater (a 3D film with fourth-dimension special effects) where short films feature some of the most dramatic events in journalism history including journalists reporting on WWII events..

There are separate exhibits dedicated to Sept. 11 and Hurricane Katrina (on display through till Sept. 18, 2011), which show how the American press covered the most tragic pages of US history. I met one woman who was weeping while watching one of the films describing Katrina. Visitors relive their history.

The Newseum is an interactive museum. Children can play games here: they can feel like they’re correspondents, seek news, discuss ethical issues. Museum visitors can feel like a journalist broadcasting live news. The real video camera, sound, director and the video just might appear online.e:

There are special halls that address the influence of social media. Visitors can see how social media has been used, for example, during the earthquake in Haiti. Specially shot videos explain what is a blog, what is YouTube.

People come to the Newseum with their children. This is a museum in which visitors see what is media, how it works and what influence it has.