The Kocharians and Jamanak Daily Were Unable to Reach a Settlement 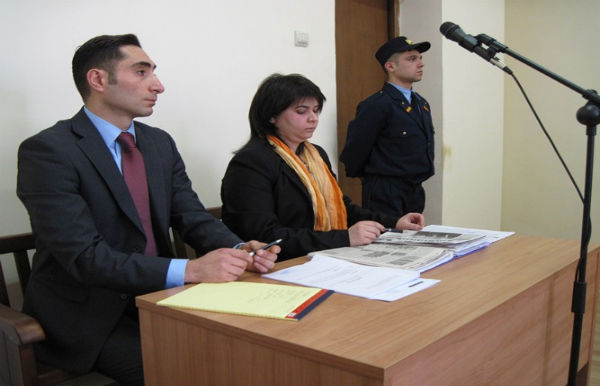 The Kocharians and local daily Jamanak (“Times”) could’ve reconciled today. The newspaper’s representative, attorney Nikolai Baghdasaryan, during the last court session, offered to settle the lawsuit and publish a retraction. According to the attorney, a retraction should be sufficient for the plaintiff if the Kocharians’ aim is not to cause financial damage to the newspaper.

Jamanak agreed to retract information published in September and early October of last year in which it claimed that Bella Kocharian, the wife of Armenia’s second president Robert Kocharian, is involved in the pharmaceuticals business, the 911 drugstores chain belongs to the Kocharian family and they’re the ones who sponsor Comstar, Likvor and Pharmatex in the pharmaceuticals drug markets.

It became apparent in court that the parties had not reached an agreement. According to Kocharians’ representative, attorney Sargis Grigoryan, Jamanak did not fulfill its promise and didn’t publish the retraction.

Baghdasaryan, however, said the promise has been fulfilled and the newspaper, as promised by the founder, regardless of its content, published the text sent by the Kocharians in full.

“They sent a text, but not a retraction. In the text, they had to define those facts which are untrue. They didn’t hand us any text with such content. They wrote that in such-and-such an article, we insulted and libeled them, and for that let the paper apologize, but which expression was insulting and which was libel they didn’t end up writing,” said Baghdasaryan.

In his opinion, the plaintiffs’ aim is to cause financial damage to the paper, since the plaintiffs don’t present facts and expressions they considered insulting and in all cases demands the maximum compensation for damages.

The Kocharian family is demanding 6 million drams in compensation from the daily for damages through the use of insult and libel.

Judge Arayik Melkonyan gave the plaintiffs one week to clarify the scope of the claim and to note specifically what it views as libel and what it views as insult in the material published by the paper.

The next court session is set for March 23.