There Should Be Consequences for Those who Insult Journalists: Opinion 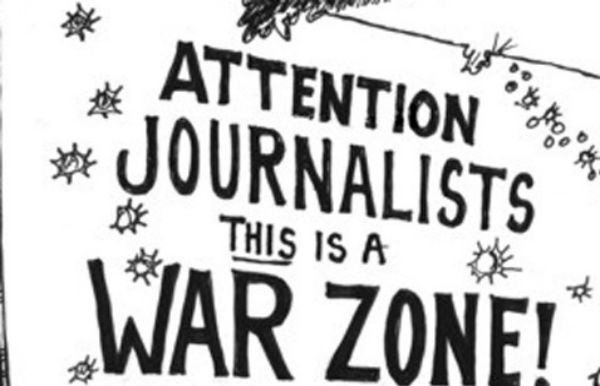 A lawsuit, Hetq journalist Grisha Balasanyan vs. MP Ruben Hayrapetyan, has been launched at the Court of First Instance of Avan and Nor Nork Administrative Districts. The journalist is asking the court to mandate the deputy to apologize and to pay 1 million drams as compensation, as well as cover legal expenses.

On Feb. 2, Hayrapetyan had cursed the journalist when the latter had called him to ask what moral damages he had incurred after a story published by local daily Haykakan Jamanak (“Armenian Times”), which he had taken to court.

The publication had sent a report of a crime to RA General Prosecutor Aghvan Hovsepyan, including the audio recording of the journalist’s telephone conversation with Hayrapetyan, noting that the MP hindered the journalist’s professional, lawful activities.

Armenia’s Special Investigative Service (SIS) sent its decision to reject the criminal case launched by the Hetq journalist against Ruben Hayrapetyan, explaining it as due to the absence of corpus delicti and finding that the National Assembly deputy did not obstruct the professional activities of the journalist.

“We had appealed in order for [the SIS] to launch criminal proceedings, but they didn’t. Finally, he violated the journalist’s right to receive information. He is an official, the journalist wanted an interview, he could’ve responded to those questions as an MP because it had to do with him and his activities,” said Hetq editor Edik Baghdasaryan.

Lawyer Siranush Sahakyan believes that by not answering the journalist’s question, the MP didn’t obstruct his professional activities and didn’t violate his right to receive information.

“Even having that status, the MP is a private entity and has the freedom to give or not give information. I find that the MP did not have an obligation to provide such information. This wasn’t that [type of] information the provision of which as a state body is guaranteed by law. If there was a question related to parliamentary activities and he didn’t answer, that really would be a problem,” she said.

Hetq’s editor finds that there was something else criminal in the MP’s action.

“He allowed for a hooligan act: two days later he said that he was at the eye doctor [at the time of the call]; that is, he cursed in a public place, and uttering sexual profanities in a public place is considering hooliganism,” he said.

According to Baghdasaryan, they were more affected by the fact that Grisha Balasanyan’s mother and nephew heard this profanity.

“Grisha called from home, on speaker phone. His mother was beside him, in the same room. Can you imagine, they curse the mother in the presence of his mother?” asked the editor.

President of the Committee to Protect Freedom of Expression Ashot Melikyan finds that this conflict is not appropriate in civilized relations and in the first place, for an image of a deputy.

“Unfortunately, there are many people like this in our political arena, who can allow such behavior toward a journalist. And such people actively use judicial bodies in order to settle the score with journalists and news agencies. On the other hand, journalists likewise have to consider the conditions in which they work and follow the rules of ethics to the maximum,” he said.

In Edik Baghdasaryan’s words, after their incident, other incidents of Ruben Hayrapetyan frequently cursing appeared, which hadn’t been raised at the time.

“It turns out, it was a regular thing for everyone, Nemets’ [i.e. Hayrapetyan’s] cursing. It turns out, Nemets Rubo cursed at all the journalists, you don’t know why, [but] no one said anything. After us, they said, but didn’t you know that he speaks like that to everyone? News.am wrote that he treated their journalist like that too. Some MPs say, well didn’t you know that he’s like that, why did you contact him? I say, no, we didn’t know he’s like that, but is that normal? It’s a sad situation,” said Baghdasaryan.

Ashot Melikyan thinks that these types of conflicts have to become a subject for discussion in the journalistic community and not be without consequences.

“After each such incident, we have to make conclusions and not leave it without consequences. If journalists are silent, [if] they ignore such cases, I think, these type of people, who don’t miss an opportunity to insult or pressure a news agency or journalist, will make use of that possibility,” he said.

Hetq also sent a letter to RA President Serzh Sargsyan, asking that the MP’s behavior become a subject of discussion at the ruling Republican Party of Armenia board, where Ruben Hayrapetyan is also a member, and to take necessary action; however, the letter has remained unanswered.

Edik Baghdasaryan believes that Grisha Balasanyan’s lawsuit against Hayrapetyan won’t be sustained (i.e. the court will rule in favor of the MP), taking into account Armenia’s courts. While lawyer Siranush Sahakyan finds that all the legal grounds are there for the plaintiff to win the case.

“The likelihood of winning is great. Even if they don’t win [the case] here, a result can be guaranteed at the European court,” she said.