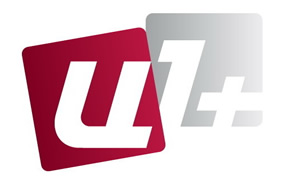 A1+ TV channel published the contradictions and violations apparent in the application ArmNews TV channel submitted for the broadcast licensing competitions in the digital network, announced by Armenia’s National Commision on Television and Radio (NCTR) on July 20, 2010.

“ArmNews CJSC presented documents confirming the readiness of Ameriabank to loan 500,000 [Armenian] drams [about $1,370 US], but in the certificate provided by the bank it notes they’re prepared to provide funds to ArmNews LLC. But it turns out ArmNews LLC doesn’t exist. That means a violation has taken place: ArmNews CJSC has used the money provided to a non-existing LLC in its application,” said A1+ attorney Tigran Ter-Yesayan.

According to him, NCTR, not considering that ArmNews CJSC doesn’t have a financial certificate to implement its programs, has named the TV station as a winner.

A1+ also found out that the employees noted in ArmNews’ application were also in the application submitted by Armenia TV channel. Armenia TV also noted as its employees those actors who were in TV drama series and who participated in their broadcasts.

In the package submitted by ArmNews, it’s noted that broadcast expert Grigor Khachatryan has been working at the TV channel since 2001, while, according to the state registry certificate included in the package, the company was created in 2002.

In Tigran Ter-Yesayan’s opinion, the Commission either noticed and ignored these deficiencies or did not read the application submitted by the winning TV channel.

A1+ President Mesrop Movsesyan finds that NCTR President Grigor Amalyan threw down his gauntlet, and he, as a response, is going to take the case to court on Feb. 21, demanding A1+’s violated right be recognized and to annul NCTR’s Dec. 16 no. 96A decision which named ArmNews TV channel as the winner in the No. 11 competition for broadcast licenses in the new digital network.