In The Library: Ara Shirinyan 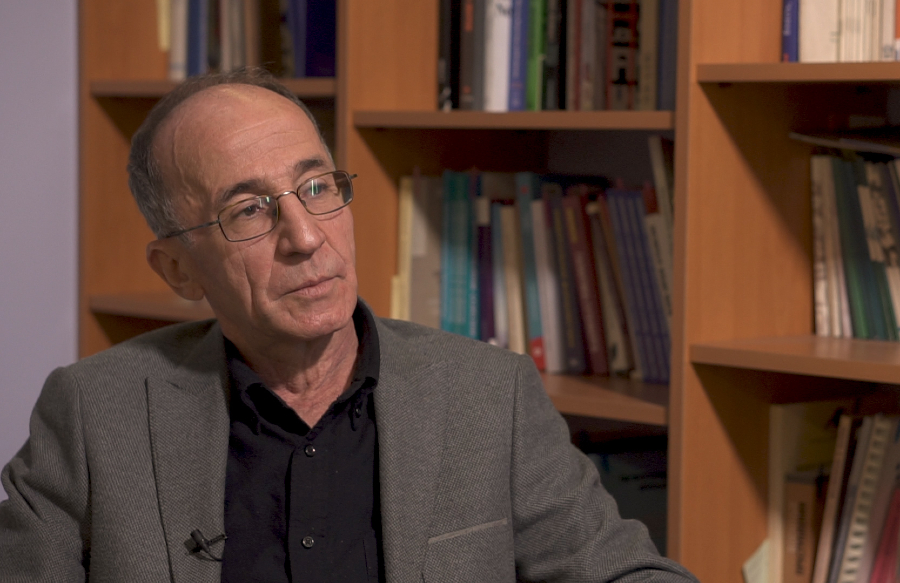 Ara Shirinyan, Chairman of the Board of the Public Television and Radio Company, is convinced that a lot has changed in Public TV, but those changes remain unnoticed.

According to him, the reason is the negative inertia, which is difficult to break.

“Every step has been taken, that is, the locomotive of change has moved it from its place. But it is not a one-sided process. Don’t let the viewer think that they will see changes on the TV screen by sitting on the couch at home… It is a reciprocal process. We are trying to break many stereotypes, but society itself must reconsider the stereotypes.”

“They even say that Public TV continues to be the executor of the authorities, but this is not the case, because the authorities do not have such ambitions.”

Ara Shirinyan cites a sharp change in the information and entertainment proportions as the main achievement (information has doubled). And in a few points, he outlines the positive changes.

“The public is an active participant in the initiatives implemented on the platform of Public Television. I mean the nationwide events,” Ara Shirinyan cites the days of Francophonie, the marathon, the April 24 concert, etc.

In the past, the channel only covered, and now it is a participant.

“We are just programmed to feel the public reaction,” he said.

Ara Shirinyan also mentions the coverage of government initiatives during the pandemic as a conscious work of the public interest.

And he assured, “Public TV, even in its increased information period, has enough programs that have the opportunity to recognize the country and present new changes to the Armenian people. We have many such programs.”

Ara Shirinyan also talks about advertising (the return of which is an obligatory step for Public TV towards healthy competition), the second sales house (which both exists and does not exist at the same time) and the competition for the executive director of the Public Service (a special tender commission will be set up to ensure that the board has the right to elect its own executive director.)

“Many people think that it is possible to come from the streets and lead Public Television. This is not so. That position requires excellent knowledge, skills, high professionalism… In this case, we simply have to choose the best,” concluded Ara Shirinyan.