#OurFatherland: The Anthem On The Walls 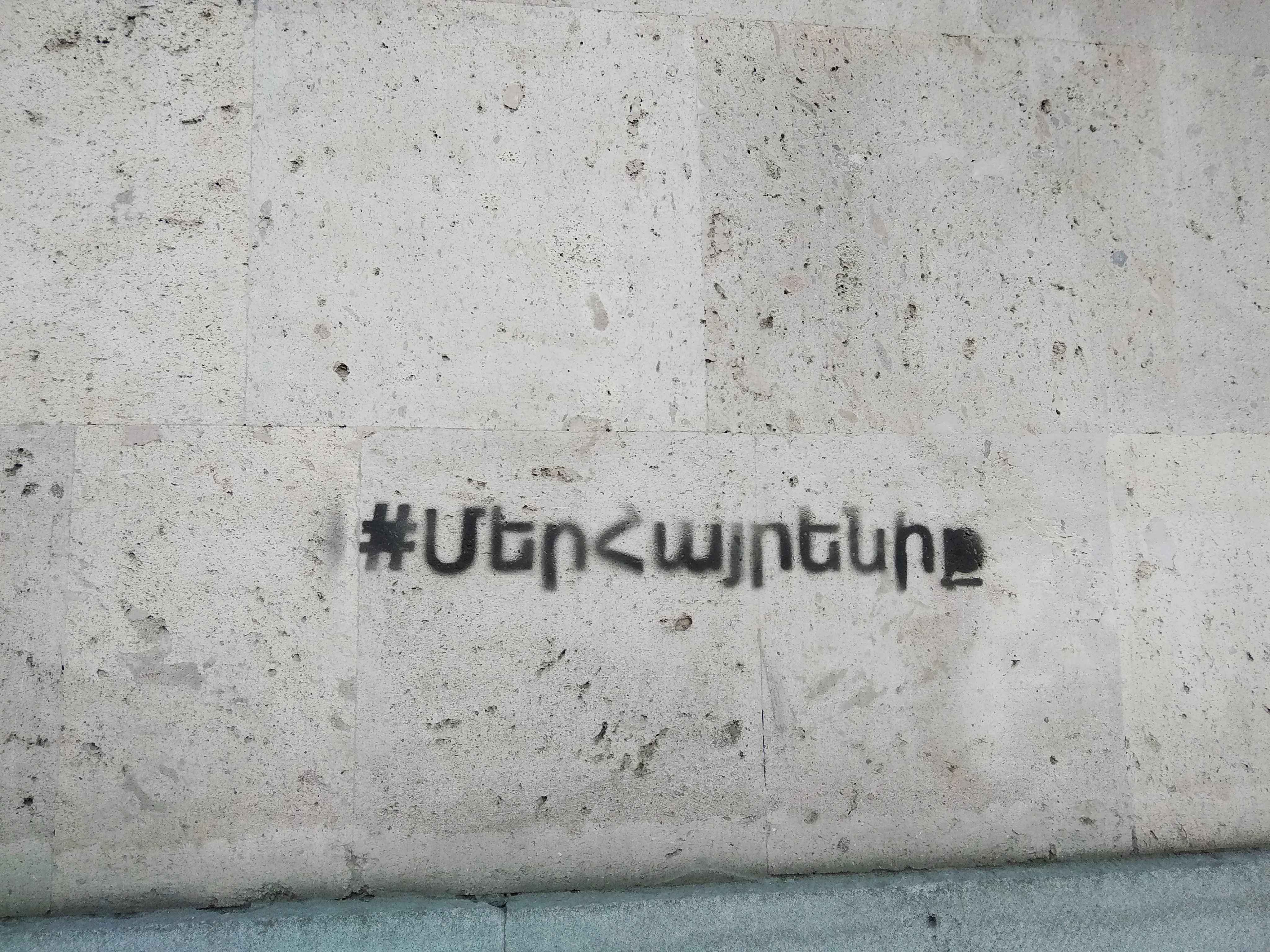 The issue of changing the national anthem of the Republic of Armenia ha been transferred from the TV screens and the internet to the urban environment.

A new hashtag appeared on the streets of Yerevan: #OurFatherland

One can assume that the author of this graffiti thus expresses his disagreement with the deputy of the National Assembly Alen Simonyan, and all those who support the replacement of Kanachyan’s music and Nalbandian’s text with Soviet Armenia’s anthem.

MP Simonyan intends to seriously raise the question of changing the anthem by developing a legislative draft. Even if “Our Fatherland” is giving its place to Aram Khachaturian’s music, and will not be sung by the lips of people, it will have a long life on the walls of Yerevan.