Posters Which Reject The Stagnant Reality 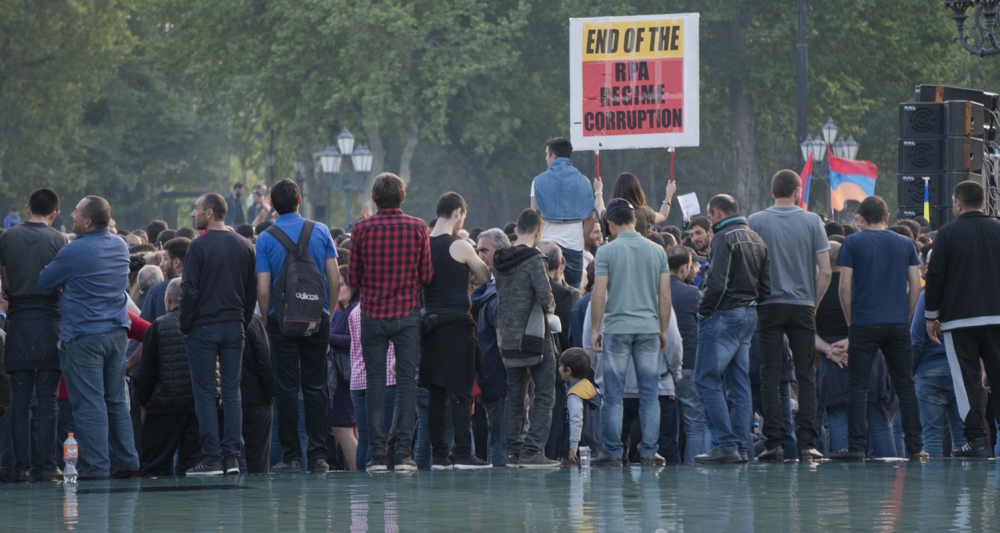 The Take A Step movement is based on individual roles, and the message that the movement leaders have been conveying to the participants of civil disobedience protests, had a goal of placing value in each individual’s presence.

The posters held by people who came to the first days of the movement were posters of rejection. By saying “Reject Serzh,” they were rejecting the nonviable governance model. Later, writing emerged which was aimed at the future. After rejection comes the moment of confirmation.

And the citizens of Armenia proclaimed this in a creative way, with both handwritten and printed posters, which were raised high, worn on their bodies, taped on cars and columns and of course by chanting.

Reality was changing under the influence of those pieces of writing. The texts were uniting