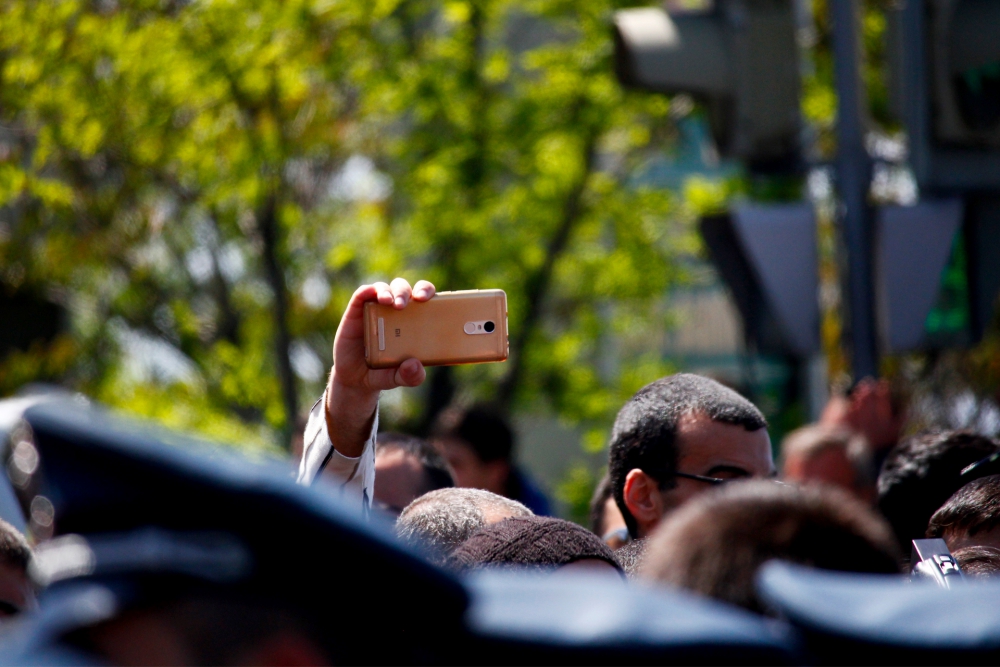 Yerevan is in motion, the marches and acts of civil disobedience that start in one part of the city and develop in a totally different part, keeps the residents of Yerevan in a state of constant alertness and readiness.

In these conditions, journalists are simply not physically able to keep up with all of the points where they might be able to, not only be provided with a static position from which they can broadcast life, but also simply be there to record things in a casual way.

Scattered and rapidly changing places have seriously transformed the media field, where journalists no longer have the monopoly of transmitting relevant information.

What is relevant in a specific location and in a specific time frame, will move to a street on the other end of the city within a matter of minutes.

Or it might flare and take place simultaneously and in parallel across several places.

The role of recording and responding to what’s happening no longer belongs to journalists alone, but also to each person who is found at the points called “here now,” and become witnesses to any incident.

And thanks to that trinity, everyone shoots and disseminates their material quickly.

Moreover, for as long as their smartphone batteries will last them.

This situation can be named “mass broadcasting,” and it has absolutely nothing to do with mass media.

This is a new opportunity for media outlet who, during the Take a Step, Reject Serzh protests, have already been working in an overly tense, around the clock schedule, and who have to take into consideration not only their own personal resources, but also everything that can be offered to the broadcasted city.

This requires the logic behind the points of the events. When there is no important point, different points are important.

Responding to those points cannot even be considered citizen journalism, because it is simply not journalism. Rather, it is a civil debt and a pleasure.

Being a witness to and being informed about an incident is really a satisfying duty, even when you are a witnessing manifestations of violence and injustice, because you know that what you do is necessary.