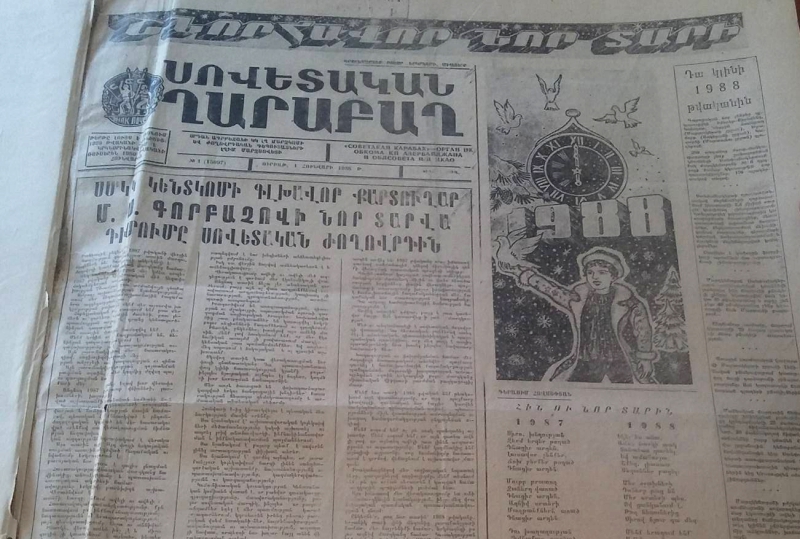 February 2018 will mark the 30th anniversary of the Karabakh movement: on February 20, 1988, it was decided to secede from Azerbaijan and join Armenia.

But what was to begin in February was generally not felt in the press of the day. It was in 1987 that a general petition began in Karabakh and Armenia, with the demand to return Nagorno Karabakh to the Armenian SSR. The January 1, 1988 issue of then-published newspaper Sovetakan Karabakh (Soviet Karabakh) continued to preach internationalism and cover Communist Party meetings — with “Communists are on the frontline,” “Internationalism is our strength,” and other such headlines.

The front page features General Secretary of the Communist Party of the Soviet Union Mikhail Gorbachev’s New Year’s message to the Soviet people.