Mountains of Photos, which Need to Be Climbed 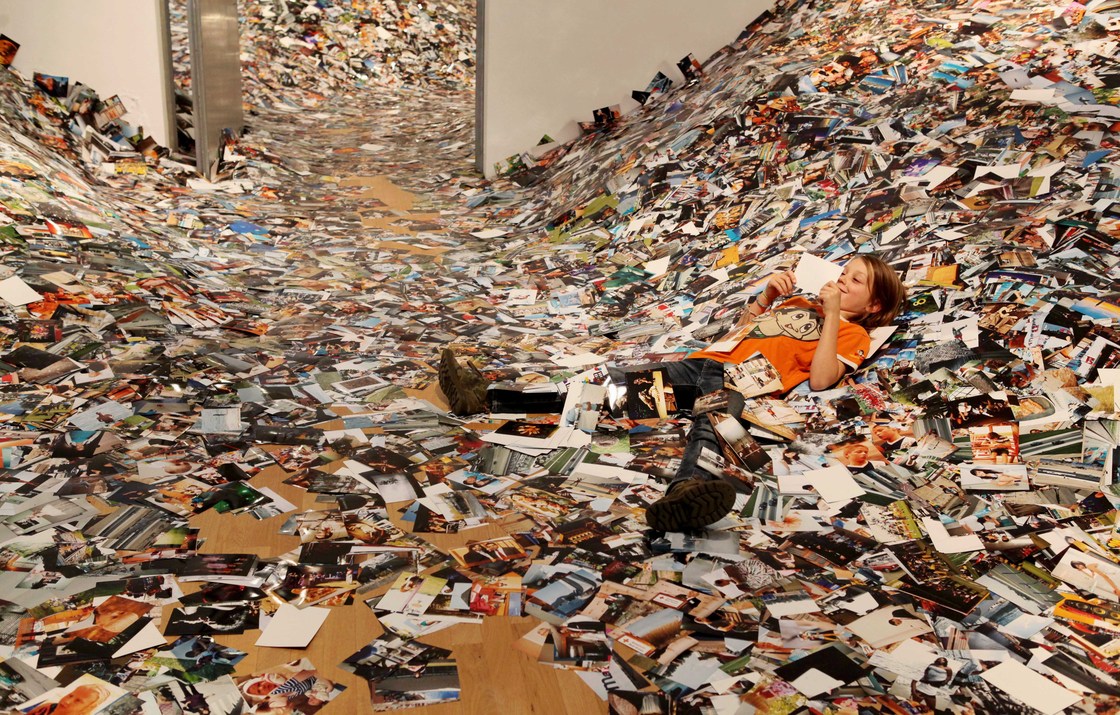 The creator of the project “24 Hrs in Photos” is Dutch designer and art curator Erik Kessels.

In 2011, Kessels decided to transfer to the physical world all the photos published on Flickr in a single day, downloading and printing them.

Thanks to Kessels’ project, it becomes apparent how large the flood of images is, which every day are created, disseminated, exchanged, and used online. This enormous mass is composed of the documentation of different moments of individual lives. And as a result, documented is a new cultural phenomenon, when photos are not art, but a product of mass media.

One gets the impression that it’s possible to drown in the heaps of photos; this effect is created by the deliberately sloppy presentation of the photos. Gallery visitors are invited to literally climb the mountains of photos, move and examine any photo, which is no longer a personal moment, but a grain of sand, in an endless desert.

A lot of time has passed since this project, and Instagram already asserts that 80 million new images daily were uploaded on its website in 2016.