TV as the Keeper of Life 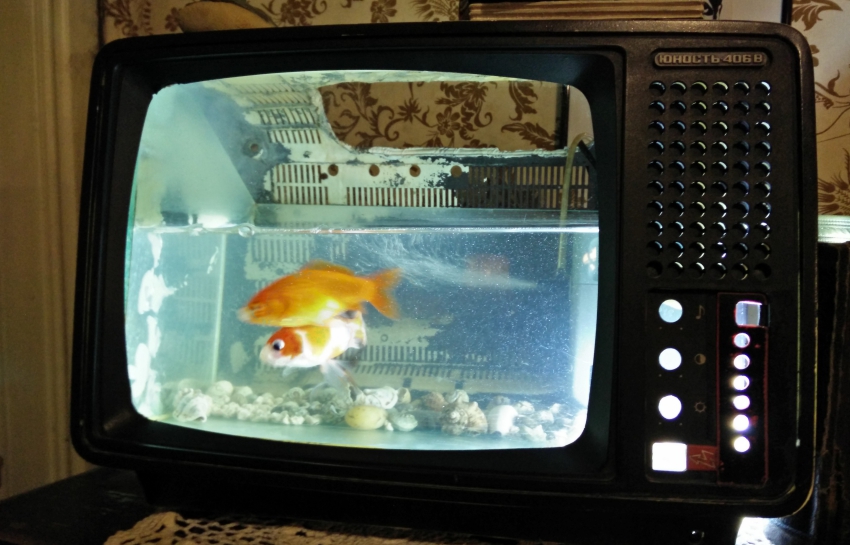 Time and technology turned television sets into thin and narrow devices, so thin and narrow that they almost merged into the wall. It became no longer possible to place beautiful and beloved objects on top of the television. For example, photos, statuettes, flower vases, or even to spread lace or hand-woven covers.

TV sets are now not suitable for supplementary operations. The other option is the ancient and kind TV sets that bring to mind a box, on which not only statuettes and trays were placed, but also their receptacle format was used.

You can pour water, breed fish, and admire the goldfishes and flowing water appearing on the screen. And the mermaid will look from above how life is preserved in a television  — now as a dreamlike environment.