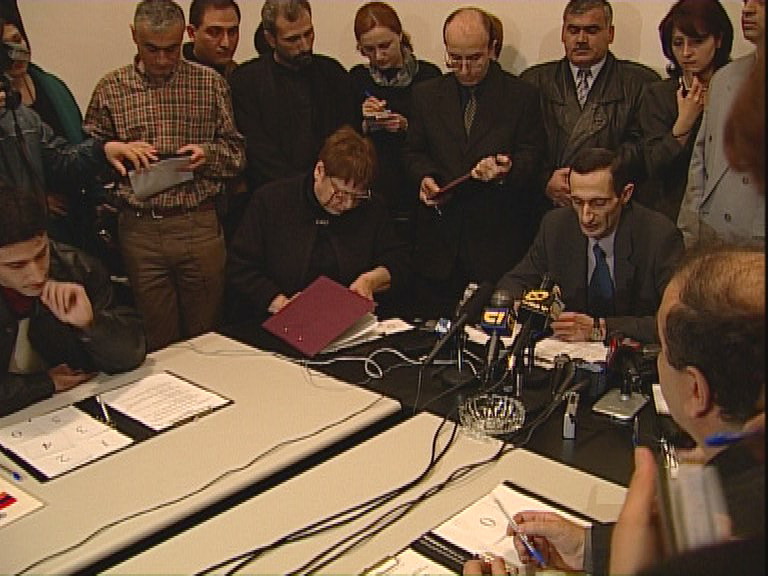 On April 2, 2002, A1+ TV lost its broadcasting frequency. Some of these photos are from the that day’s meeting of the National Commission on Television and Radio of Armenia.

The rest of the photos are from the April 2, 2004 march and demonstration in Yerevan by journalists protesting A1+ being taken off the air. In the photos, you can see well-known journalists Aram Abrahamyan, Anna Israyelyan [also a contributor to this site], Nikol Pashinyan (who was a journalist at the time), Artak Aleksanyan, and many others.