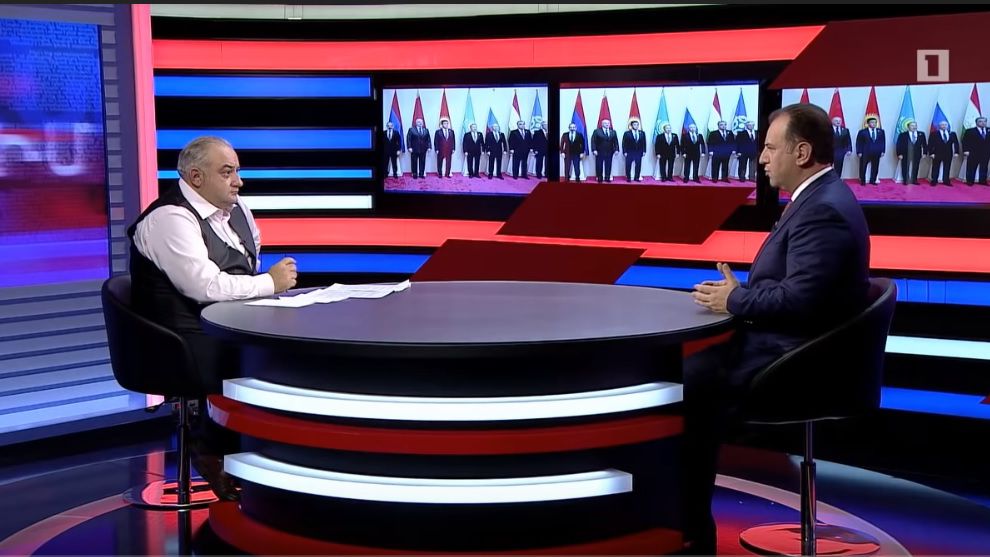 Hraparak Daily wrote that Margarita Grigoryan personally, from the director’s pavilion, set up the program and urged petros Ghazaryan not to interrupt the guest during the first broadcast of the program “Actually Today.” The first guest was the first person on the electoral list of the RPA, Vigen Sargsyan. According to the newspaper, Petros Ghazaryan did not like this, and he pulled out the headphones in the middle of the program. “After this incident it was decided that the program will no longer by broadcast live and the remaining programs will be filmed in advance.”

Petros Ghazaryan responded to the publication of the newspaper, “It is a lie. I asked questions during Kocharyan’s time, during Serzh Sargsyan’s time, and Pashinyan’s time. I assure you that no one has ever intervened with my questions. And removing the headset was done for a very simple reason, clothing was getting in the way etc. There was not content intervention, especially during Vigen Sargsyan’s time when everyone was listening intensely.” Ghazaryan assured that the program was edited in the least.

To the question of whether or not the program is broadcast live, Petros Ghazaryan replied, “The program is recorded in the evening about two hours before going on air. We do not even have time to technically edit it. We warn the guests, that even if we wanted to, we will not be able to edit. I have hosted a live program for several years on Kentron TV, and have done non-live broadcasts for a few years. Live broadcasts are more affordable to TV companies. When the broadcast is not live, and the guest finds themselves in an uncomfortable situation, they go off air and say ‘let’s cut this’ and so on. If you don’t cut it, the guest becomes angry with you. It’s bad for you in both situations. When you’re live it just goes and goes on it’s own. Live broadcasts is cheaper on the television station, but we found it technically easier to record two hours before broadcasting it after the Agenda program.”