A Fond Farewell To A Lovely Village 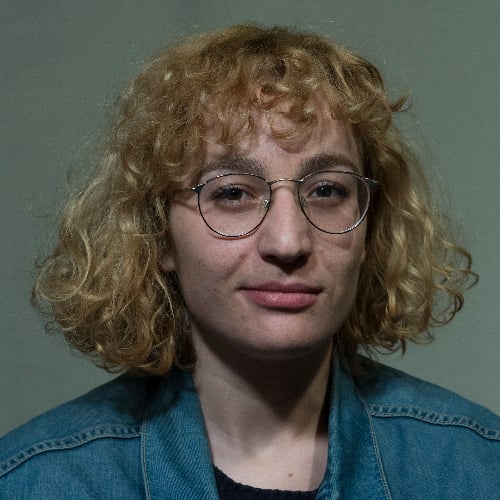 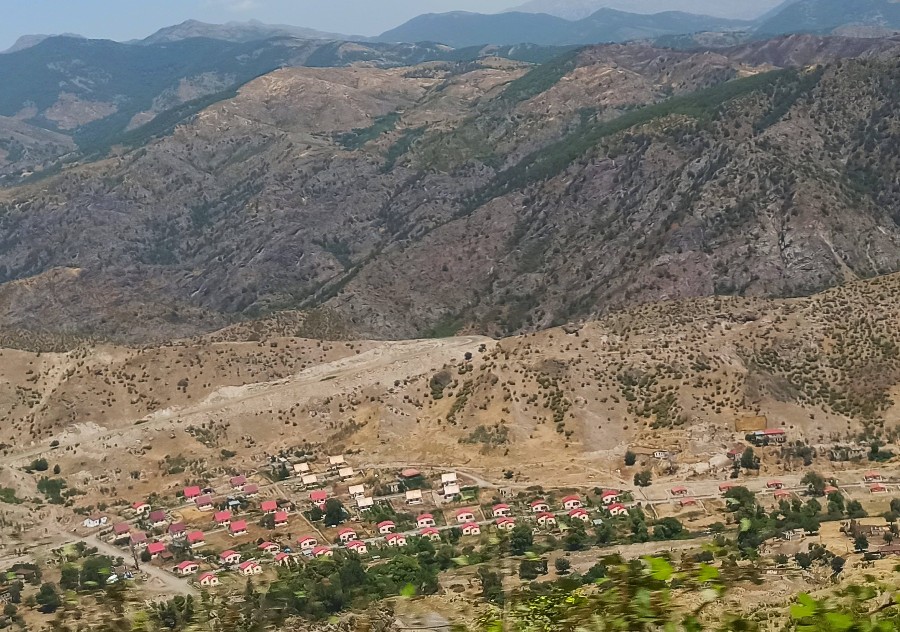 Aghavno village has always been one of the media’s favorite settlements in Artsakh. It is distinguished by beautiful, identical, newly built houses with red roofs and is very photogenic. This was also one of the successful examples of the resettlement policy, a shelter built with the investment of all Armenians for Armenians looking for a new life, including Lebanese Armenians and Syrian Armenians.

The beauty of the village makes the imperative to leave it even more dramatic. Aghavno, together with the villages of Berdzor and Sus, will be handed over to Azerbaijan at the end of August.

Nikol Pashinyan was the first to announce the withdrawal of the Armenian population from the village in July, referring to the agreement of November 10, 2020. However, Artsakh authorities were negotiating to keep it until August 4. The leadership of Artsakh hoped that it would be possible to keep Aghavno, because it is close to the new route of the Lachin Corridor, the part of which was built by Azerbaijan, and the Armenian part will be ready in the spring of 2023. On that day Artsakh Minister of State Hayk Khanumyan visited the village and informed that the 200 people left in Aghavno will have to leave. 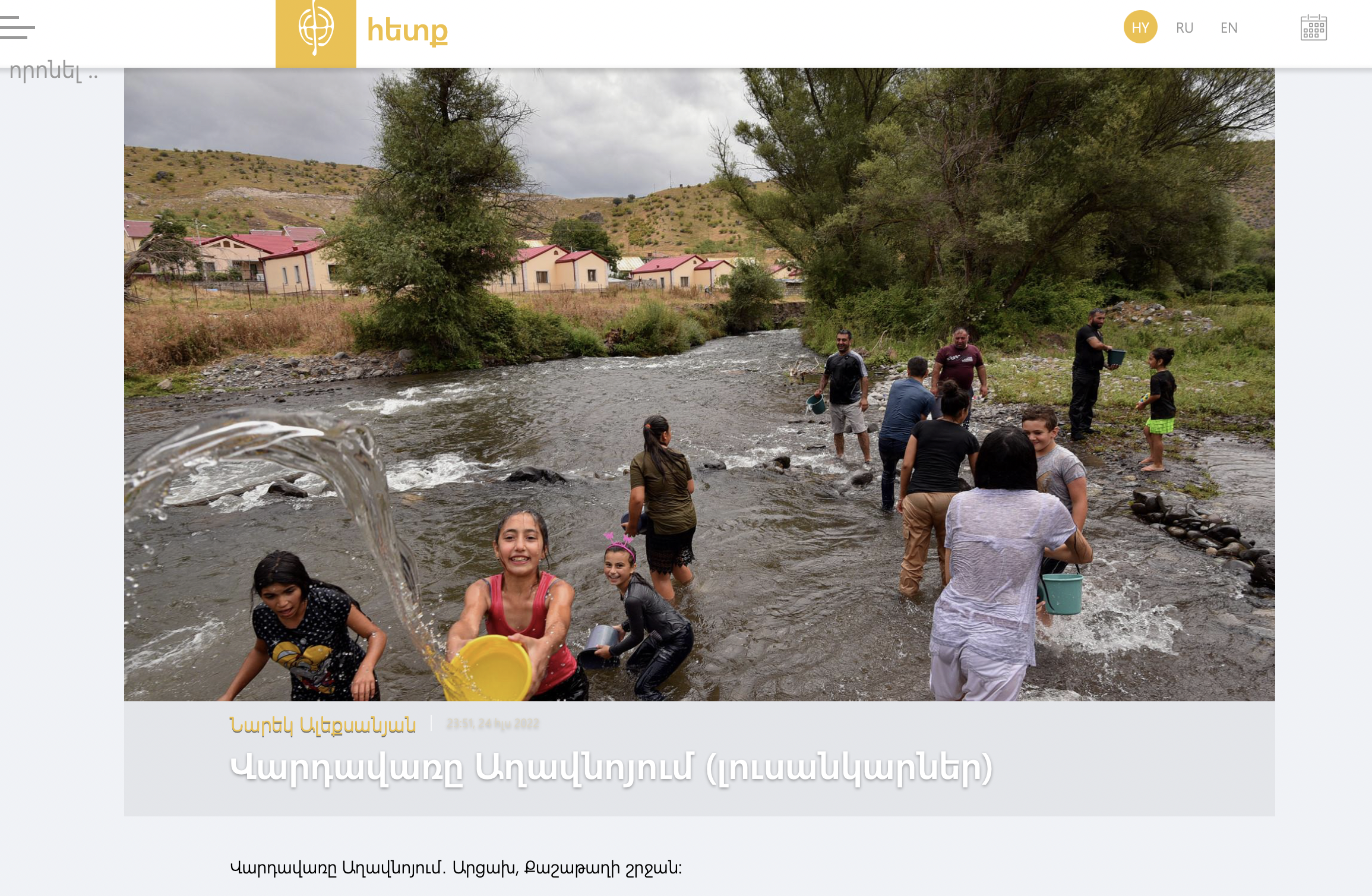 The visit was covered and it was also followed by obituary reports from “paradise village,” “red-faced beauty” Aghavno. Emotions were added by the women giving interviews in the reports, who cried while speaking, and the men who demanded weapons and agreed to die but not to live on their knees. In the materials dedicated to the surrender of the village, the children also appeared, innocent and pure, playing in the water on the day of Vardavar. The graffiti on the wall of the school, “we dance and we will dance again” and the piano of one of the residents on the street, on which passersby played a requiem, became a symbol of leaving the village. 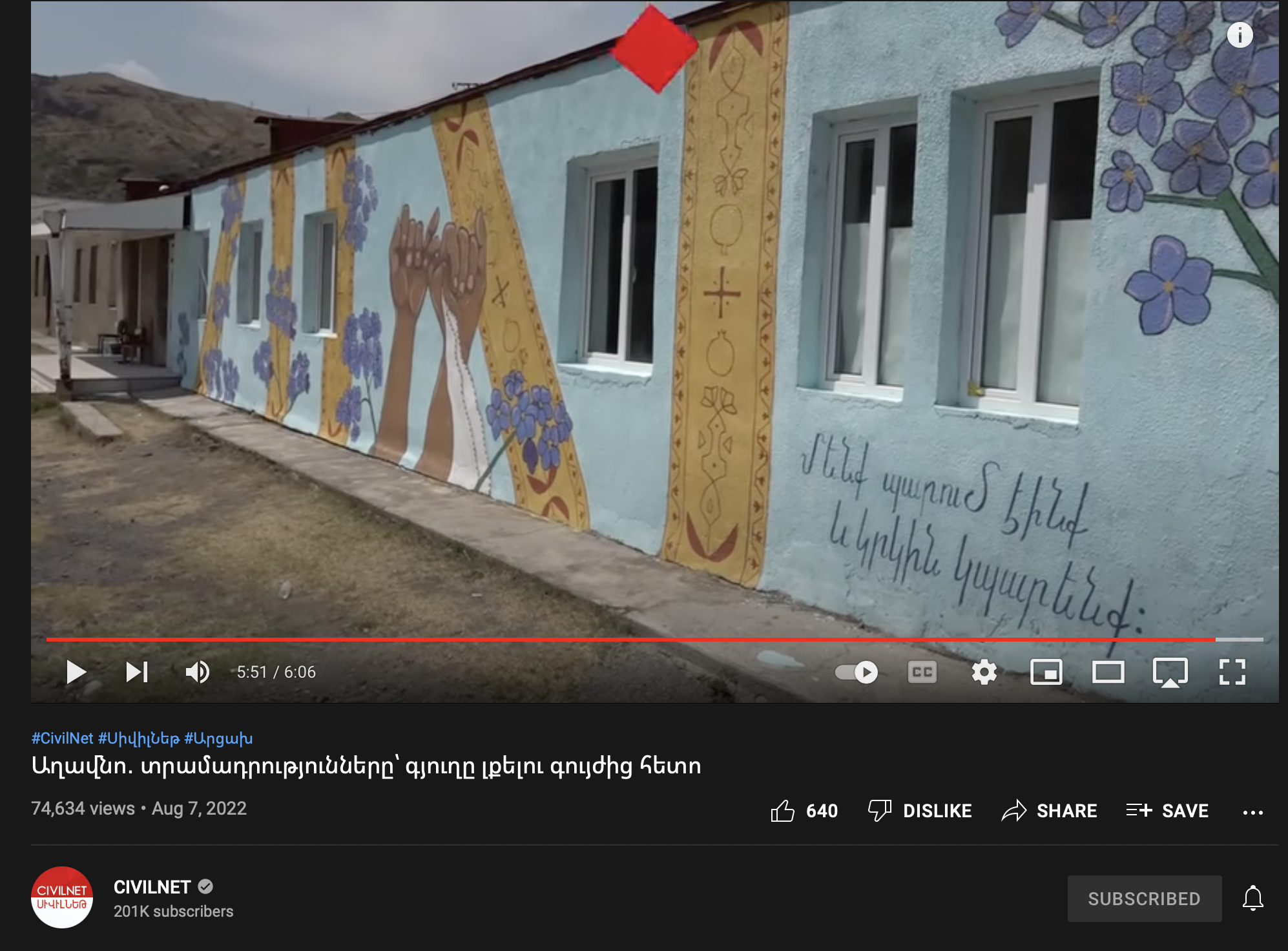 In addition to over-emotional content, the reports also reported facts, and practical details, including the residents’ material demands, and concerns about the future. Among them were the sharp increase in the price of trucks – up to 300 thousand AMD, the current high prices of real estate in Armenia, the non-acceptance of house certificates to be issued by banks, etc. These were concerns that the residents of Aghavno voiced in between emotional speeches and left it up to journalists to decide which one to give more importance to.

The residents of Aghavno received answers to some questions from Hayk Khanumyan. From the coverage of his visit, we learned that around 200 residents must leave the village by August 25 and that they will receive a certificate with which they can buy an apartment either in Artsakh or in Armenia. Taking into account what those who left Karvachar did in December 2020, Khanumyan forbade those in Aghavno to burn their houses while leaving.

“In general, I am surprised by the mania for burning, looting, and smashing things. It seems that the most important episode in this whole story is burning or cutting down a one-year-old tree,” Khanumyan said.

This admonition caused perhaps the greatest resonance in the media domain. In some media, Khanumyan was depicted with negative evaluations. However, the information provided during his visit was more practical, so the hate speech against him did not become so widespread.

However, at least two people gave in to the desire to burn houses, whose video communications were republished by several media (Yerevan.today, Panorama.am, etc.). 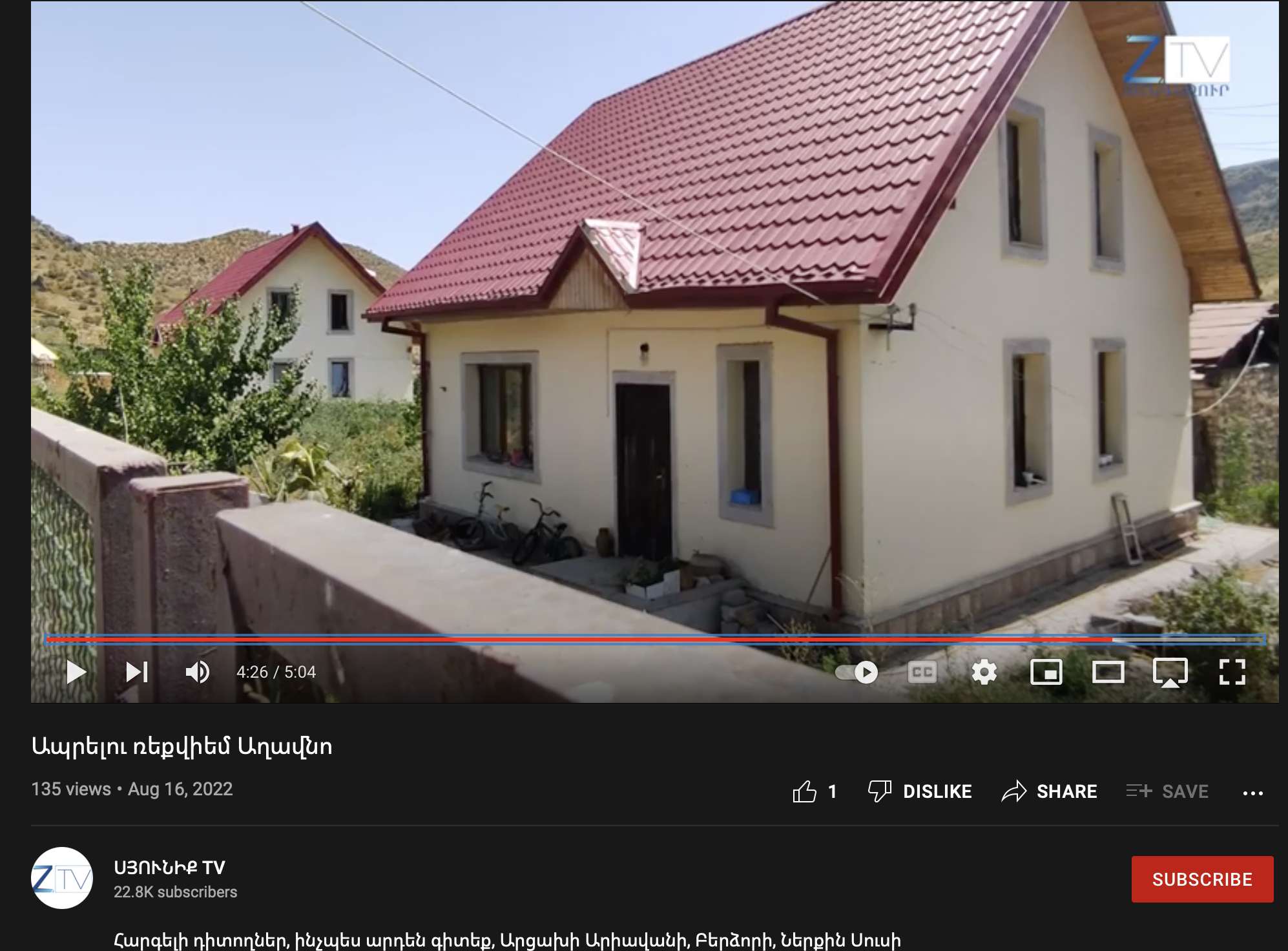 The news about Aghavno’s surrender, despite the requiems, did not cause a great media resonance. First of all, because those who proposed the alternative of not leaving the village did not explain the essence of their alternative. Many individuals appealed to people to go to Aghavno, to be there with the villagers. But what to do on the spot was not clear.

“If 500 people come to Aghavno, the situation will change 180 degrees, I declare with full responsibility,” urged Suren Petrosyan, head of the “Democratic Unification” party, in an interview with News.am. The author of the call did not clarify what the volunteers should do, arguing that the details would be given on the spot.

The calls to keep Aghavno are not only irrelevant but the official explanation of the issue of handing over is included in the agreement of November 10. The only thing that angers is the change of timelines and the use of force by Azerbaijan.

The calls to go to Aghavno also became a secondary media opportunity, against the background of the explosion of the Surmalu market in Yerevan.

There are still 6 days to report from beautiful Aghavno. Some of the villagers will wait until August 25 to see what will happen.