It is the first day of the first week of October. The sounding of air alarms is often separated by mere minutes. The war was longer than we expected, along the front line, the shelling in the direction of peaceful settlements was intensifying day by day, the volumes were increasing, the weapons being used were changing, the caliber was increasing.

We are in Hadrut for the second time after the start of the war. The city and the surrounding villages continue to be shelled, but this time I will not talk about the horrors of war.

– The subscriber cannot be reached… This voice and response were one of the most unbearable in the days of the war, equal to the air alarms and shells, unyielding.

The other news crew is in Martuni (journalist: Arthur Khachatryan, cameraman: Ashot Khachatryan). We have not heard from our colleagues for several hours now, the only news we have is that Martuni is being shelled again. Another call, this time to the operator, Ashot, again the same answer – the subscriber cannot be reached. We return to Stepanakert from filming with anxious thoughts, and a few hours later our friends and colleagues return. Fortunately, the only problem they faced was with the connection, and the boys were once again miraculously saved… 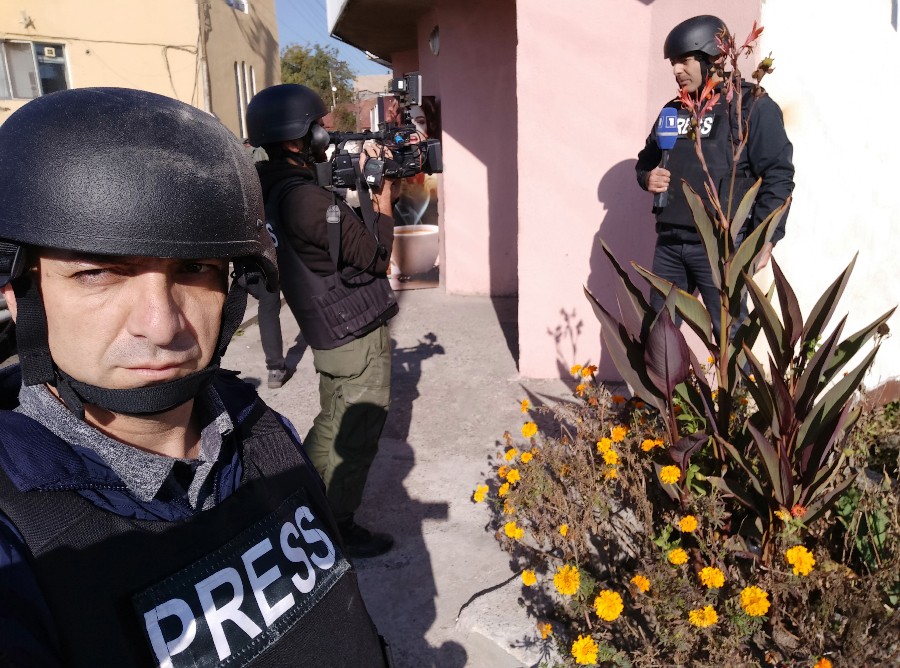 After sharing a few words with Arthur and Ashot about the day and about the thoughts that crossed our minds, he called in “rice with tushonka,” my favorite scent. We quickly take off our body armor-helmets and “attack” in the direction of the table prepared by our friend Simon Sargsyan.

“Well cheers, guys, we’ve made it another day.”

One by one we take in a shot of homemade mulberry moonshine drawn by Simon’s father, which would probably be “about 70 horsepower,” although Simon insisted that it would hardly be 57. In any case, on those days it was an important way to unwind at the end of the day.

With the cloud of smoke covering the rocky city, the autumnal half-sun begins to give way to darkness. The flashlights are on in the basement. 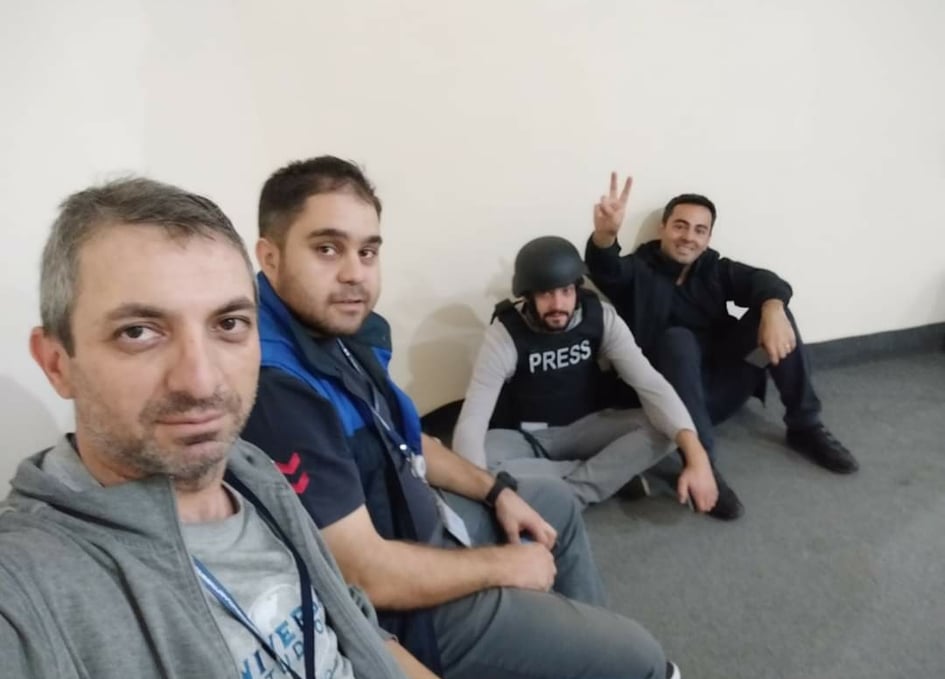 “Guys, let’s do it this way, one group goes back, there is no need to stay here in two groups anymore, let’s decide who is leaving and who is staying.”

“You’ve just gotten married, you don’t have a child yet, I will stay, I will definitely let you know when I need to be replaced,” I continued to urge my friend.

“No, I’m not going either, you go, you actually have a child, that’s why you have to go, and you have worked even longer than me,” Arthur tries to persuade the opposite.

This dialogue of rejecting each other lasts for about half an hour. Cameraman Artak and Ashot argue with journalists, no one wants to leave the trench entrusted to him

“Guys, it looks like you can’t decide, then let’s do it this way, now we will do a lottery. Whoever draws the paper with Artsakh written on it will stay, okay?”

Ruben Shahinyan, the director of news, is organizing a lottery, under the lights of the phones, and in my hand is a piece of folded paper, I don’t want to open it …

With difficulty, I somehow force myself to open the carefully folded paper. In the light of the lanterns, the course of the following days is somehow noticed:

Cameraman Artak and I are the ones returning to Yerevan. A little later, Artak posted a picture of all of us on social networks.

“We were substituted, everything will be fine, #WeWillWin.”

Half an hour after the draw, driver Garik Nissan heads to Yerevan, a week after the war.

PS. Dear reader, you would not be familiar with this story, and we would probably have a hard time remembering it if Armen Sargsyan had not secretly filmed this whole process, which I learned about a year after the end of the war at the Stories of Conflict Journalism Summer School organized by the Media Initiatives Center, in September 2021.