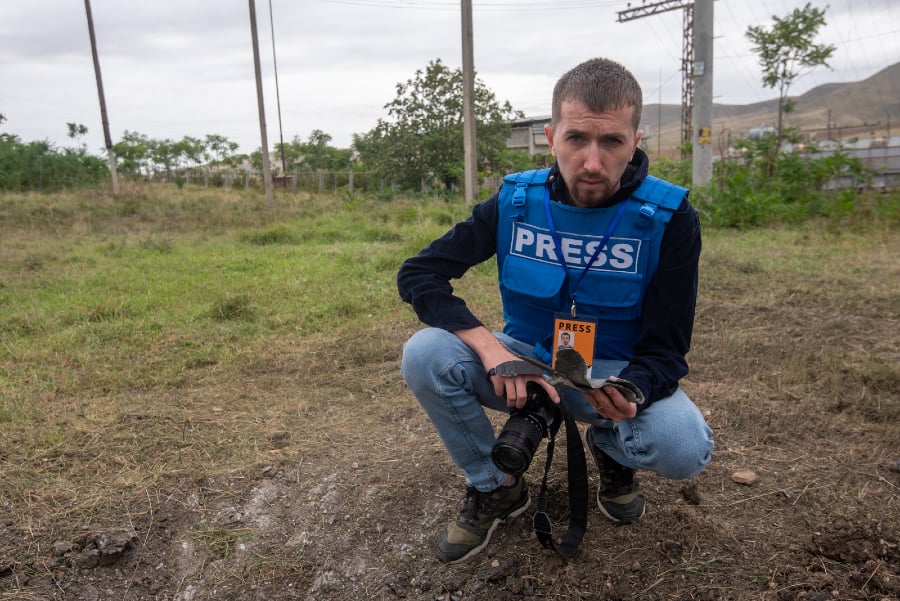 The lights were not on in Stepanakert on the night of September 27-28. The rare passing car would light the streets.

Unlike the April 2016 war, this time Stepanakert was also a target. There was no “island” of security. There was no opportunity to fulfill the “patriotic duty” in the cafes and restaurants of the city.

In a very short time, the main part of the tourist “selfie brigades” that came to the capital of Artsakh with “camouflage” returned to Armenia.

We did not have bulletproof vests and helmets yet during the April war. This time we were ready. Many, many journalists did not have it this time either. Some editorial offices did not think about it or did not have the opportunity to get them.

If put plainly and simply, during a military operation, journalists must wear bulletproof vests and helmets (yes, many soldiers did not). If the editorial office does not meet this minimum vital requirement, it probably should simply not send its correspondents to the war zone.

Of course, some of the journalists (as well as volunteers and not only) also had a certain “romanticism,” which was connected with patriotism, helping, being in the center of events and other circumstances. But the bulletproof vest is not “sunscreen” so that not taking it when you go to the sea is not a big problem or something that can easily be solved on the spot. 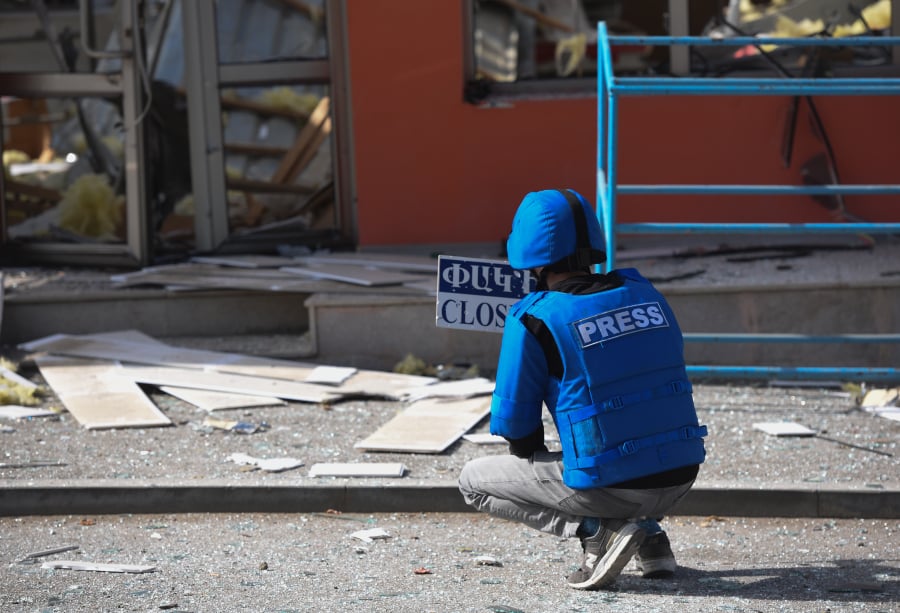 During the fight, most of the journalists were looking for bulletproof vests in Stepanakert. By the middle of the war, the vests had almost become one with our bodies. We took it off very rarely, even in a relatively safe place (I didn’t even take it off during some press conferences), because the next second you had to move somewhere. And there was no safe place anymore. The bulletproof vest was heavy, of course, but it gave a (relative) sense of security.

N.B. Most of the wounded were taken to hospitals with shrapnel wounds.

P.S. The bulletproof vest, of course, does not provide absolute protection, but even one percent more protection is important.

It is also better to avoid moving in a caravan, being found in crowded places, or near military equipment for an extended period of time.

The authorities do not wait for journalists in the war zone, they do not like them, mainly they just reconcile with their presence. From time to time journalists need to cover “this, this, but not this.” If necessary, they will try to provide possible conditions.

If you want to see, write, take photos of things they don’t want you to, you can face many difficulties. If you convince them that they also need it, the chances will increase, if not, quite the opposite.

Experience shows that working in Armenia and Artsakh according to “rules” (proposed by the Ministry of Defense/Defense Army) was not and is not effective. This was evident during the April 2016 war, the July battles in Tavush and the latest, longer-term war.

There are informants (people who write statuses on Facebook) or journalists who are more equal than others and can easily reach where the rest was “forbidden.”

During the war, local journalists were not allowed to go to the front lines, “there was no escort.” But there were escorts for foreign journalists or some other people. And a “special guest” (for example, for a blogger) was provided with the car of the Defense Army and a special “tour” was organized.

Equal conditions, universal rules for everyone, of course, do not exist. You have nails, scratch your own head.

For security reasons, not everything can be photographed, told or reported on. It may not give the reader any essential information, but it can give a lot to the enemy.

The war showed that some “smart” people can write for “likes” on Facebook, for example, approximately what the RA Armed Forces plans to do the next day.

There are cases when the choice is really quite difficult. Express immediately what you know, try to get additional information or first make sure, try to get an official comment.

It is your (as well as the editorial office’s) choice with all its good (fast and reliable information) and bad (misinformation, endangering someone else’s life) consequences.

N.B. Someone initially decided that the military, equipment and weapons should not be photographed (of course, excluding possible location). It turned out from the pictures and videos that Azerbaijan fights only against civilians, buildings, trees, but not soldiers.

But videos and pictures (produced by the military) appeared on the Internet. Everything that was definitely not needed to be seen was visible there.

If you want to work, not to relive it, you have to “turn off your brain” as much as possible. It will not work completely, but you can somewhat. And you will not experience “burnout” ahead of time.

During the days of the war, jokes about death were heard most often. Many, of course, are out of censorship. The main character was the “unmanned aerial vehicle.” A mechanism of self-defense. 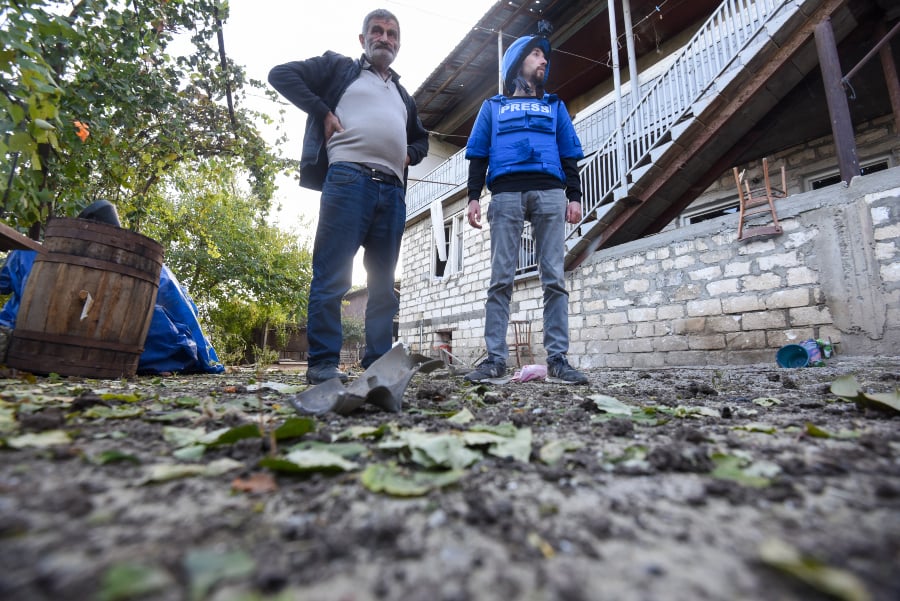 In that case, the time to relive will come a little later, even days (months) after returning home.

“Turning off the brain” in no way refers to security. You have to be careful and attentive. For example, the “whistle” of the projectile above the head suggests that you should leave the area quickly.

In some cases, you decide for yourself whether the risk is comparable to the coverage you may receive. It is not always easy.

Do not be afraid to be afraid. In some cases this feeling must be overcome, in other cases, it can save your life.