The “Cancellation” of Gallipoli Commemoration in Armenian Media 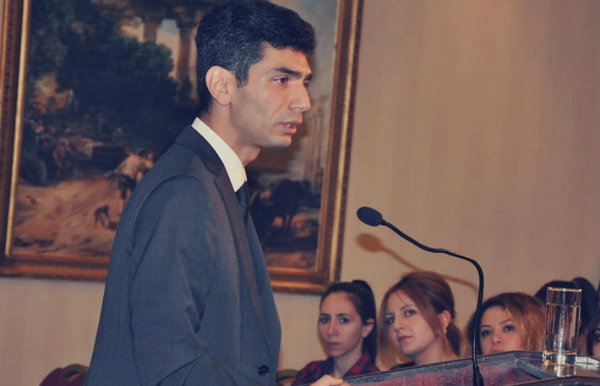 The Armenian media follows every development in Turkey very attentively and with great interest.

Anything that happens in Turkey, whether it be that it’s snowing or a bus overturned, immediately becomes the most read story in Armenian news outlets. Armenia’s media picks up and shares especially news related to the Armenian Genocide.

This happened also in the case of the “cancellation” of the Gallipoli ceremonies. A radical opposition newspaper, Today’s Zaman, without citing any sources reported that “an unnamed source allegedly says that it’s possible that the celebration will be cancelled”; that is, the newspaper cancelled even its own text several times. But we accepted our wish as the reality and began to advertise it, which was our biggest mistake.

This time the Armenian media was unable to pick up the story from Turkish media because only Today’s Zaman had published the news. One simply has to know the Turkish media industry quite well and understand who publishes this or that “leaked” information for what reason.

Turkey’s parliamentary elections will be held on June 7, and Fethullah Gülen, who owns the newspaper Zaman, has been trying to build dams against Erdogan for two years. We Armenians are not the primary target of this misinformation. The newspaper had targeted Erdogan’s potential voters — to report his failure. And it did so in the paper’s English-language version, trying to bring the Turkish president’s failure to the international arena.

When information is “leaked”, often there isn’t another source to check its validity. And if Turkey is so important for us, it would be really good if major Armenian news outlets having ample means had an Istanbul-based Armenian correspondent or source to understand what is being discussed in Turkey.

The problem of Armenian media is that it simply translates and publishes the news, becoming an intermediary of Turkish provocation. The media must have a golden rule, without professional interpretation, not to publish news in translation if its validity cannot be checked from several sources.

The media must realize that it’s not a translator but a transmitter of news. And if there’s news related to developments in Turkey, they can ask experts for comments and put the responsibility on them.

I admit that there are news outlets chasing clicks and ratings that by using the word “Turkey” in their news stories just want to increase the number of visits to their website. I see the problem more so in professional news outlets, which likewise swallowed the bait and began to comment on something that wasn’t, in fact, true.

The media also made the retraction of the news a scandal: The Ministry of Foreign Affairs of Turkey presented the retraction without any comments or apology. There was no dialogue with readers. Just as it automatically translated the misinformation, in the same way it disseminated the retraction, without even trying to justify itself.