On Problems Related to Military Information 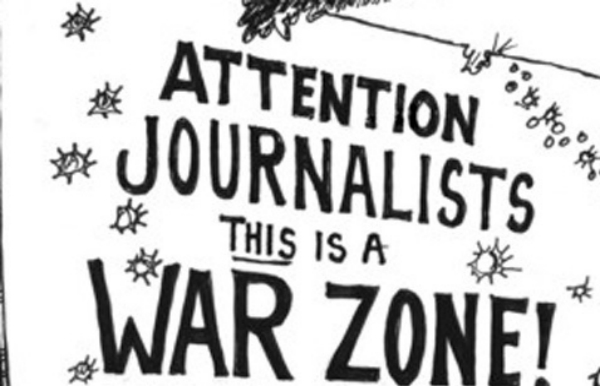 Military information concerning the Armenia-Azerbaijan border, for understandable reasons, draws the greatest amount of attention. Here we have old, already established problems, as well as issues that newly arose, it can be said, during the new year.

Let’s discuss some problems that aren’t new. In speaking about military problems, we have to remember that the army, to some extent, is a closed system, and it can never be completely transparent. The limits of the army’s transparency are outlined in the debate and even conflict between the military and civil society.

But, one way or another, the army cannot fulfill its functions completely transparently. Therefore, this author can speak about the army’s internal issues only as an outside observer, from the public’s perspective.

a. In recent years, the army was able to shape a system of public relations that garnered public trust, quickly and as transparently as possible. However, there is still the impression that the defense ministry’s and defense army’s communication channels are not harmonious, resulting in information of things happening in Karabakh becoming quite chaotic from time to time and only clarified over time.

b. The lack of military experts is a serious problem. We have a situation in which speaking or writing on military topics are a few true experts and a large number of people who have no right to touch upon such topics since they can’t tell the difference between a T-72 and a C-300.

Furthermore, there are very few journalists specializing in military reporting, who must be able to adequately convey the remarks of the few experts to the public. As a result, one can come across in the press and on social media rather surprising analyses that are far from the reality. Taking into account tension at the border, such reports don’t have the best effect on the public.

The issue is not even about spreading misinformation, but that there are practically no intermediaries who can explain to the public what is happening in the military sector, including in not only Armenia, but also Azerbaijan, Turkey, and elsewhere.

In many matters, the Armenian public gets facts and their improper, or rather politicized interpretation, which only complicates the perception of reality.

c. The Armenian press and its readers have great difficulty in differentiating between facts and propaganda, which is spread through Azerbaijani and other news outlets. However, there are positive changes in this issue.

The new situation was created by Azerbaijan. In the last month, the Azerbaijani army blocked all flows of information; it absolutely doesn’t allow information on border clashes from Azerbaijan to leak out.

On one hand, this lowers the impact of Azerbaijani propaganda and reduces the possibility of spreading misinformation. On the other hand, it contains possible risks — considering that the Armenian side is operating transparently, delivering information about losses.

In any case, taking into account tension at the border, these and other such questions cannot remain purely rhetorical.